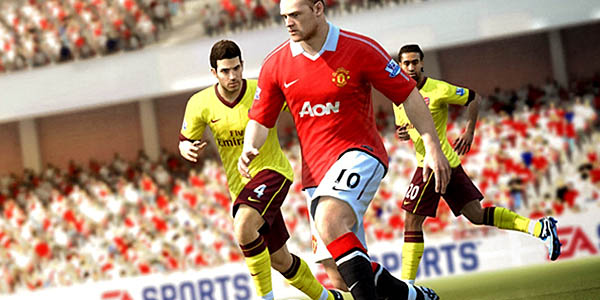 In our recent interview with EA Sports, Aaron McHardy, gameplay director of FIFA 12, said that the development team was not concerned about the new features announced for their competitor, Pro Evolution Soccer 2012, saying that FIFA 12 does the same things (if not to the same extent) and more.

“I don’t think they’ve concerned us,” he said. “I think we have forms of those things but not to the same extent or the same way that Konami have done them. But we really wanted you to be expressive and be creative on the pitch and do what you like to do with the ball. And we wanted to build features that would allow that expression, and that level of control. That’s kind of where we’re taking it.”

“I know that [Konami are] taking it in a different direction, and being more specific about things like player runs and all that,” he continued. “But I think what we’re doing is better for our game, so we’re not concerned about the features they’re doing, but I’m sure they’ll fit perfectly with their game. “

In the same interview, McHardy also said that the FIFA development team feels it’s good to have Konami around, since both competing games push each other to become better.