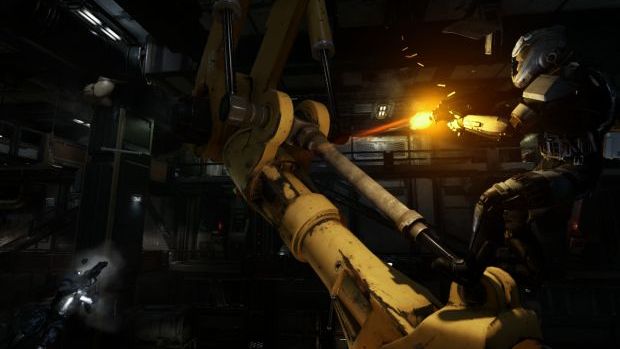 Cloud Imperium’s Star Citizen continues to grow after amassing more than $80 million in crowd-funding as of April 2015. En route to the release of additional gameplay modules, creator Chris Roberts has revealed the official name for the first person shooter module: Star Marine.

Star Marine’s various details including the development, movement system, Zero-G combat and much more have been elaborated on in this Roberts Space Industries post so it’s well worth looking into. Roberts also talked about overhauling the game’s matchmaking and introducing a game instance manager and party service. The goal is to reduce queue times for matchmaking and should help players create or join games that much faster.

Other changes and improvements including fixing anti-aliasing issues, optimization of characters and levels of detail, character class and type specifics, more physically accurate materials and much more. A release date has yet to be announced for the Star Marine module so stay tuned for more information in the coming months.