What Went Wrong With Days Gone?

Sony’s first party output sees a noticeable dip- but just how noticeable is it, really?

Posted By Shubhankar Parijat | On 01st, May. 2019 Under Article, Editorials

The Sony Worldwide Studios mark of guarantee has become strong enough over the years that Days Gone’s success on the market was hardly every in doubt. And certainly, it seems like even in spite of the relatively lukewarm reception it has received from critics at launch, the game’s going to do just fine in terms of sales- at the very least. In the UK, for example, it has debuted on top of the charts, beating stiff competition from fellow debutant Mortal Kombat 11– most notably though, it’s also become the biggest retail launch in the country for 2019 so far.

Sure, those figures only account for physical, boxed sales, and sure, these are only launch sales- but when you consider the number of major 2019 releases Days Gone has managed to outsell at launch, you can’t help but be impressed. The likes of Kingdom Hearts 3, Resident Evil 2, Sekiro: Shadows Die Twice, Far Cry: New Dawn, New Super Mario Bros. U Deluxe, and The Division 2 have all come out this year, and Days Gone has had a better launch than all of them.

But while the game’s commercial success seems like a sureshot right now, its critical reception hasn’t been nearly as impressive. An Opencritic score of 72 (at the time of writing) is by no means “bad”. But when you look at the sort of games Sony’s first and second party studios have put out over the last few years, one can’t help but look at Days Gone like a pretty significant blip. So how exactly did we get here?

Let’s get one thing out of the way first, though- Days Gone isn’t a bad game. Its issues are many and hard to ignore, but by and large it’s a fun – if flawed and generic – experience. Its systemic open world nature makes for some great emergent gameplay, and while a lack of polish and dull story are letdowns, there’s more to like here than there is to dislike.

So why does it feel like such a blot on Sony’s record? Because in many ways, Days Gone is an example of Sony becoming victims of their own success.

Starting with Bloodborne in 2015, the lineup of games to have come out of Worldwide Studios exclusively for the PS4 has been stellar. Barring the disappointing Gran Turismo Sport in 2017, all major first and second party releases have been excellent. After Bloodborne, 2016 saw the release of Ratchet and Clank, Uncharted 4, and The Last Guardian. In 2017 we received Horizon: Zero Dawn and Uncharted: The Lost Legacy. 2018 was perhaps the single greatest year in PlayStation history ever, delivering Detroit: Become Human, Shadow of the Colossus, God of War, and Spider-Man, all in one single year. 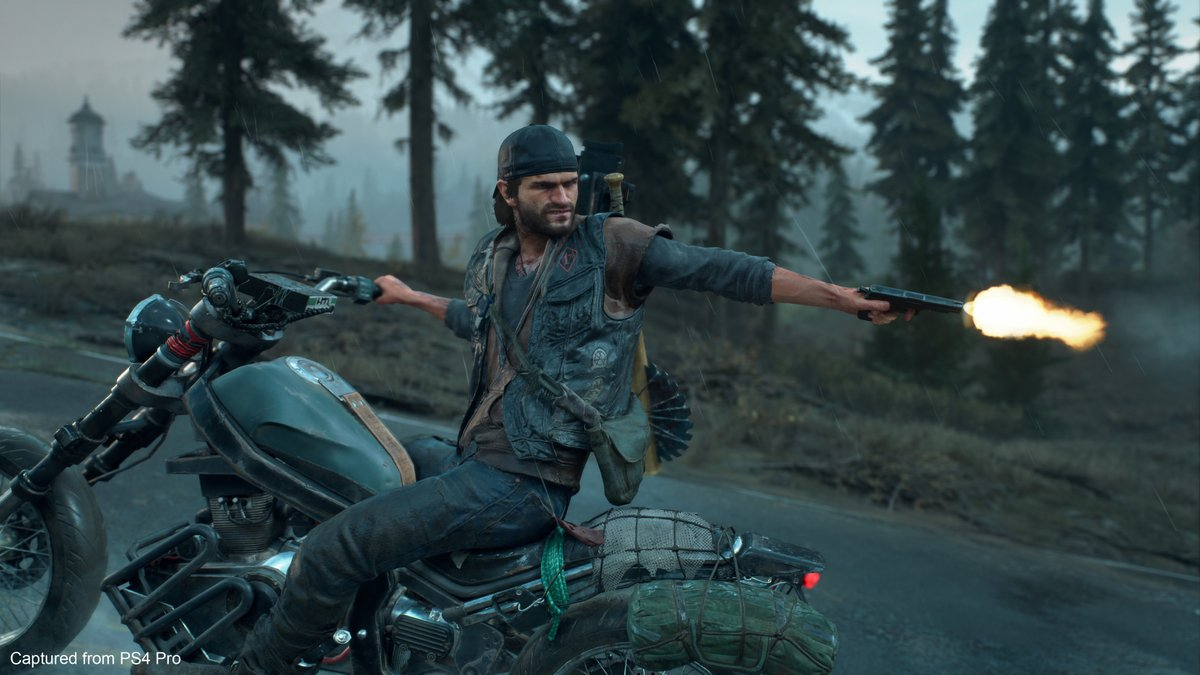 After a span of four years that saw all those releases, expectations from games under the SIE Worldwide Studios banner have understandably been sky high. Days Gone is an enjoyable game, but it’s nothing special, and has notable flaws- and the fact that it isn’t a home run like so many other Sony games have been in recent years is the biggest knock against it. Does that seem a little unfair? Sure it does. But it’s also not hard to see why people have come to expect a certain standard of quality from Sony exclusives- and when a game doesn’t match that standard, criticism is all but guaranteed.

There are a few things we should take into consideration though, in all fairness- Bend Studio is significantly smaller than most of Sony’s other major first party studios. While the likes of Horizon: Zero Dawn, God of War, and Uncharted 4 have been backed by massive studios that have huge workforces, Bend Studio, relatively speaking, is much smaller in size at roughly 150 people. Even Insomniac Games, who’re smaller than the likes of Guerrilla Games and Sony Santa Monica, are a larger studio than Bend.

Then you take into account the fact that Days Gone is a pretty huge open world title, with tons of details, and several systems and mechanics constantly interacting with each other. With a production as large as this one, it’s not that surprising that a relatively smaller studio like Bend put out a product that wasn’t as polished what someone like, say, Naughty Dog might do.

Sure, some problems with Days Gone cannot be attributed to the studio’s smaller size. Its generic nature and lack of creative imagination is in stark contrast with what something like God of War achieved just last year, while the weaker writing and dull story of the post-apocalypse title also falls short of the gold standards Sony has set for itself. But with a game as large as this, is it really a surprise that a studio roughly half the size of Guerrilla Games wasn’t able to achieve the same level of quality?

There’s also the fact that Bend Studio doesn’t have nearly as much experience with major big budget AAA releases as the likes of Naughty Dog, Sony Santa Monica, Guerrilla Games, and Insomniac do. Before Days Gone, in recent years the studio has worked on Uncharted: Golden Abyss for the PS Vita, and Resistance: Retribution for the PSP, before which, for a long period of time, they were singularly focused on Syphon Filter. All of those are great games with huge fan followings, but none of them are exactly what you’d call big budget AAA releases.

Days Gone entered full production in 2015, and surely, with a few more months in the oven it would have been a significantly smoother experience. Maybe Sony wanted to push it out to get that early year exclusive hit the way they have been doing for a while now. Maybe Bend thought that this was the best they could do with the project they were working on and the workforce and resources they had at their disposal. Either way, the end result, as we’ve seen in recent days, is less than stellar critical reception.

Again, Days Gone is by no means a bad game. Not being excellent is by no means a crime, and though it’s disappointing that Sony’s streak of landmark exclusive releases has seen a blip, maybe once in a while, “good” can and should be good enough. Hopefully, the commercial success of Days Gone – which should be a given if it continues at the same pace it has kicked off at – will mean that Bend gets to expand and grow, and to have more resources and manpower to polish up a hypothetical sequel. If nothing else, Days Gone certainly shows a lot of potential, and should the stars align, the sequel come end up being something special.