What Went Wrong With Scalebound?

What the hell happened to Scalebound?

Platinum Games has certainly been riding high for a while now, and will probably continue to do so. Why wouldn’t they? They’ve produced some of the previous decade’s most memorable action games despite only existing for a relatively short while compared to other developers of similar skill. After two much smaller companies merged to create Platinum Games in 2007, Sega put them on the map by publishing four of their games. Madworld on the Wii, Infinite Space on the DS, as well as the criminally underrated Vanquish for the same platforms. By the time those four games were out in the wild, Platinum Games would quickly become known for their over the top action, dazzling special effects, and extremely creative artistic designs.

This would lead them to create many other games over the last several years. Metal Gear Rising: Revengeance, Transformers: Devastation, and Nier: Automata, most notably, were also great games in their own right and further solidified the developer’s reputation as one of the hottest action developers on the scene. However, as Nier: Automata was a timed Playstation 4 exclusive, Platinum also had big plans for an Xbox One exclusive; Scalebound. 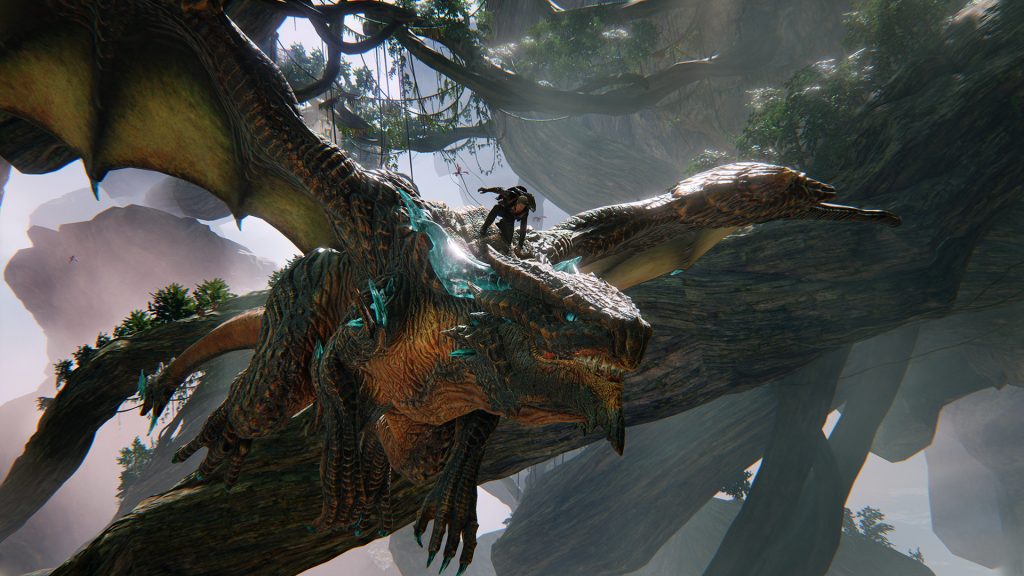 You may remember it as the insanely cool looking dragon game, but still fit the tone of the game anyway. Where Nier: Automata was more artistic, cerebral and emotional, Scalebound was looking to be more edgy and fueled by a healthy mix of attitude, which was more appropriate for the Xbox audience than the ethereal, nebulous nature of a game like Nier: Automata. Nevertheless, despite being tailor-made for the Xbox audience, Scalebound had the attention of gamers of all persuasions with it’s slick graphics and unique idea of throwing massive dragons into the mix of a modern third-person action game.

On top of the typical Platinum action game expectations you would have for this game, it would also feature dragon combat, flying, massive arenas, and an interesting dynamic between the main character and his gargantuan dragon that would make you want to protect him, as either character dying would mean certain death for the other. Kind of like Dragonheart.

With the pedigree of Platinum Games already well-established at this point, and Scalebound looking extremely intense, the game was poised to not only be a success but also potentially serve as a system seller that the Xbox One could have really benefited from. Yet, here we are, with no Scalebound. So what went wrong here? With everything being as in place as it was, and Microsoft on the verge of finally having something new and interesting to garner some new interest in their console which was getting smoked by its competition at the time, how could the game not even make it to store shelves? What the hell happened to Scalebound?

2014 was an interesting year with the new consoles already out in the wild and battle lines being drawn with Xbox One’s and PS4’s various exclusives and features doing all the talking, one thing was clear, and that was that the Xbox One needed some killer games. The first Scalebound trailer, while only CG, was extremely fascinating and generated some much-needed positive buzz for Microsoft. Behind the scenes however, was a lot of stress and apparent miscommunication between Microsoft and Platinum.

As you can see from Scalebound’s second trailer which did show off the gameplay, there’s a lot going on here. From the ground attacks of the main character to the dragon-riding mechanics and flying around in the air, surely this was a lot to handle, and perhaps even a bit more than the team was capable of.

Obviously Platinum had shown their ability to pull off several different types of action games, but with all of this added in, it probably ballooned into a much larger undertaking than either they or Microsoft had expected. On top of that, Platinum Games was also working on several different projects at the time, perhaps spreading themselves too thin. Reportedly, Microsoft’s Phil Spencer was not a fan of this as he and others were starting to feel like Platinum wasn’t prioritizing Scalebound as much as they should have been considering the massive amount of money that Microsoft was paying them to make it. This might seem like a cold, corporate way to look at it, but honestly, it’s pretty understandable from Microsoft’s perspective. If somebody gives you money to do X, and you appear to be doing Y, Z, and W with it, wouldn’t they have a right to be a little ticked off about that?

Microsoft was obviously keeping a closer eye on things than most thought, and many of the top decision makers at Xbox had decided the game wasn’t going to meet expectations set by the trailers. The cancellation of the project was ordered in 2017, as the game was already multiple years into development, and to the dismay of the leagues of gamers who were excited to play it.

It’s hard to say exactly which party is at fault here, as Microsoft would contend that Platinum was dragging their feet with the game and utilizing Microsoft’s budget in a less than satisfactory manner, Platinum would probably retort that development is never a straight line, and projects should be afforded some space to expand and contract as needed to get the game completed in line with it’s artistic vision. 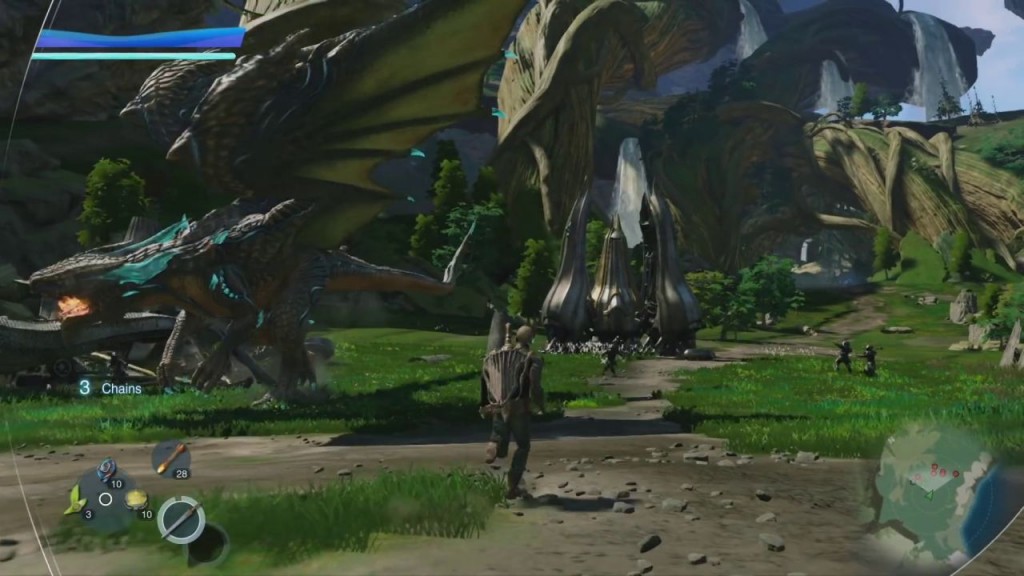 Both perspectives are valid ones, although one thing is for sure, a strict attitude like the one coming from Microsoft and the fluid, hectic development style of Platinum appear to just not be a good mix. As Platinum’s work with Sony and Nintendo likely has more chemistry with how Platinum works, Microsoft’s philosophy might just be incompatible, and there’s nothing wrong with that inherently. It’s just unfortunate that we had to lose out on a great looking game like Scalebound for them to figure this out. Sometimes you have to cross a line to know where it is though, and this time, it was Platinum discovering where Microsoft’s lines were, and Microsoft not liking it at all.

All might not be lost though. Rumors have been swirling about Scalebound coming to the Nintendo Switch for some time now, and with how Platinum and Nintendo successfully teamed up, it doesn’t sound too far-fetched of an idea. However, Scalebound’s IP is still in the hands of another party; Microsoft. Who knows what they plan to do with it. It’s totally within their right to give it to somebody else to get it done. Maybe one of the studio’s they recently acquired like Ninja Theory.

The former lead producer of Scalebound, who left Platinum after the game’s cancellation, has expressed doubts about the rumor’s citing the same point about IP ownership. So if it is happening, it would be without the knowledge of most gaming insiders, which doesn’t make it impossible, but does make it less so. Perhaps we’ll see this unique IP return in some form someday, but for now, we’ll just have to hurry up and wait.