Where Is Demon’s Souls On PS4?

Does it even exist?

In 2011 with Dark Souls, FromSoftware kicked off a true phenomenon in the industry. It’s a game that’s credited with essentially creating an entire sub-genre of its own, and its influence can be seen in many, many titles even today. But it wasn’t the first of its kind- before Dark Souls, there was Demon’s Souls, which created the blueprint for the successful formula FromSoftware has stuck to over the last decade.

For some reason though, Demon’s Souls fans have become convinced over the last couple of years that the game is in line for some sort of a revival- a remake, a remaster, or a re-release, but a new lease of life on the PS4 either way. And to be fair, it’s not hard to see why. The Souls formula and moniker has a much wider reach and is much more beloved now than it was when Demon’s Souls first came out, at which point it was deemed a bold experiment that was targeting niche audiences. We also recently saw a remaster for Dark Souls, so questions about why its predecessor – which has a strong and dedicated fanbase of its own – can’t receive similar treatment are also valid. Finally, there’s the fact that in Bluepoint Games, Sony has a partner it has worked with before for the revitalization of a beloved classic. 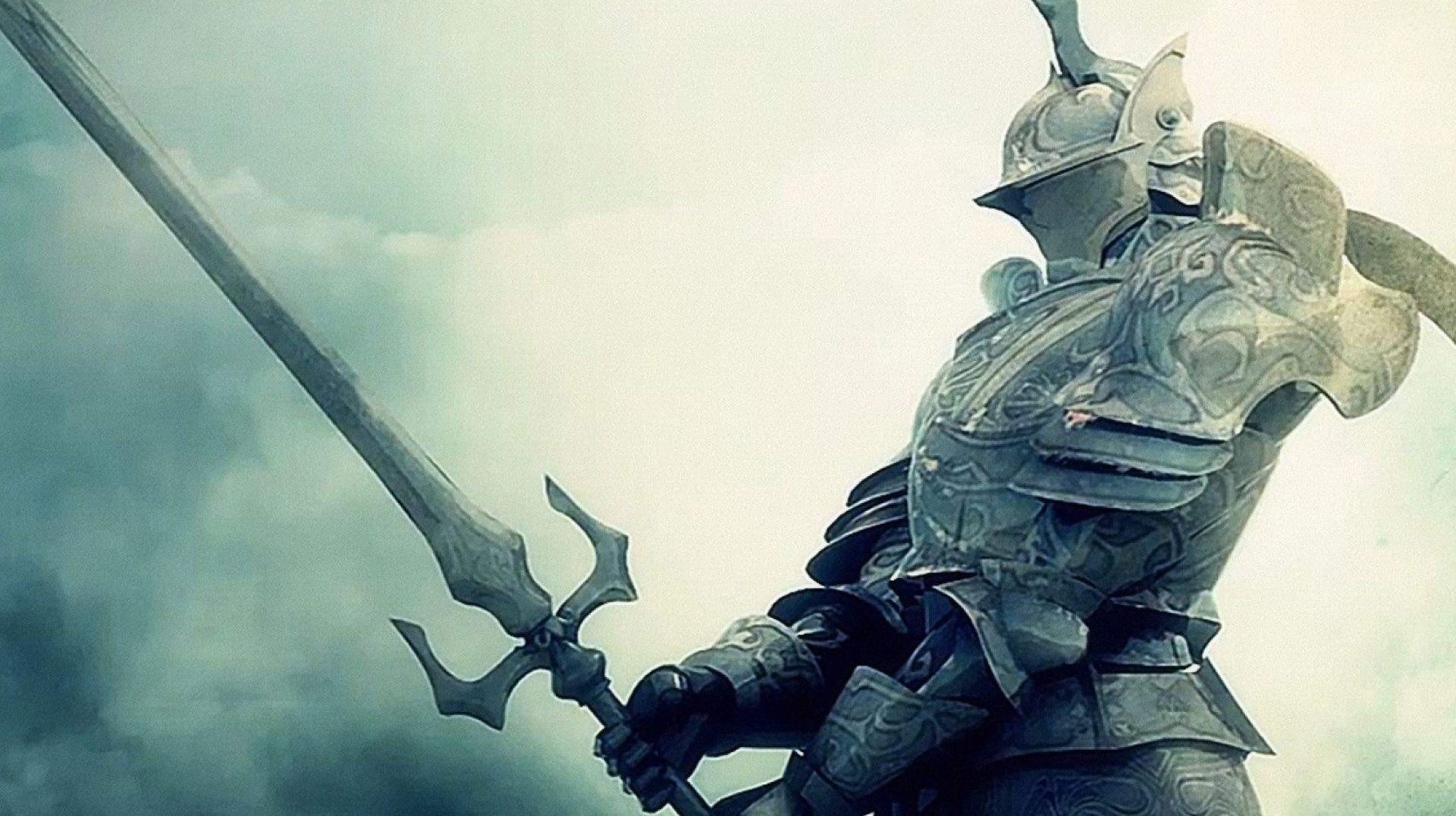 Put together, all these dots become easy to connect, and the belief that a Demon’s Souls remake is on its way has continued to grow more and more profound. But this generation is almost over, and there’s been very little concrete evidence to suggest that that might actually be the case. So what’s the deal? Is it just excessive optimism, a pipe dream that fans are hoping to will into existence? Did the idea of a Demon’s Souls remake on the PS4 ever even actually exist? Where the hell is Demon’s Souls on the PS4?

Speculation about a Demon’s Souls remake has been doing the rounds on the internet for a long time now, but it’s worth noting that neither FromSoftware nor Sony – who own the IP – have ever really said anything that would lead us to believe that speculation. FromSoftware’s Hidetaka Miyazaki has said in the past that it’s a Sony IP, and Sony alone can make that decision, while also making it clear that FromSoftware themselves would’t be involved in such a project.

Sony, on the other hand, have been absolutely silent on this front- which doesn’t necessarily have to mean that the speculation is untrue. One might argue that if Sony is indeed working on a Demon’s Souls remake and is waiting to officially announce it, they wouldn’t want to say anything to spoil that before an official announcement is made, right? The party here that our speculation hinges on, then, is not any of these two. It’s Bluepoint Games. 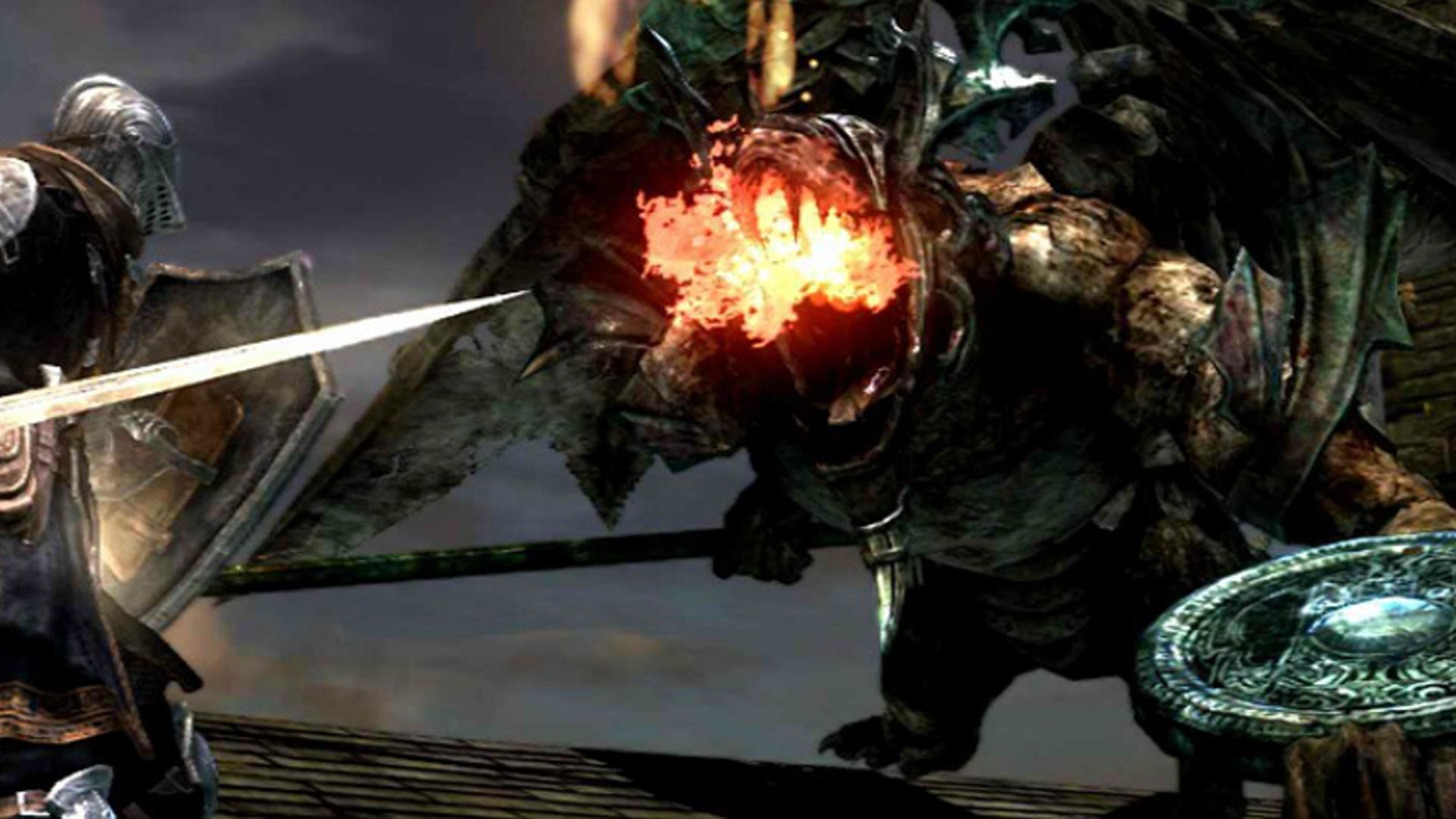 Bluepoint is a studio that’s been known for making multiple remasters and HD re-releases in the past, and in 2018, they released what was probably their best work yet- a PS4 remake for Shadow of the Colossus, an absolutely brilliant recreation of the widely beloved 2005 PS2 masterpiece. That Bluepoint is working on another game – and that it is another remake – is no secret at this point anywhere, while we also know that it’s a game that is being made for current gen hardware.

Bluepoint Games themselves, meanwhile, have also openly spoken about their new project in the past, having said that it’s going to be bigger than Shadow of the Colossus in scope, and where that was more of a 1:1 recreation of the older classic, their new game is going to be more of a re-envisioning than a remake– which would mean we’re in line for something that’s more like, say, this year’s Resident Evil 2, as far as sticking to the source material is concerned.

But why is it that people have taken that to mean that the game they’re working on is Demon’s Souls? It’s worth mentioning that many have also speculated that Bluepoint might be working on a Metal Gear Solid remake- but that seems unlikely for a number of reason, the most obvious of which is Konami’s unwillingness to do anything substantial with its more major IPs right now. Even so, is it only through the process of elimination that we’ve convinced ourselves that a Demon’s Souls remake made by Bluepoint Games isn’t far away? Yes, it’s a Sony property, and Bluepoint and Sony have collaborated in the past, and we know Bluepoint is working on another remake- but are those things actual “evidence” to suggest that the game they’re working on is Demon’s Souls? 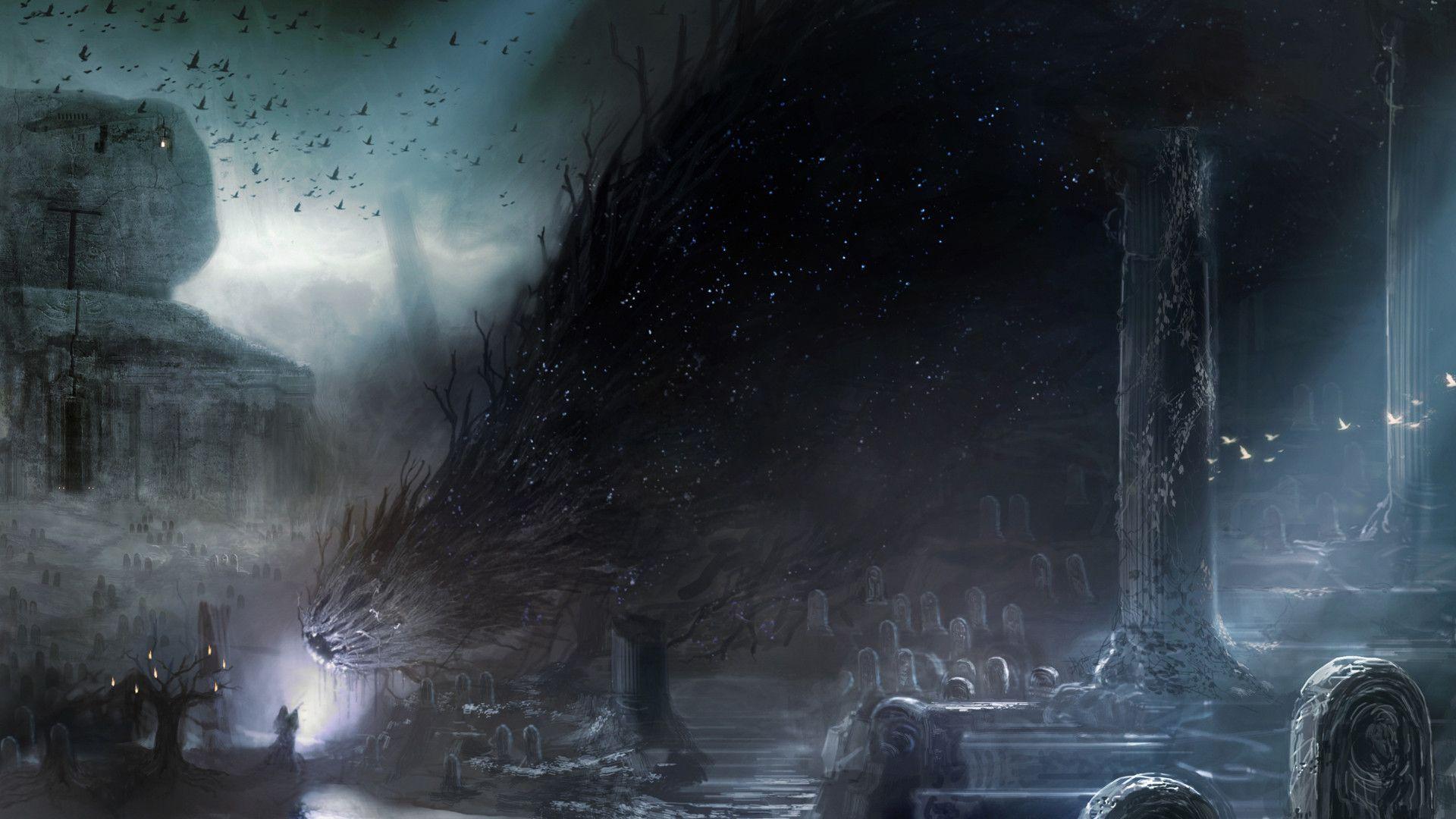 Of course, there have been a few other things in the recent past that have suggested similar things. As recently as June of 2018, Sony Worldwide Studios president Shuhei Yoshida confirmed that there are still PS4 exclusives that are in the works and that haven’t yet been revealed. Meanwhile, earlier this year, reports also emerged that Sony was working with a second party studio on a “fairly substantial” PS4 exclusive.

So while we have a lot of things that vaguely hint at something that might be related to Demon’s Souls, there’s no actual hard evidence that might convince us of that possibility. For now, it’s all conjecture, based on admittedly a lot of incidences.

As I mentioned at the beginning of this feature though, the timing is ripe for a Demon’s Souls remake, if such a thing does indeed exist. The Souls stock is souring higher than ever, the game itself has a huge fanbase, while many who never played it back when it first launched would flock to it in huge numbers based on their experiences with Dark Souls. Bluepoint have also proven themselves to be incredibly talented at recreating beloved classics. 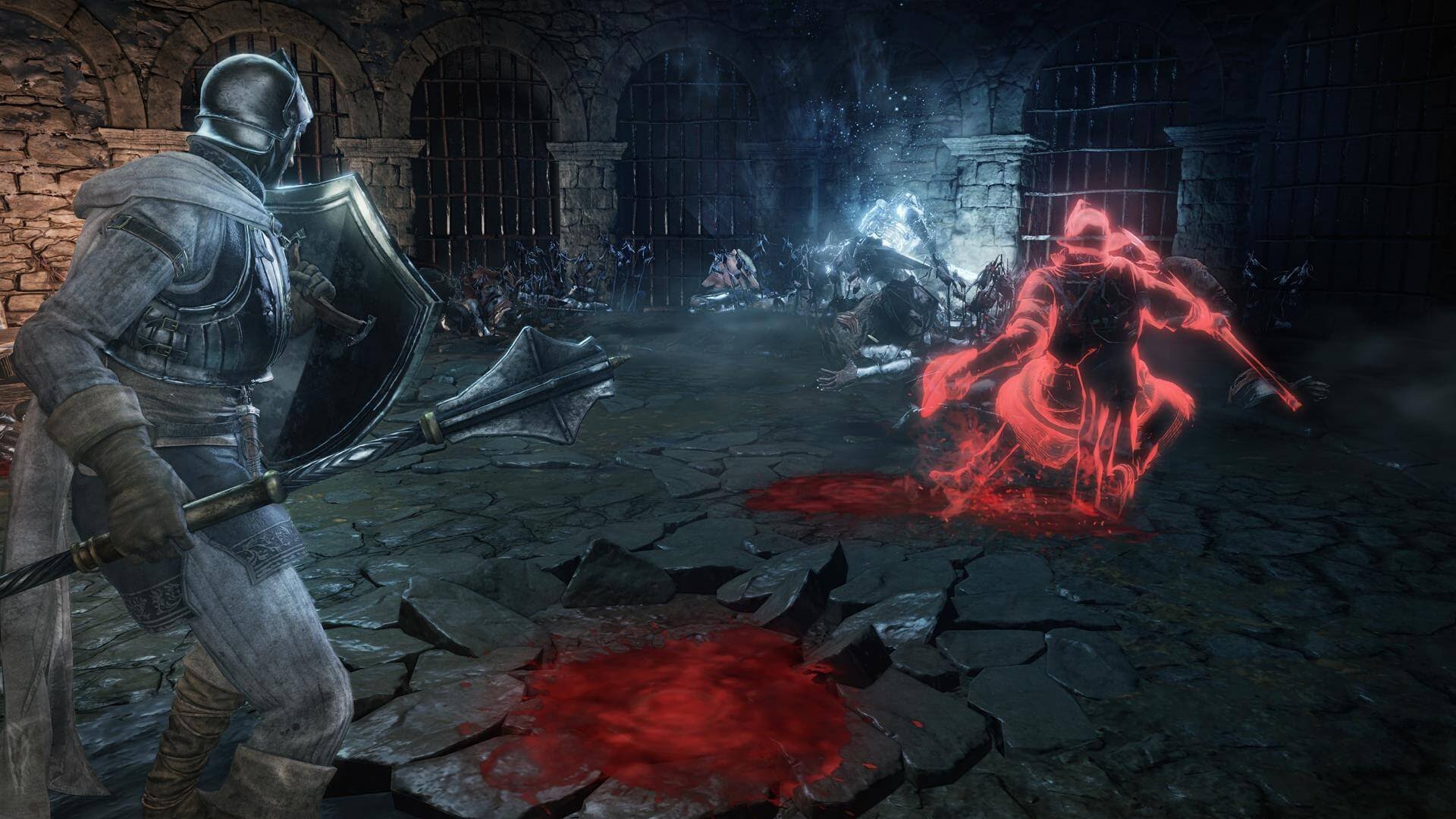 And sure, with the generation coming to an end not long from now, many might be thinking that Sony would want to save something as major as a Demon’s Souls remake for next gen. But it’s not like Son’y hasn’t been known for releasing major exclusives on consoles in their final months and years. From God of War 2 on the PS2, to the likes of Beyond: Two Souls, Gran Turismo 6, and The Last of Us on the PS3, to even something like the upcoming Ghost of Tsushima, Sony has no qualms with saving major exclusive releases for the end of a console’s life cycle.

So yes, it’s easy to see why people believe Demon’s Souls may get some form of a re-release soon- but circumstances are not confirmation, and any kind of certainty regarding a Demon’s Souls remake is jumping to conclusions. Hopefully, it does happen, but if it doesn’t, then remember- there was never any concrete indication that it would to begin with. Either way, with the PS5 just beyond the horizon, it’s not long till we find out one way or the other anyway.