White Noise 2 Interview: In The Shadows

Asymmetrical multiplayer titles, especially those which pit one team of players against nigh-unkillable monsters or murderers, have been quite popular over the years. Aside from Friday the 13th: The Game, we’ve had Dead by Daylight and White Noise with the latter’s sequel having released earlier this year. White Noise 2 has since been made available for Xbox One and PS4 with updates still coming.

Alejandro González of Milkstone Studios spoke to GamingBolt about the game and what should be expected should you delve into the horror of survival. 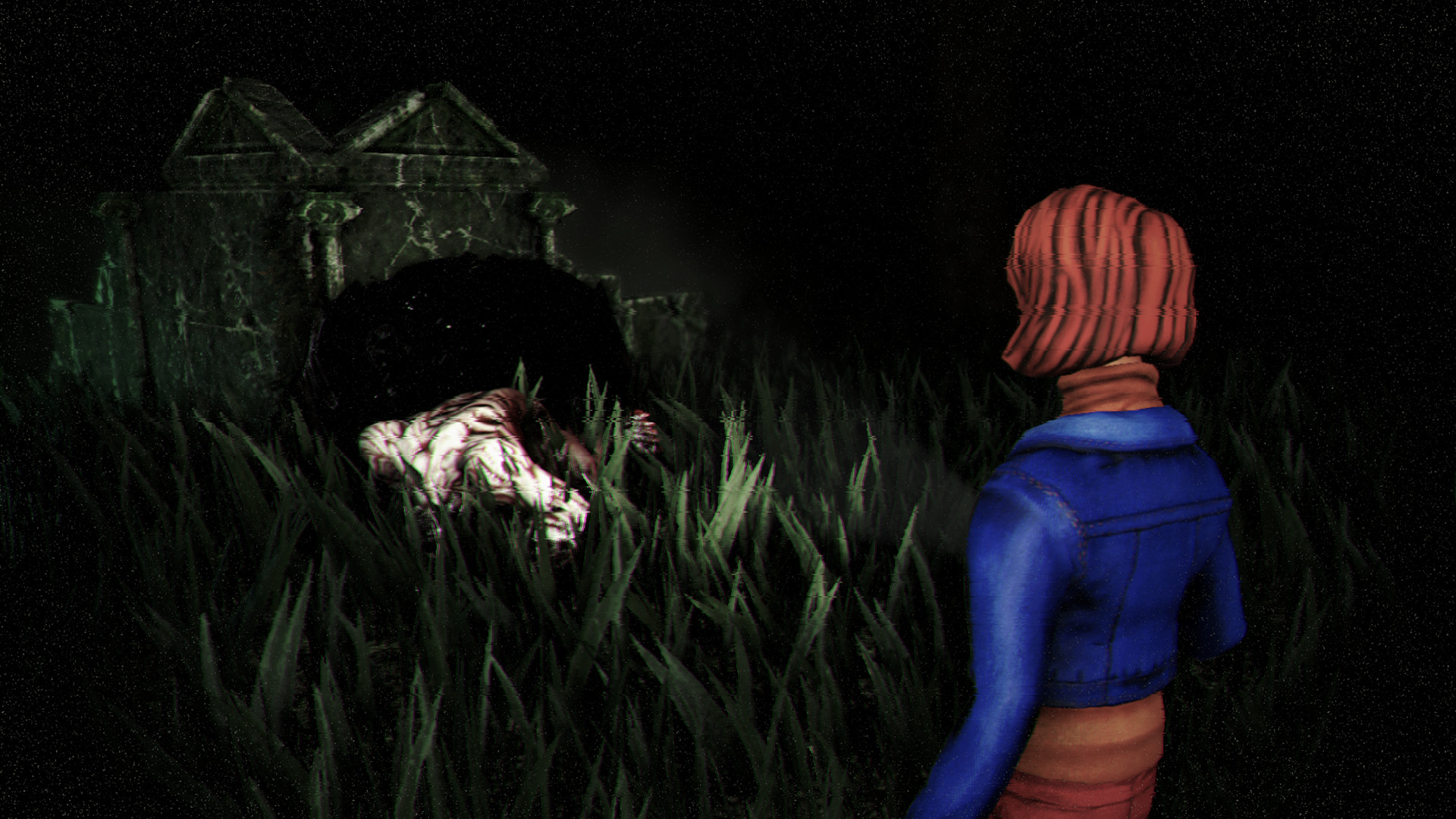 "We haven’t played the other games, so I can’t be entirely sure about that, but from what users are telling, White Noise 2 is the one with the best horror feeling and most balanced gameplay."

What can you tell us about the success of the first White Noise? What inspired you to pursue a sequel rather than continuing to build on the first game?

The original White Noise/White Noise Online, released on early 2013, was an indie game released on the Xbox Indie games marketplace for the Xbox 360, and later on Steam. It was a huge success with over 500,000 units sold. However, the marketplace didn’t really support frequent updates or additional content, so maintaining it was a bit of a pain (even with that we added plenty of new content!). Also, the engine was a custom one that got a bit older. So after our successful games Ziggurat and Pharaonic done with the Unity Engine, released on Steam and consoles, we knew we could do what we wanted for White Noise, and went on to make a sequel.

White Noise 2 uses a 4 vs 1 style of asymmetrical multiplayer. Given the number of similar horror titles that have released this year, what do you feel stands out the most about your game?

We haven’t played the other games, so I can’t be entirely sure about that, but from what users are telling, White Noise 2 is the one with the best horror feeling and most balanced gameplay. However it lacks the fame or treadmill mechanics to keep people coming back to the game, so the player base is smaller. It’s also a bit more complex to grasp all mechanics in there to guarantee a fair game.

What can you tell us about the investigators? How did you go about developing these characters and making them stand out, especially when things get crazy?

More or less we wanted to follow the style set by the characters of the original White Noise Online: Realistic environments, slight cartoonish characters. We tried to add people from different ethnias and professions (private investigator, fortune teller, antique dealer), as well as some out-of-place characters (old rocker, high schooler…).

The addition of voice lines and specific stats/traits gives them plenty of character. We make sure both are tailored for the kind of character we wanted to do (stealthy, coward, sprinter, etc). 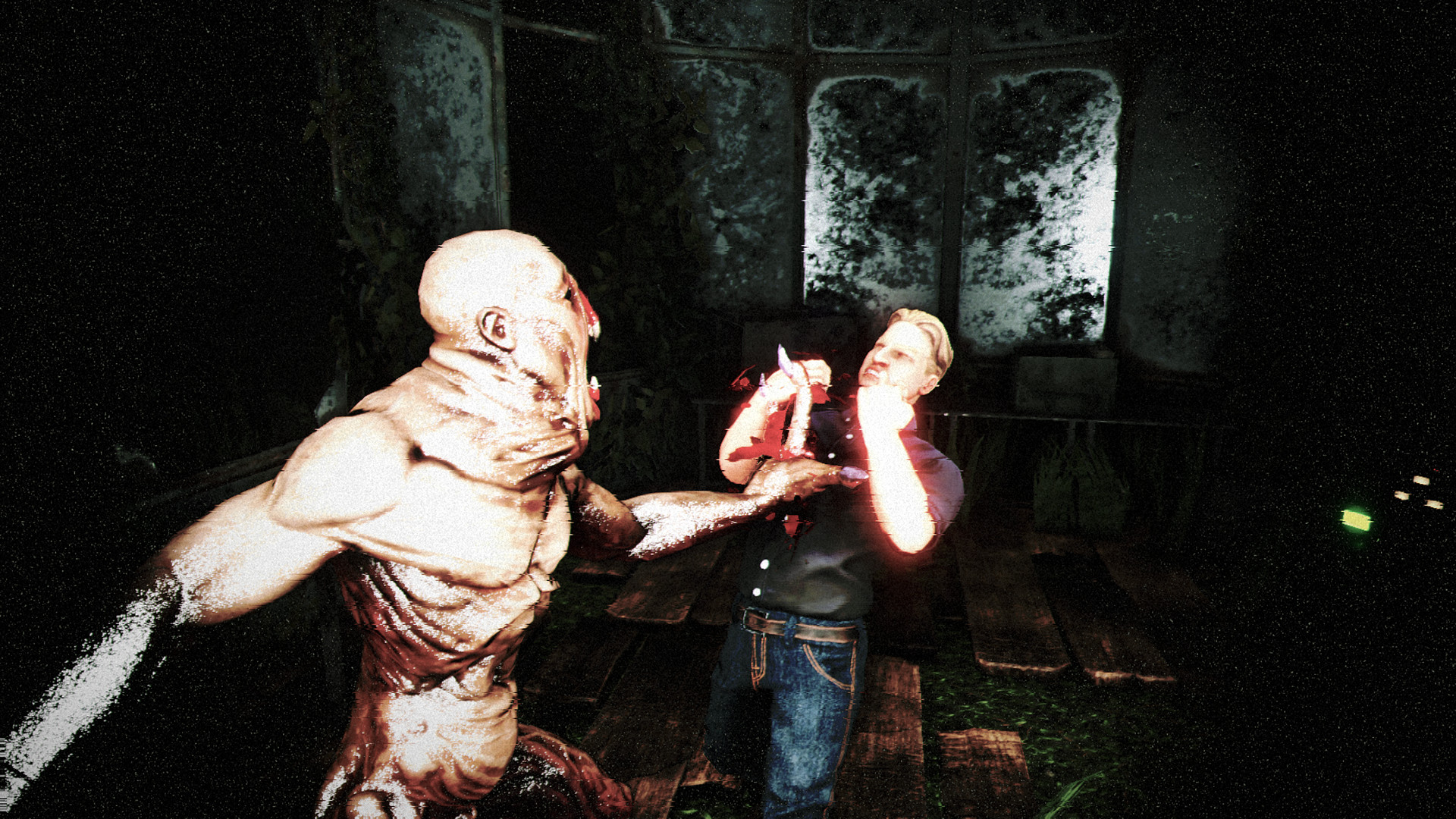 "For the asymmetrical issues, the most important one is the segregation of players: If everyone wants to pick the same team, there’s no game to be played."

Could you tell us about the different specializations and skills that each character could have? How do you balance the game for so many possibilities like faster character movement or better exploration skills?

It depends on each specific skill. Most of them are just minor improvements that don’t really change the way the game is played (such as higher bravery). Others are more game changers (Auras that improve your teammates’ skills) and require specific tactics to take advantage of them.

We do have a quick update cycle, so if something is broken (either because it’s too strong/weak, or because there’s a combo we didn’t think of) we quickly take care of it. To get this data we rely on analytics, people feedback and our own instinct.

Level design feels like itd be a key factor in games like White Noise 2. What challenges did you face when creating the levels and how many can players look forward to?

Actually, the rules for level design in WN2 are usually the opposite of what most games should follow: We want levels that you can’t easily memorize, where it’s easy to get lost or walk in circles, etc. The most difficult part was the “no dead ends” rule: No matter where, an investigator should have a way to flee from the creature, and more than one way to enter an area, to prevent camping from the creature (there are many game mechanics in place to prevent this as well).

There’s also the need to create recognizable landmarks even if the overall map shouldn’t be easily memorized. Usually people will memorize “The entrance is close to the library” or “These Greenhouses are close to the bridge”, and follow a path from there, which is good, but it can be exploited to clear the map quickly without the need of looking for clues.

Network code and matchmaking are also trickier aspects when it comes to multiplayer titles. How do you handle these in White Noise 2? What unique challenges did the game‘s asymmetrical nature bring?

We use each platform (Steam, Xbox One, PS4) matchmaking API. It’s not the ideal way (the ideal would be to have our own matchmaking servers, do cross-platform, etc), but it’s the easiest one for a small team. There’s no Ranked mode so no need to perform complex algorithms to match players. Even if it’s a balanced game, we don’t think it’s a strongly competitive game where victory means all. You need to play to win, but you should be able to enjoy the game even if you end up losing (specially as an investigator).

As for the asymmetrical issues, the most important one is the segregation of players: If everyone wants to pick the same team, there’s no game to be played. Fortunately that hasn’t been the case, and we allow changing teams in the lobby without the need to create a new game, so people can just switch from time to time. 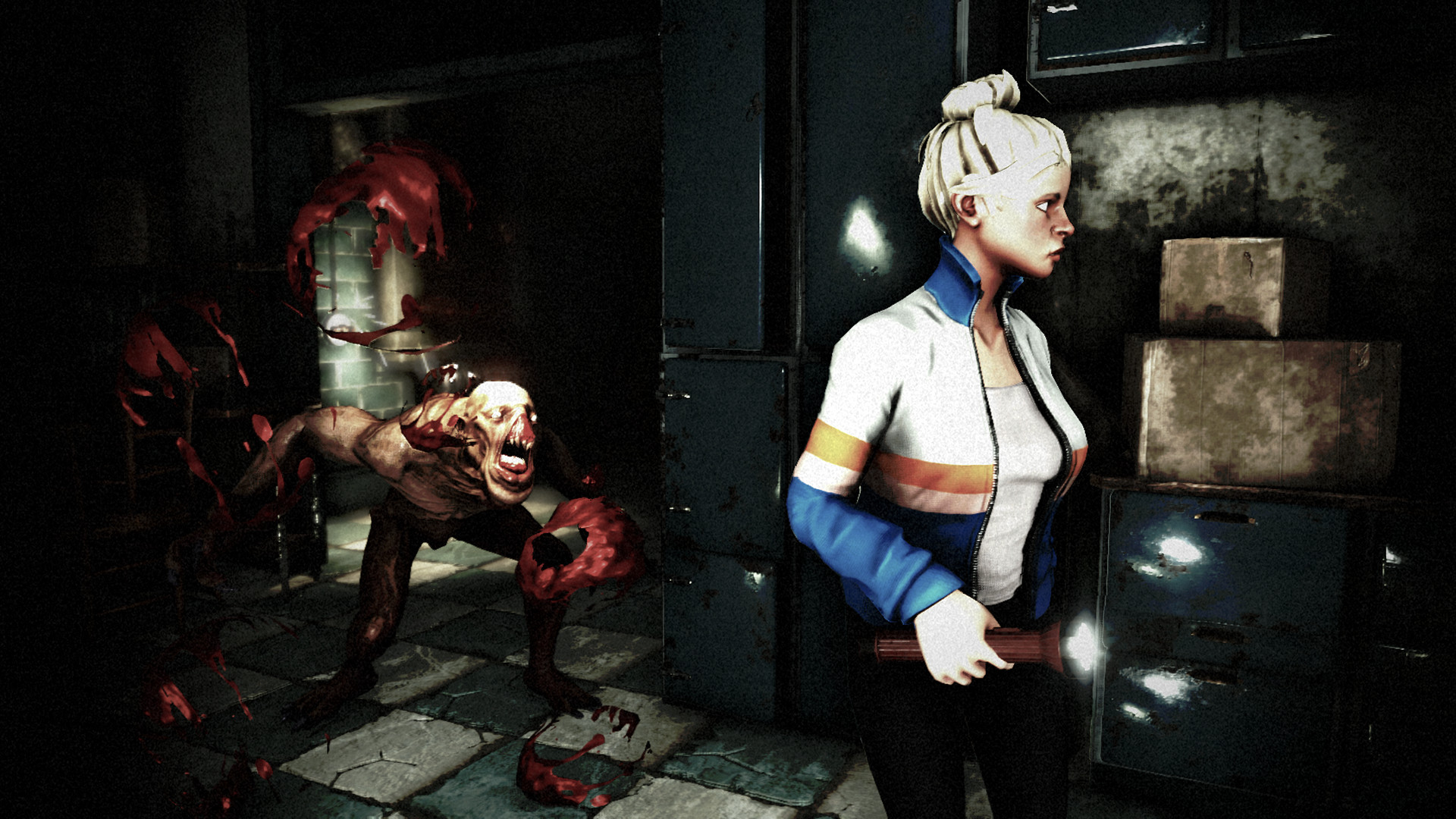 "PS4 is a strange market. It has a strong player base, but we always see higher sales numbers on Xbox One."

The Replay screen from the previous game returns but what‘s changed about it? Will players be able to save replays or edit them in interesting ways?

Actually, the replay screen hasn’t seen many changes from the original WNO. We could show a map layout if we wanted, but we don’t! As I said before, we try to avoid memorization by players, so we just show the path they followed over a blank whiteboard. Saving replays isn’t an option yet, we may add it in future updates (the original WNO saved them automatically IIRC).

White Noise 2 has already seen a number of updates and post-launch content. What plans do you have for the future and will there be any meatier expansions in the works?

During its Early Access on Steam, we said that we would keep releasing updates and new content as the game continued to have support from the community. And we intend to keep our word. We’ve released a bunch of content for Halloween (new free creature, new DLC creature, Halloween masks), and have started work on a new map that should be ready before Christmas.

How has the reception been to the recent launch of White Noise 2 on the PS4?

PS4 is a strange market. It has a strong player base, but we always see higher sales numbers on Xbox One. In WN2 case, the launch sales for Xbox One were great. On PS4, launch sales have been lower, but it has strong day-by-day numbers, so in the end both platforms are doing fine.

We always aim for 60fps, and usually the game runs near those rates, but it can drop from time to time to lower values. They should always run over 30fps.

The PS4 Pro has a steadier frame rate and some quality settings are a bit higher, but nothing too fancy. Still 1080p. 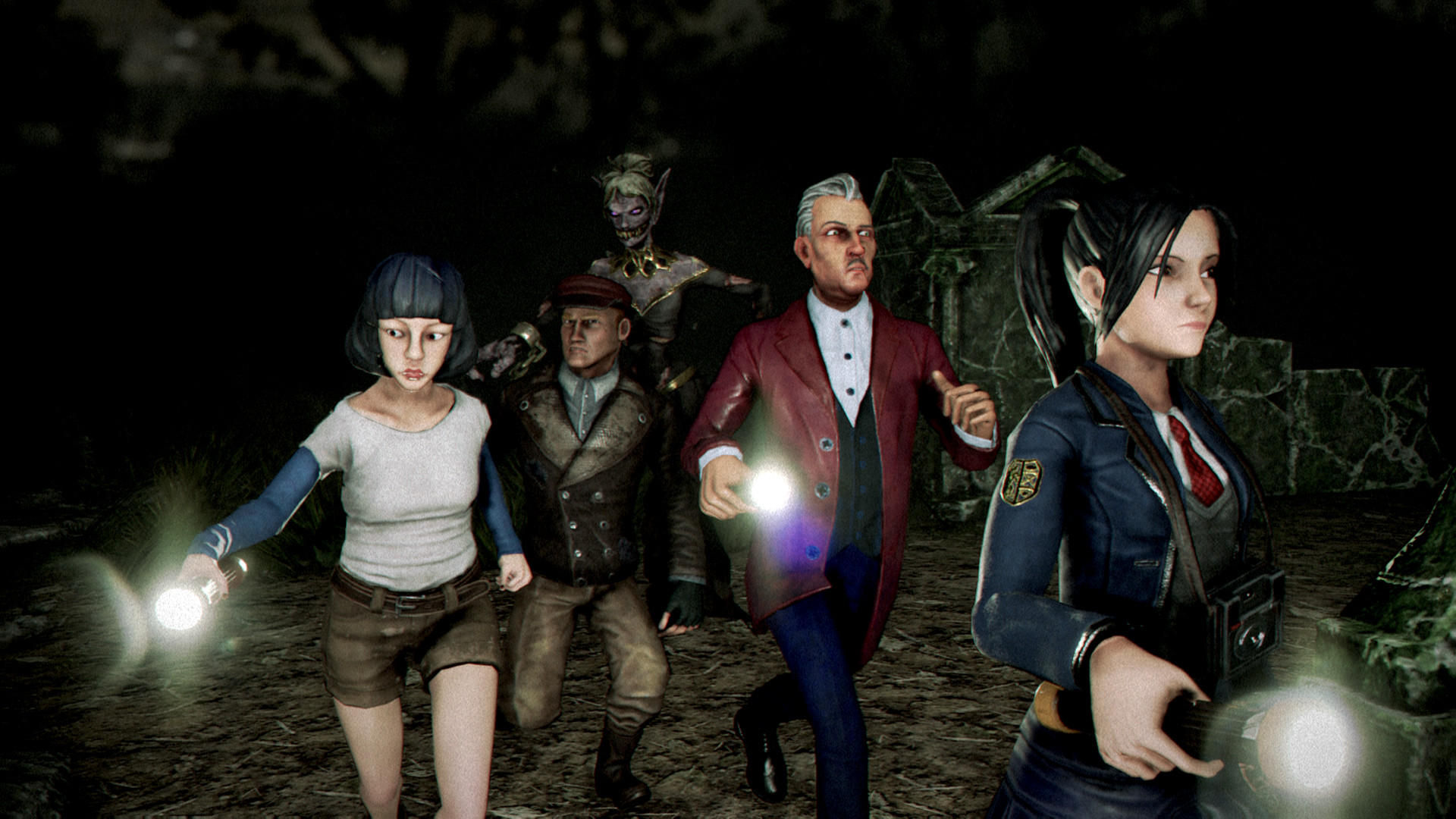 "For indies, more powerful consoles means games are easier to develop. Time spent on performance optimization is time not spent on polishing other game aspects."

I am sure you must have heard about the Xbox One X’s announcement and how powerful it’s. It has a powerful GPU and a ton of memory, I am sure the game will run at native 4K/60fps on this machine, right?

For now the game doesn’t make advantage of Xbox One X performance, but we plan on adding it with an update. I’m sure the console should be able to run the game at those rates on 4K, it’s very powerful. In terms of pure hardware perspective, the picture is clear. The Xbox One X is far ahead of PS4 Pro in terms of GPU and memory bandwidth. The differences in ROP counts and bandwidth are public knowledge.

As a developer, who is the face of pushing visual boundaries, what is your take on the differences between the two and do you think this difference will be visible to the general audience?

As you say the Xbox One X is the most powerful of both, enough to justify the difference in price if you seek for smooth 60fps gameplay or have a 4K TV.

As an indie developer, what kind of advantages does this added power of the Xbox One X bring to you?

For indies, more powerful consoles means games are easier to develop. Time spent on performance optimization is time not spent on polishing other game aspects.

We always aim for 60fps if possible, whichever the target platform is (no, we don’t like 30fps). We’ll tune the settings as high as possible as long as the target frame rate is maintained.

What does the future hold for the franchise? Are you already thinking ahead to White Noise 3?

We have a few IPs that should get a sequel before we go back to White Noise 3 (not to mention we’re still working on WN2!). Little Racers, Ziggurat, Avatar Farm (also new titles)… But sure, White Noise will probably come back in the future.

Give White Noise 2 a chance. It’s a great game, and I guarantee you’ll have a great time, specially if you play it with some friends.