A stealth announcement, a tease, or just an easter egg? 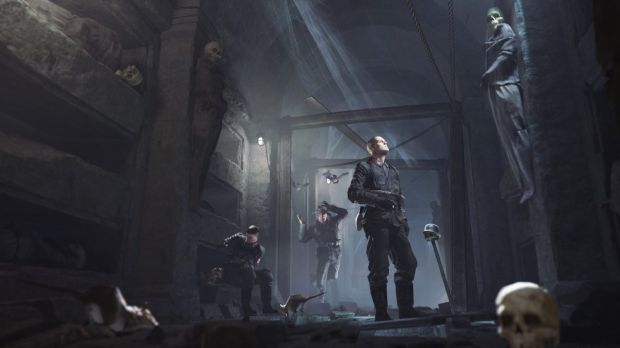 Bethesda had this great intro to their E3 presser this year, which was a neat little throwback to the classic MS DOS PC gaming days, as well as the PC gaming heritage of id Software. It started with what looked to be a command prompt, but when one takes a closer look at it, it seems like Bethesda may have ended up putting a nice little tease in there.

See, this command prompt had a list of games from the Wolfenstein and DOOM franchises- for DOOM, it listed DOOM 3 and DOOM, while for Wolfenstein, it listed WOLF3D (which was the name of the executable file of the original game), The New Order, The Old Blood, and… something called The New Colossus. This one followed the other three entries, which, by its placement, makes it seem like it will be the next Wolfenstein game. It was probably too early to announce it, but at least it seems like we have a name!

Could that be right? Or was this just a cool easter egg thrown in there, with no larger meaning? Let us know in the comments below!

The announcement of another Wolfenstein-related release got glossed over, but it's there: The New Colossus pic.twitter.com/wD3EyrTXLN