Retails for $100 on Bethesda's online store. 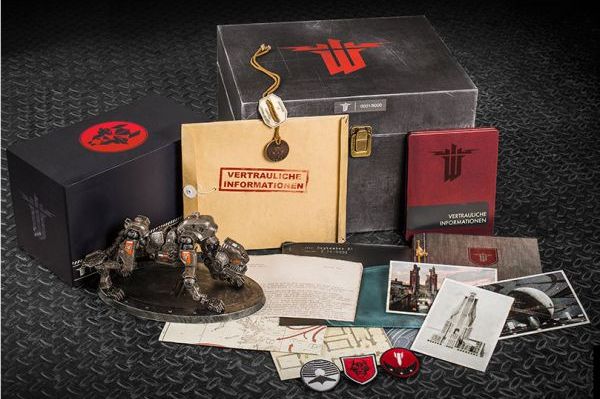 Like all big-time Bethesda releases, Wolfenstein: The New Order will be receiving a premium collector’s edition. Dubbed the Panzerhund Edition, it will retail for $100 on May 20th through Bethesda’s online shop – you can pre-order the same starting today.

What do you get in the exchange? There will be an 8 inch hand-painted Panzerhund statue and base which can be fully articulated; a “classified” folder which contains documents such as maps, case files, blueprints, letters, etc. on the war between the Allies and Nazies; a 14 “vintage” post cards from the alternate universe rendered in full colour; three embroidered patches; replica dog tags; and a steelbook case to hold the game in and make it look prettier.

Wolfenstein: The New Order will be out on May 20th worldwide for PS3, PS4, PC, Xbox 360 and Xbox One. Those who pre-order the game will avail of beta access to id Software’s long awaited (and long in development) Doom.