Wolfenstein: Youngblood Is “In Many Ways Political”; Switch Version Is “A Miracle”

“We don’t try to distance ourselves from that," says executive producer Jerk Gustafsson. 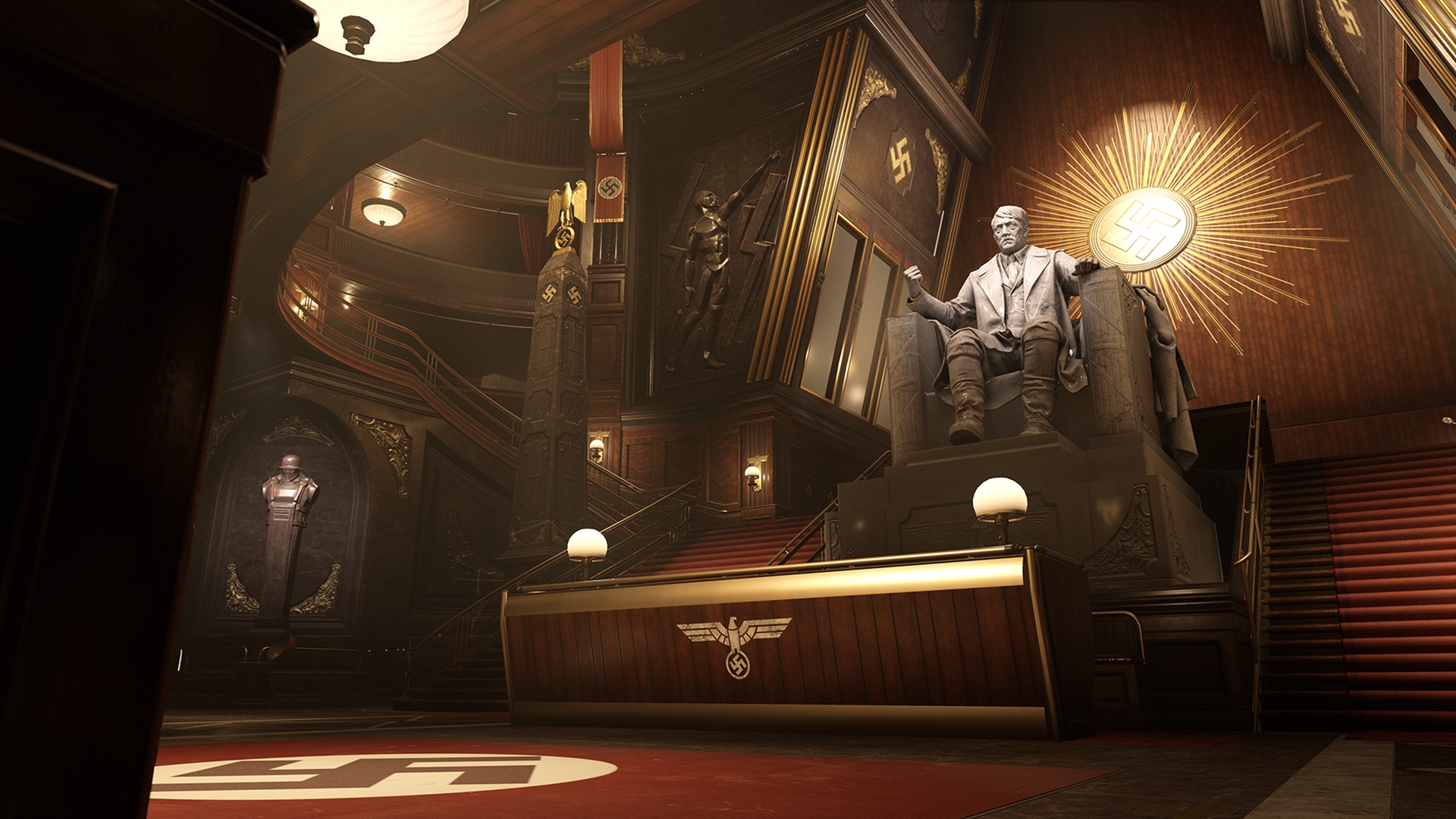 Wolfenstein: Youngblood is trying a lot of different things that the series hasn’t really been known for in the past, from its non-linearity to having 25-30 hours of content (allegedly), but there are some ways in which developers MachineGames are making sure that it still adheres to the identity of the series. The way its predecessors had very obvious political undertones (to say the least), so too will Youngblood, according to executive producer Jerk Gustafsson.

While speaking with Stevivor, Gustafsson said that owing simply to the nature of the series and the upcoming game, which sees players fighting back against an oppressive and fascist Nazi regime, the game becomes inherently political, and may very well end up mirroring real-world events to varying degrees.

“We don’t try to distance ourselves from that,” said Gustafsson. “We understand creating a game and developing a game where the U.S. player and protagonist fighting a Nazi regime that’s taken over the world is, of course, in many ways political.

“And there are aspects of that throughout the game, through our lore and everything we try to communicate with the story. First and foremost, as the player, you set out to fight the evil of the world; you want to liberate the world from this evil. In our games, the Hitler regime and the Nazis represent that evil.”

“We read the news, and everything that goes on in the world, a lot of things become political,” he continued. “And things happen nowadays, as well. We don’t shy away from the fact that we are creating games about liberating the world from the Hitler regime and the Nazis that won the war in our alternative history.”

Meanwhile, in a separate interview with GamesBeat, Gustafsson also spoke about the Switch version of Wolfenstein: Youngblood, which will be launching day and date with the other versions of the game, continuing Bethesda’s excellent output on the platform, which also included a port for Wolfenstein 2: The New Colossus last year. According to Gustafsson, the Switch version of Youngblood is a “miracle”, which he attributes to the excellent work of Panic Button, who’re handling that version of the game.

“I’m always impressed by the guys at Panic Button, that they can accomplish things like that,” he said. “It’s a miracle. We’re pushing the engine pretty hard in this game. Of course we did that for New Colossus as well. These guys are magicians. It’s a great honor to be able to work with them. I’m very happy that we can get Youngblood on Switch.”

Wolfenstein: Youngblood is out on July 26 for the PS4, Xbox One, PC, and Nintendo Switch.