Xbox One Can Connect to Nintendo Wii U

Because it looks cool.

Not too long ago before the launch of the Xbox One, director of programming for Xbox Live Larry “Major Nelson” Hryb revealed that one could potentially connect their PC to the Xbox One. He also revealed that you could connect your Xbox 360 to the next gen console as well. Why? Well, why not?

Though no major use for the same was outlined, it did create a few ideas. One user took those ideas even further and decided to connect his Nintendo Wii U to the Xbox One to see what happens. Check out the result below. 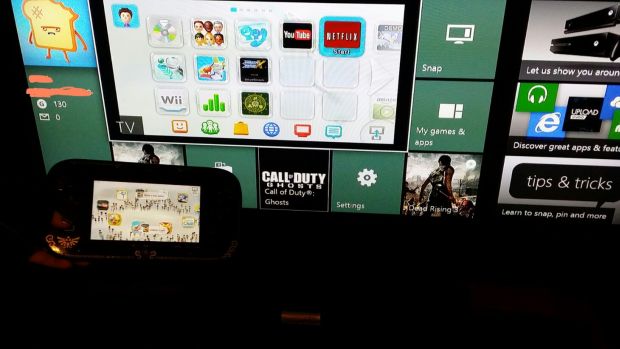 What obvious benefit could there be to the same? We’re not sure – and it generates way too much lag to be fully playable – but it sure looks cool. Wonder how Microsoft feels about Nintendo being on their console and vice versa?

Have you found any interesting new functions for connecting various devices to the Xbox One aside from what’s already been outlined? Let us know in the comments below.