Xbox One: Each And Every Voice Command Explained 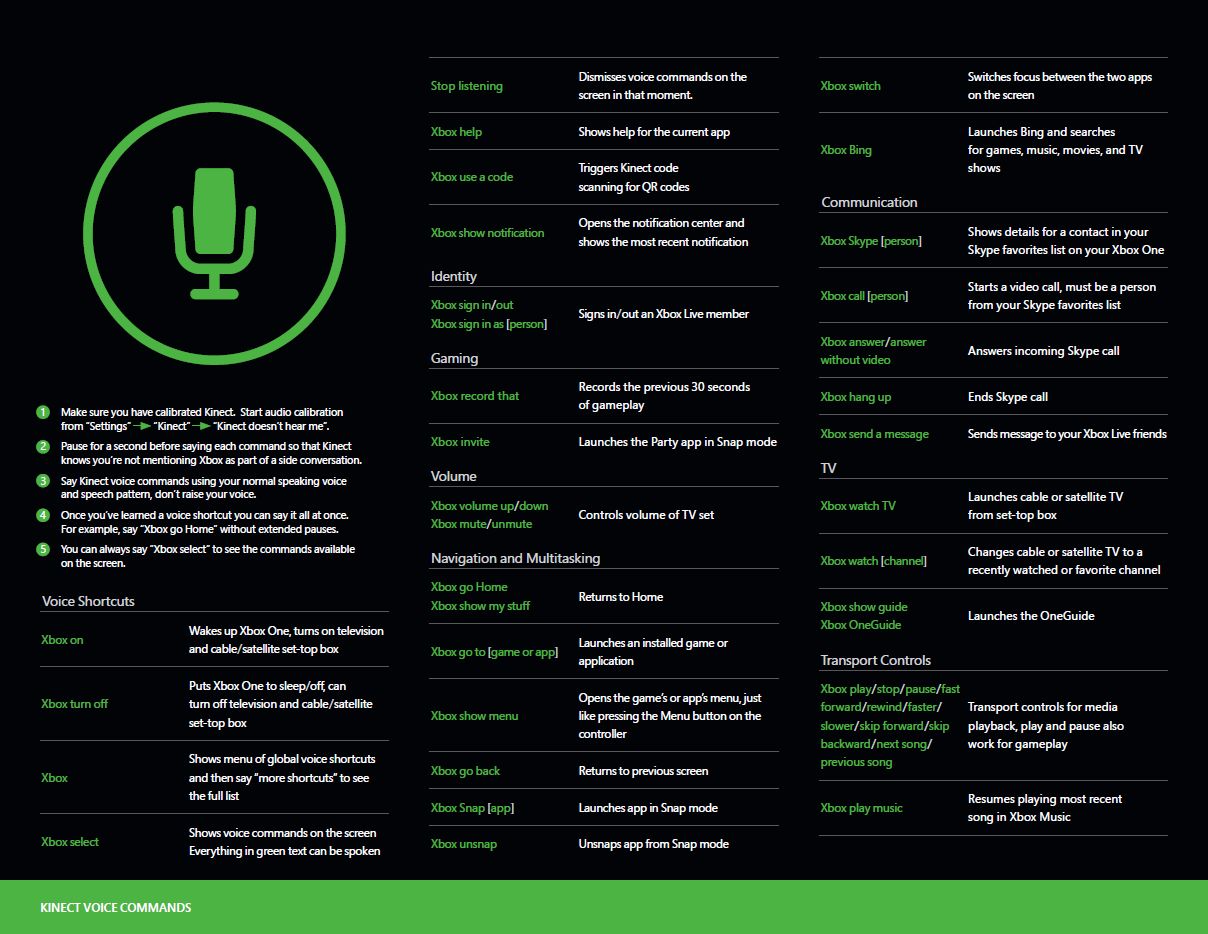 The Xbox One is finally available worldwide across 13 territories worldwide, and this means that Kinect is also available. And for those who don’t know, this also means that you’ll finally have a chance to try out the various voice commands that the device has to offer, especially considering the new Snapping mode and ability to run several apps at once.

A new image has arrived which showcases all the voice commands and their functions, in case you needed a handy guide for the same. Check it out above.

The Xbox One has seen a fairly good response worldwide, despite hardware problems that have emerged. The device’s integration with Kinect makes it stand out very well, but will that be enough to help it excel past the PlayStation 4? We’ll find out in the coming weeks. Meanwhile, what is your impression of the Xbox One thus far? Are you satisfied with its functionality thus far?

Let us know in the comments below.