The inside of the Xbox One X houses a neat secret for those who violate the warranty.

This was uncovered Spanish YouTube channel Unocero which examined the inside of an Xbox One X and noted that interesting Master Chief hiding inside. Don’t go about finding this on your own though since dismantling your Xbox One X in this fashion can void the warranty.

The Xbox One X will be launching on November 7th for $499. It’s been touted by Microsoft as the “most powerful console ever” and will feature 6 TFLOPS of performance, 12 GB GDDR5 RAM and vapour chamber cooling to keep it running smoothly.

Several games like Forza Motorsport 7, The Witcher 3: Wild Hunt, Gears of War 4 and so on will include updates to enable graphical enhancements like 4K support, thus ensuring a decent amount to play at launch. 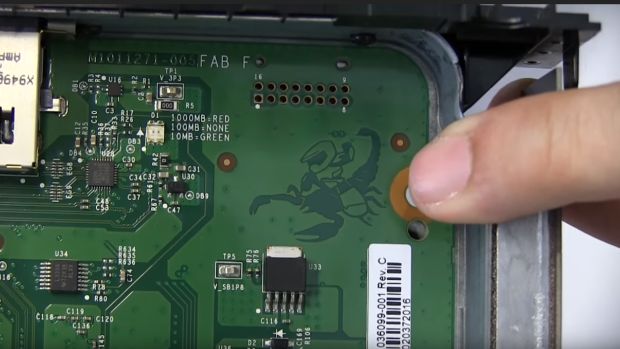