The photo allegedly came from a party of a Microsoft employee's kid.

As is often the case when we get close to console launches, all kinds of leaks start coming out of the woodwork. The PS5 has seemingly gotten several from the factory floor, such as the recent allegedly leak of detachable side plates. And now it’s time for the Xbox to get one with an alleged controller leak, though the story behind it isn’t quite as straightforward.

Via the Xbox Reddit today, a user going by Wolfy_Wizzardo showed a picture of a Xbox Series X controller that was white, instead of the standard black we have been seeing. It’s since been deleted, but we caught it below, and Tom Warren of The Verge got to talk to the user before going silent. The user alleges he took the picture at a party being held by a Microsoft employee’s kid. Not only that, they claim they actually got to play some of the system, commenting that the UI was very similar to the current Xbox One interface (which falls in line with recent reports) with one notable feature highlighted in Quick Resume.

Now, let’s be honest, that story sounds kind of like a bunch of crap, but leaks have happened in odder ways, so who really knows. Since the color is different, some wonder if this could be a controller for the Lockhart version of the system that’s been rumored to come for some time. It’s also just possible the Xbox Series X could come in more than one color, or that white was being used for testing purposes at one point. If we take this at face value, there could be any number of explanations. Of course, as with all leaks, take it with a grain of salt. 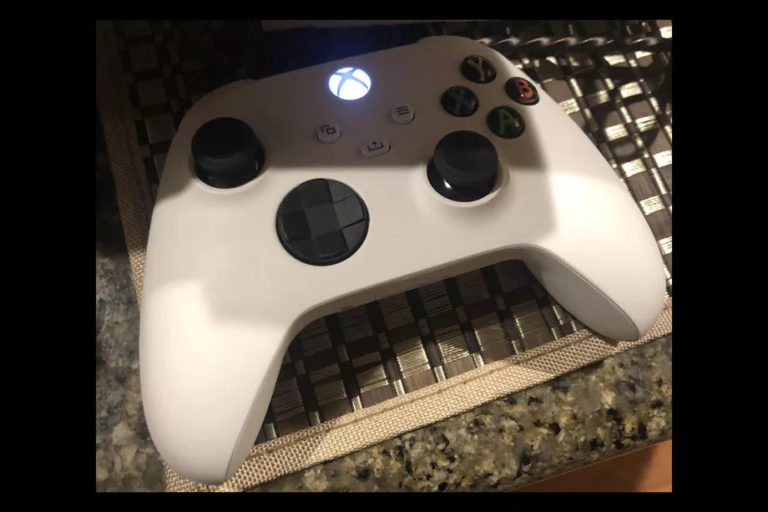