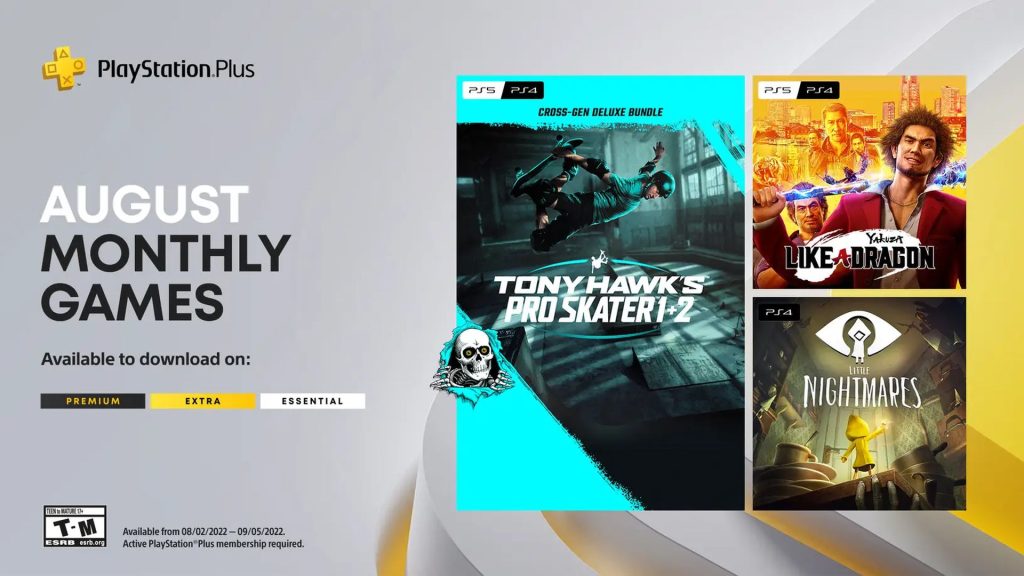 As rumored earlier today, Sony’s free monthly titles for PlayStation Plus Essential in August include Yakuza: Like a Dragon, Tony Hawk’s Pro Skater 1+2 and Little Nightmares. These will be available for Essential, Extra and Premium subscribers from August 2nd till September 6th.

Yakuza: Like a Dragon is playable on PS4 and PS5, telling the story of Ichiban Kasuga. After taking the fall for a crime and being released after 18 years, he finds himself betrayed and seeking revenge. Unlike previous Yakuza titles, Like a Dragon is more of a turn-based role-playing game with abilities, classes, dungeons, and much more.

Those who haven’t claimed last month’s offerings, namely Crash Bandicoot 4: It’s About Time, Man of Medan and Arcadegeddon, should do so by August 1st.