I think part of the wild popularity of the zombie genre – in film, comic books, TV shows, and prose fiction – is part of the zeitgeist for our generation: we’re stuck in a world that values our identity as consumers rather than individuals. Marketing is an appeal to a disembodied representation of all of us, cleverly disguised with words like demographic and target audience. Marketing exploits it by offering individuality through the use of their products: you’ll stand out if you wear their jeans, or drink their soda, or buy their car. And so I think zombies are, in part, a reaction to this. We don’t want to be a faceless, identity-stripped consumer corpse shambling around turning everyone else into one, so the allure of fighting off the extreme representations of them – or watching others do the same – is strong. 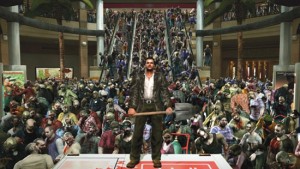 Zombie games are an empowerment of that ideal, more so than any other medium’s take on the subject. We actually get to test our survival against the agents of assimilation by reverting to the persuasive power of an automatic shotgun. There are a plethora of games that have come out that exploit this, too. Resident Evil, of course, the original games of which are still some of the most frightening and tense survival-horror games the industry has produced, Dead Rising, Red Dead Redemption: Undead Nightmare, Killing Floor, the awesome over-too-soon chapter “We Don’t Go To Ravenholm” in Half-Life 2 and Left 4 Dead all tackle the undead in their own ways. Some consist of shuffling undead, some are populated with rage-driven infected, and others are the weird fallout of biological experimentation, or the result of alien parasites or any other source, which are all pretty much ridiculous.

Perhaps, out of all of these games, the ones that show their strings more than any others are the ones that are intended to be cooperative. Namely, the Left 4 Dead franchise. Billed as the ultimate survival-horror/zombie-horror experience, it pits up to four players (or eight, if you play versus) against hordes of infected and a few boss infected, with specific and damaging special abilities. The game is well-designed, with great lighting effects and map-building, intelligent AI, and the whole thing was designed to be played cooperatively, which is something that the majority of game designers seem content to ignore nowadays. 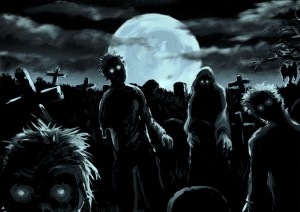 But the problem with Left 4 Dead isn’t that it’s a bad game – far from it – but that it is merely the best representation of a game genre which hasn’t come close to the survival fantasies that a ten year old could create. At its roots, the game is deeply formulaic. Go here, along this route. Yes, the AI will choose different times to send hordes, from different directions, and the ammo dumps will be in different places, and the tank will spawn somewhere around here, but you can’t be certain exactly, but that’s not quite enough. Most of the fun in playing Left 4 Dead happens through the people you’re playing with, if they die in a humorous way or if they, for some reason, keep getting targeted with extreme prejudice by the jockeys.

All of this makes for an endlessly replayable experience, and it’s even better when you’re playing Versus against a clever opposing team, but as good as the game is, you can’t help but see the strings. There isn’t a single Left 4 Dead player that hasn’t, at one point, thought “Man, you know it’d be so cool if…” followed by something awesome. It’d be awesome if we had to make our own safehouses, and we’d have to find nails to board up this hardware store, or if we could booby-trap the car before we set off the alarm (that, though, would require an AI change, so the horde would actually charge the car, and not go immediately for the survivors, even if they’re six floors above the damn thing), or, or, or.

The problem with Left 4 Dead is that it was designed to give a tense, fun, and replayable experience. In order to make it tense, fun and replayable, the designers, every step of the way, chose to go the safe route. Players couldn’t become infected; they were immune, because if a player got infected, it might make that player annoyed. The designers found that players often as not chose to go the same route at the early stages of development, so they took the choice away from us in order to make that single route as good and fun as it could be. They made sure that ammo dumps occurred, while still being random, at predictable intervals so players would always know that they weren’t far away from replenishing their supply. They made predictable set-piece choke points in every few levels, in order to give the players something to be tense about. They made it so that the damage we take isn’t really harmful, unless it’s overwhelming. Nicks, scrapes, cuts and bites – even direct gunshots from our teammates – are brushed off like it’s nothing a couple of bandages and a bottle of pills won’t fix. 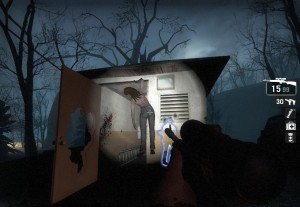 Many of these changes, on their own, aren’t damaging. In fact, taking each of these examples on its own seems laudable. It’s good that designers have the annoyance of the player on their mind, because so often it gets ignored, and a game comes out that’s been lazily designed and is so full of flaws that it’s damn near unplayable until the third patch comes out. But a real problem occurs when you take them all at the same time. Left 4 Dead was, if you’ll excuse the pun, playtested to death. Anything that could annoy the player, anything that could ruin the supposedly immersive experience or leave a player at the mercy of a griefer or might ruin the pace of the game was removed. What was left is a fun, replayable, sanitary and safe experience.

It’s an irony I find at once both amusing and irritating. I don’t want my zombie game to be safe, I want it to be dangerous. I want designers to explore new ideas within the genre, try to take the ideas that any gamer would have after a session of L4D and implement them into a game that we truly haven’t seen before. One of the keys to the George A. Romero zombie universe is that nowhere is truly safe. Yet at the end of every 12-15 minute level in L4D, there’s a safe house there, waiting for us. It’s stocked with magic-fix medkits, all the ammo you could ever need, fancy brand new guns that never jam and can be reloaded by a complete novice with robotic precision – every time – without regard to the psychological situation of the players. Sure, the facial animations change with the context, but without it having an effect on the gameplay, what’s the point? It isn’t exactly like things like that haven’t been implemented into games before, it’s simply that were it implemented in Left 4 Dead, it might annoy the player.

I’d rather be annoyed than bored. I’d rather be so frustrated that I put my fist through my monitor and leave the room in a rage than be comfortable with the fact that I’ve pinpointed the strong areas of the map with such precision that I barely need to use a medkit, even on the hardest difficulty setting. I want to be scared, I want to be lost, I want to be on my last few shells and not know that there’s a perfectly safe, well-stocked area just around the corner that never exhausts its ammo supply. I want to rummage through cupboards in a dangerously exposed house covered by a friend with a single bullet and a baseball bat only to find shotgun shells that don’t match the gauge of the one I’m holding. 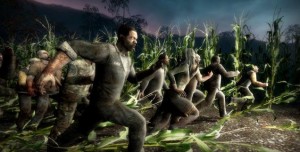 What I really want is a game that doesn’t expect the players to make it through. I want it to be so hard that when players talk among themselves, saying “I made it three hours into that game before I starved to death,” is an impressive way to end the first playthrough.

We’ll never get there by making the game experience as safe as Left 4 Dead. Designers, take some risks. Talk yourself through your own survival plans and talk to your friends about theirs. Go through the practical implications of it, and next time you hear some pimpled 17 year old pitching an idea for a game that’s “like Oregon Trail, but with zombies,” do us all, and the industry, a favor, and listen to him. It might just become the greatest game ever made.