And of course, this automatically applies to gaming PCs.

There is something to be said for having pretty ass games. Yes, ultimately, how engaging or compelling a game is comes down to how well it plays, but looking great never hurts its chances. And while focusing only on graphics, like so many people do these days, is a bit misguided, appreciating great graphics in games that we know are already good (or will be good, simply judging by precedence) doesn’t hurt much either.

So let’s stop and appreciate these fifteen absolutely amazing graphical details, that are small, and that you probably wouldn’t notice by themselves, but ones that stand out as being indicative of incredible technological adeptness on the part of their developers, as well as indicative of the developers wanting their worlds to be as realistic and immersive as possible. The following 15 graphical effects are amazingly thoughtful and considerate- and they are so specific, they exist only because the extra power on the PlayStation 4 and Xbox One makes them possible.

Of course, any of this would be (and is) possible on a great PC, with a game designed to take advantage of higher end rigs as well; however, as far as consoles go, developers probably even considered putting these features in because of all the extra resources afforded by the Xbox One and PS4. And in fact sometimes, they found that they could pull these effects off on last gen hardware too (if they were developing a version of the game for last generation systems, that is).

Without any further ado, then, here are 15 amazingly detailed graphical effects made possible by the PS4 and Xbox One, presented in no specific order: 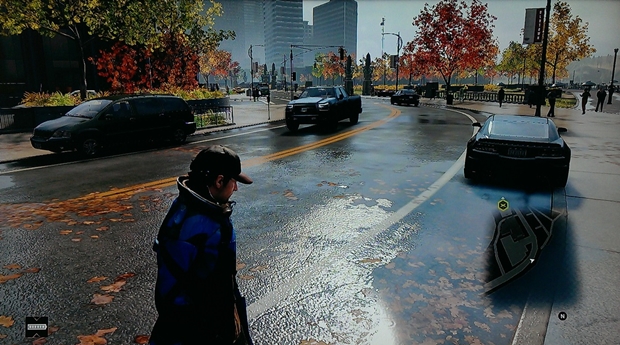 Watch Dogs has become infamous by now for the controversy surrounding its graphics- it debuted way back at E3 2012, looking absolutely stunning, and it became our first indication of what a next gen console could achieve, before next gen consoles had even been announced. Watch Dogs garnered a lot of hype on the back of its great looking graphics- until when the time came for it finally release, it seemed like it had been graphically downgraded from the incredible demo that had started it all all those years ago.

Whether or not Watch Dogs was downgraded is an entirely different matter; the point remains, however, that it is an incredibly pretty game. It’s still one of the few games out so far that when you see it running, looks next gen.The game is full of these little graphical details, stuff that probably wouldn’t even occur to most developers to include, but which greatly enhances the realism of Watch Dogs’ world. Consider, for example, how wet roads in Watch Dogs (which look great to begin with) will dry up in real time, even as you walk or drive across them, realistically. Some great stuff, this.