2021 has been quite the year for gaming for a lot of reasons, and one of those happened to see the return of another classic Microsoft series. Much like Microsoft Flight Simulator last year, the Age of Empires series had been on the shelf from an extended period. That changed with the release of Age of Empires 4 earlier this year, and it seems to have made a rather big splash in the process. It won’t be just a one and done either, as post-launch support is planned, and we now have some details on that.

Via the official Xbox blog, the current roadmap running up to Spring 2022 was released. It covers the most recent patch, 7879, that was focused on performance fixes. For Winter, they are aiming for lots of balance updates, map adjustments and in-game scores. Sprint 2022 they aim for creation tools, patrols, and more balance updates and performance fixes. There will also be more to come later one. You can read more fleshed out details through here.

Age of Empires 4 is available now on PC, with the possibility of an Xbox version being referenced as possible in the future by the developer. 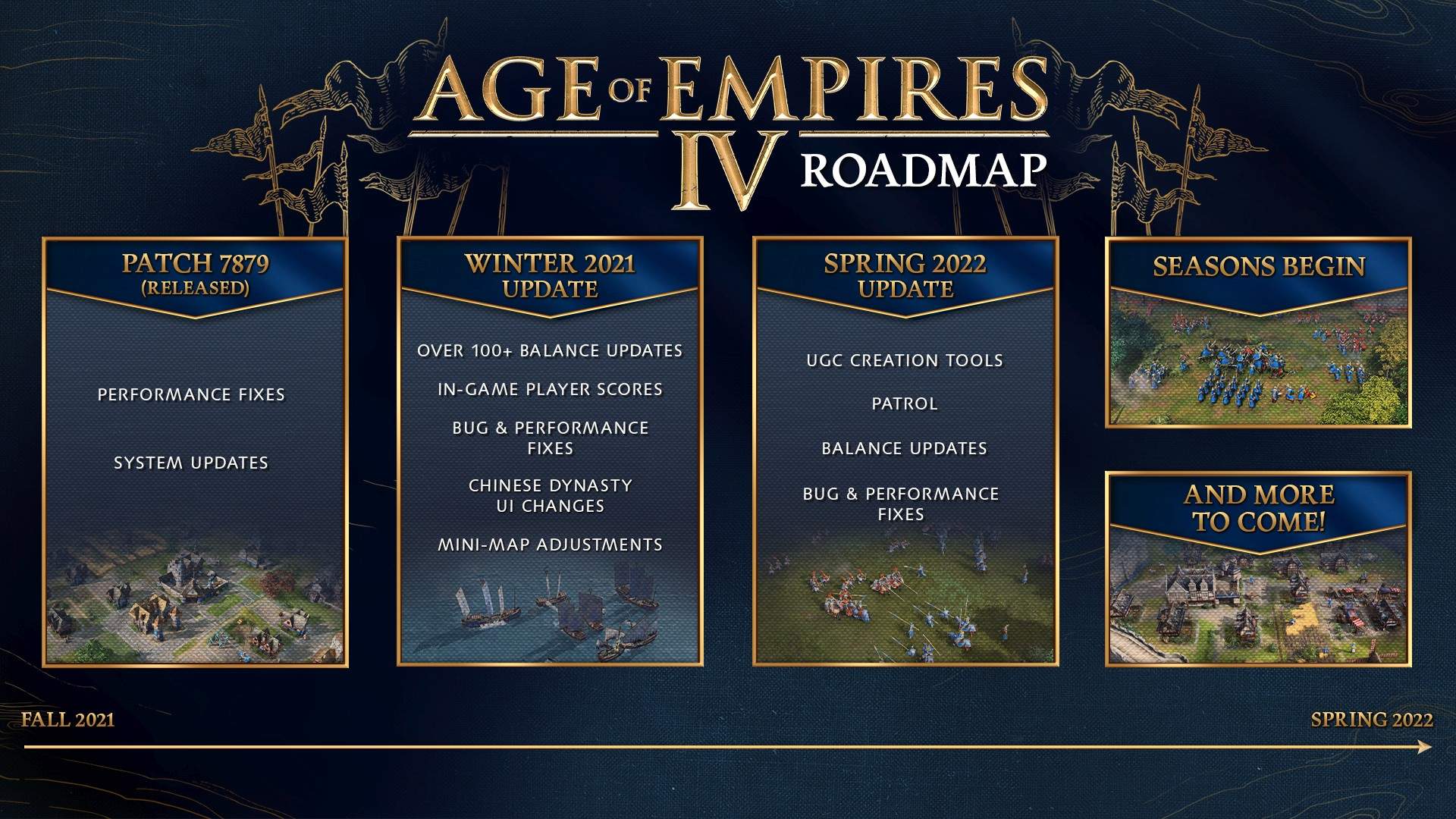