Microsoft is rethinking its approach to post-launch updates for Age of Empires 4, and has provided a sneak peak at what to expect from its next couple of seasons.

A recently discovered codename suggests that an Xbox port of 2021's Age of Empires 4 is currently being tested.

Age of Empires 4's developers are exploring potential ways for how to make the strategy title work well on a console.

Microsoft's beloved real time strategy series returns with a long-awaited sequel, with Age of Empires 4 launching in a couple of days.

Age of Empires 4 Shows Another Civilization in New Gameplay Trailer

The strategy title's newest trailer reveals the Holy Roman Empire civilization, which will star in the Rise of Moscow campaign.

Age of Empires 4 “Hands on History” Video Details the Trebuchet

Fans of the Age of Empires series are also advised to stay tuned for more news tomorrow at Gamescom Opening Night Live at 11 AM PST.

Use the Nest of Bees to fire deadly projectiles at enemies from afar, or palings to deter cavalry units in enemy forces.

"I don't even remember when we last had crunch," says game director Quinn Duffy. 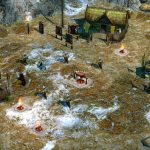 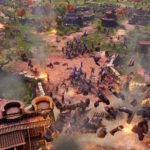 A closed beta is also coming for insiders.

The RTS is coming to Windows Store, Xbox Game Pass for PC and Steam.

The new campaign sees King Harold and Duke William battling for the throne.

Tune in for new updates on Age of Empires 4 and the Definitive Editions of AoE 2 and 3.

Series fans have reason to be excited, according to journalist Jeff Grubb.

Age of Empires 4 Development Has Made “Great Progress”

World's Edge is currently working on polishing the game.