Microsoft is rethinking its approach to post-launch updates for Age of Empires 4, and has provided a sneak peak at what to expect from its next couple of seasons.

Since its launch a few months ago, Age of Empires 4 has kept on expanding its offerings with post-launch drops over its Winter and Spring seasons, but Microsoft has announced that it’ll be changing the way that is structured, while also providing some details on what the real-time strategy game’s next couple of seasons are going to be bring

For starters, rather than being named after actual seasons, Age of Empires 4’s seasons will now be numerically named, with the upcoming content drop being named Season One. The developers say they have been “reminded that we’re serving a truly global community and that generalizing updates based on the four temperate seasons, such as Winter and Spring, doesn’t work for everyone.”

To that end, Season One will bring the first ranked season for the game, on top of the content editor going into beta, mod support being added, various quality-of-life improvements being introduced (such as hotkey improvements, a global build queue, and more), a new Art of War challenge, balance changes, and more.

Season Two, meanwhile, will bring the second ranked season of the game, allow players to fully remap hotkeys and controls, introduce a map voting system, and allow players to pick their colours. There are no dates given for either season yet, but the roadmap provided suggests that all of the aforementioned changes and additions will be introduced between now and July- while Season One is not far away.

“While we can’t share an exact release date just yet, we can share that it’s not too far off and that there will be the opportunity to preview it in the near future if you own the game on Steam,” the developers say.

Age of Empires 4 is available on PC. Recent developments have suggested that the game might be headed to Xbox as well- read more on that through here. 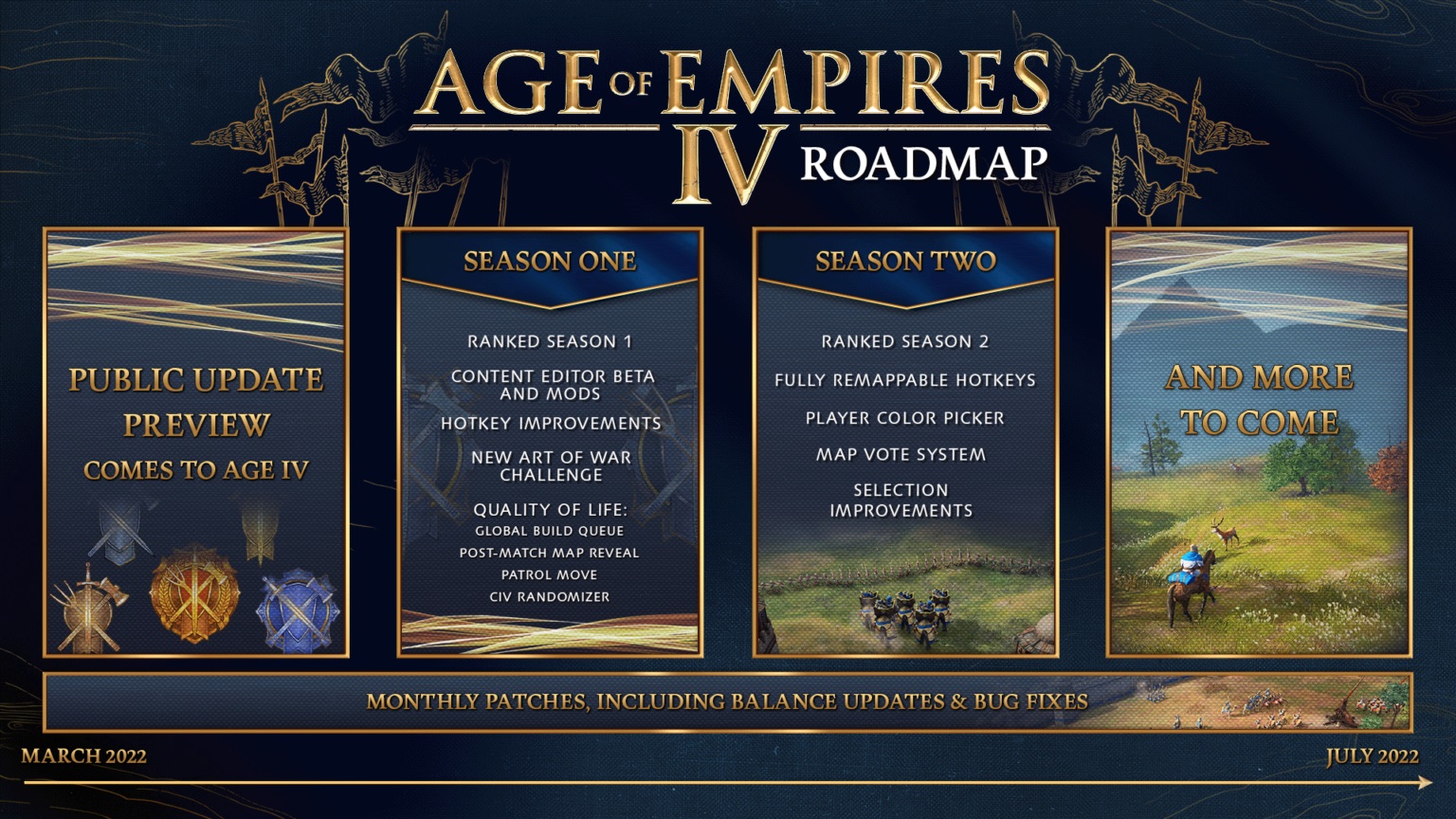