The city is the "last bastion of hope for humanity and a place you'll call home." A full reveal for the title is still coming at The Game Awards 2022. 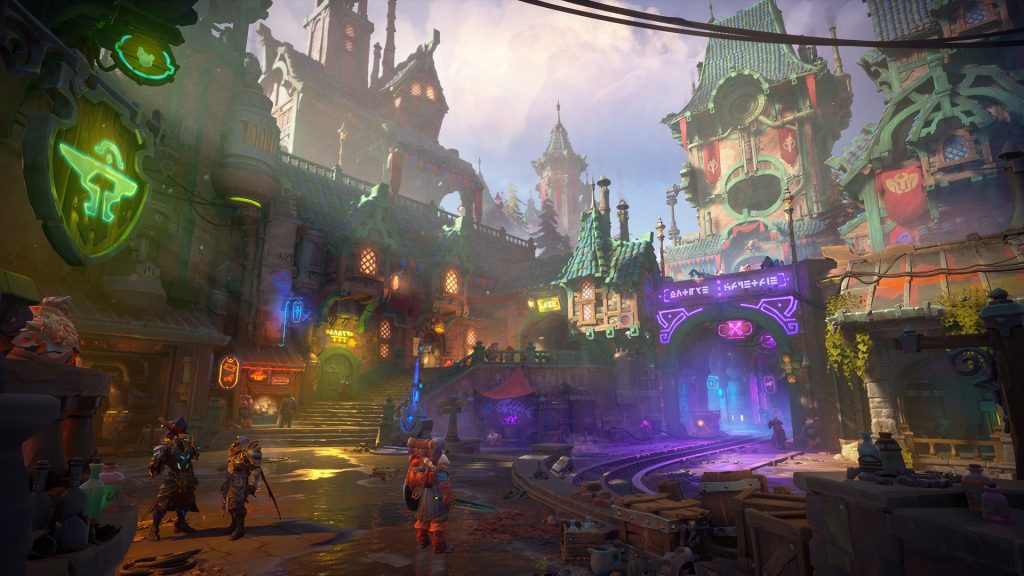 Back at TennoCon 2022, Warframe developer Digital Extremes and Airship Syndicate of Darksiders Genesis fame announced a new free-to-play title in development. In a new tweet, the latter finally revealed the game’s codename – Skylight. It also happens to be the name of the main city, described as the “last bastion of hope for humanity and a place you’ll call home.”

There aren’t many details on the gameplay, except that the title is a new fantasy IP and played from a third-person perspective. It’s described as a “character-focused” online action game, which seems to imply playing as different heroes. Time will ultimately tell, but a full reveal is coming at The Game Awards 2022 on December 8th.

Skylight isn’t just the codename of our next adventure… it’s also the name of the main city in the game. Skylight is the last bastion of hope for humanity and a place you’ll call home.

Here is what it looks like in-game.@thegameawards full reveal is right around the corner. pic.twitter.com/Uu1OyBbMdB