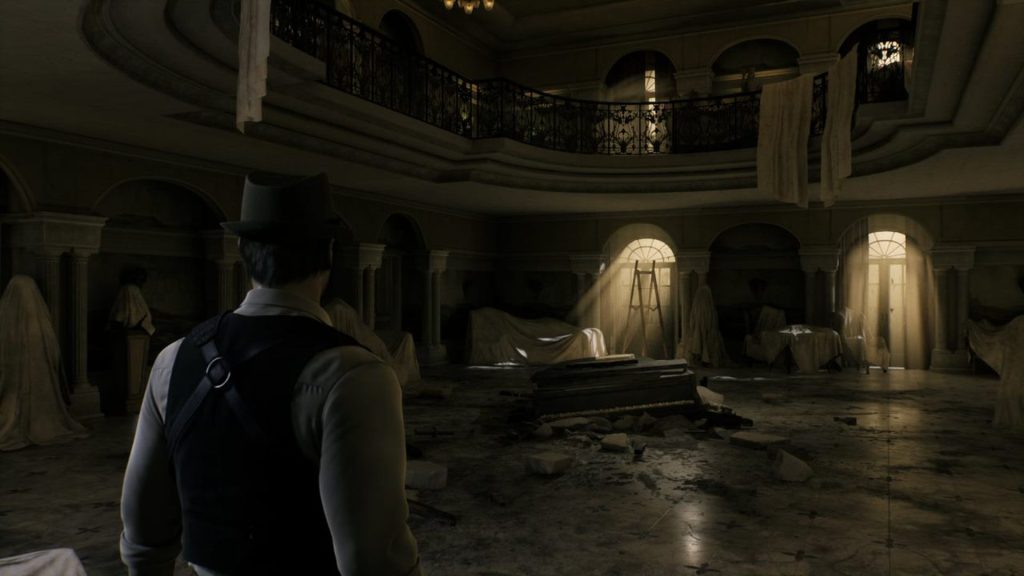 Following a tease by insider The Snitch on Twitter, images and details for THQ Nordic’s new Alone in the Dark title have leaked via on Smartoys, an official retailer in Belgium. According to DeepL translation, it’s seemingly a reboot that’s coming to PS5 (so PC and Xbox Series X/S releases are a given) with a placeholder release date of December 31st, 2023.

Described as a “love letter to the cult ’90s game,” Alone in the Dark features two playable characters – Edward Carnby and Emily Hartwood. Venturing to the Deep South in the 1920s, the story revolves around Hartwood searching for her missing uncle in Derceto Manor while accompanied by Carnby. Along with solving puzzles and fighting monsters, players will also encounter “strange occupants, nightmarish realms” and “an evil conspiracy.”

As a survival horror title, ammo is limited and must be conserved until necessary. Along with a Southern Gothic aesthetic, Alone in the Dark also promises “goosebump-inducing sounds” and some doom jazz for its soundtrack. Screenwriter Mikael Hedberg, who wrote SOMA and Amnesia, is writing the story.

THQ Nordic is hosting a digital showcase today at 12 PM PDT so perhaps the reboot will be announced there. Stay tuned for more details in the meantime.