The Uncharted creator is currently setting up her own independent studio and may dabble in VR. 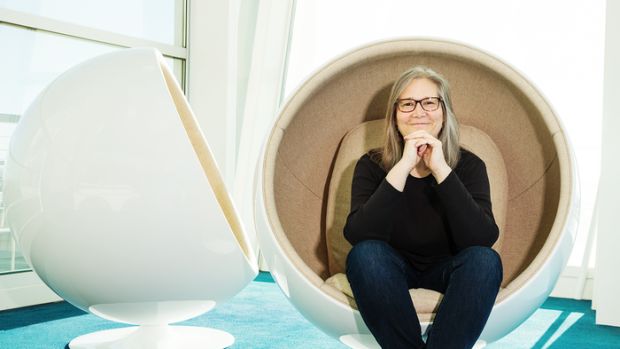 When Electronic Arts announced that the former Visceral Studios’ untitled Star Wars game had shifted to EA Worldwide Studios, which EA Vancouver would lead, the obvious question was: What about Amy Hennig? The Uncharted creator was at the helm of the rumoured Project Ragtag and constantly discussed whenever news of it emerged. Since the closure of Visceral Studios, where has she been?

As it turns out, Hennig is no longer with Electronic Arts. Speaking to Eurogamer during the Gamelab conference in Barcelona, Hennig actually parted ways with the publisher in January and is currently looking to start her own independent studio.

“I have not worked at EA since January, technically, legally. Yes. This is the problem, it was hard enough for them, but people were immediately asking them ‘Is Amy working with you?’ and the answer was ‘Well, we’re in negotiations…’ like, hmm. It was, sort of the soft pedal answer.

“I haven’t been in, but look – I get along with all those people, I consider even the guys on the exec team friends. But it made it awkward because it was like, ‘I never got the chance to announce that I’m not at EA so I need to just pull off that band-aid at some point’ – but also had nothing to announce. It makes it sound like I just went home! But I’m doing all this stuff, working on all kinds of things.”

Hennig is currently “consulting with some people” to set up her indie studio and could dabble in VR gaming. “I’m hoping to bring some people on board, I would love to have a little company of about six to eight people, 15 at the most, and do some more projects, do some VR stuff – I’m consulting with some VR companies and doing a ton of research because I haven’t played a lot to immerse myself in it.”

As for her Star Wars project, the original concept that she had in mind seems to be retired. “I’m not doing anything Star Wars. And, who knows what the future may hold, but that project is on the shelf now. The Vancouver studio is working on something pretty different. It’s really not… Y’know, once you go more open world it’s such a different game to the one we were making. Everybody loved what we were doing and I’d love to see us resurrect that somehow, but it’s complicated.”

At the very least, it seems that Hennig left Electronic Arts on amicable terms. The situation as a whole doesn’t seem to be a simple matter of EA having nothing for Hennig to work on but honestly, we don’t have all the facts. Time will tell what the real deal is so stay tuned for more information.