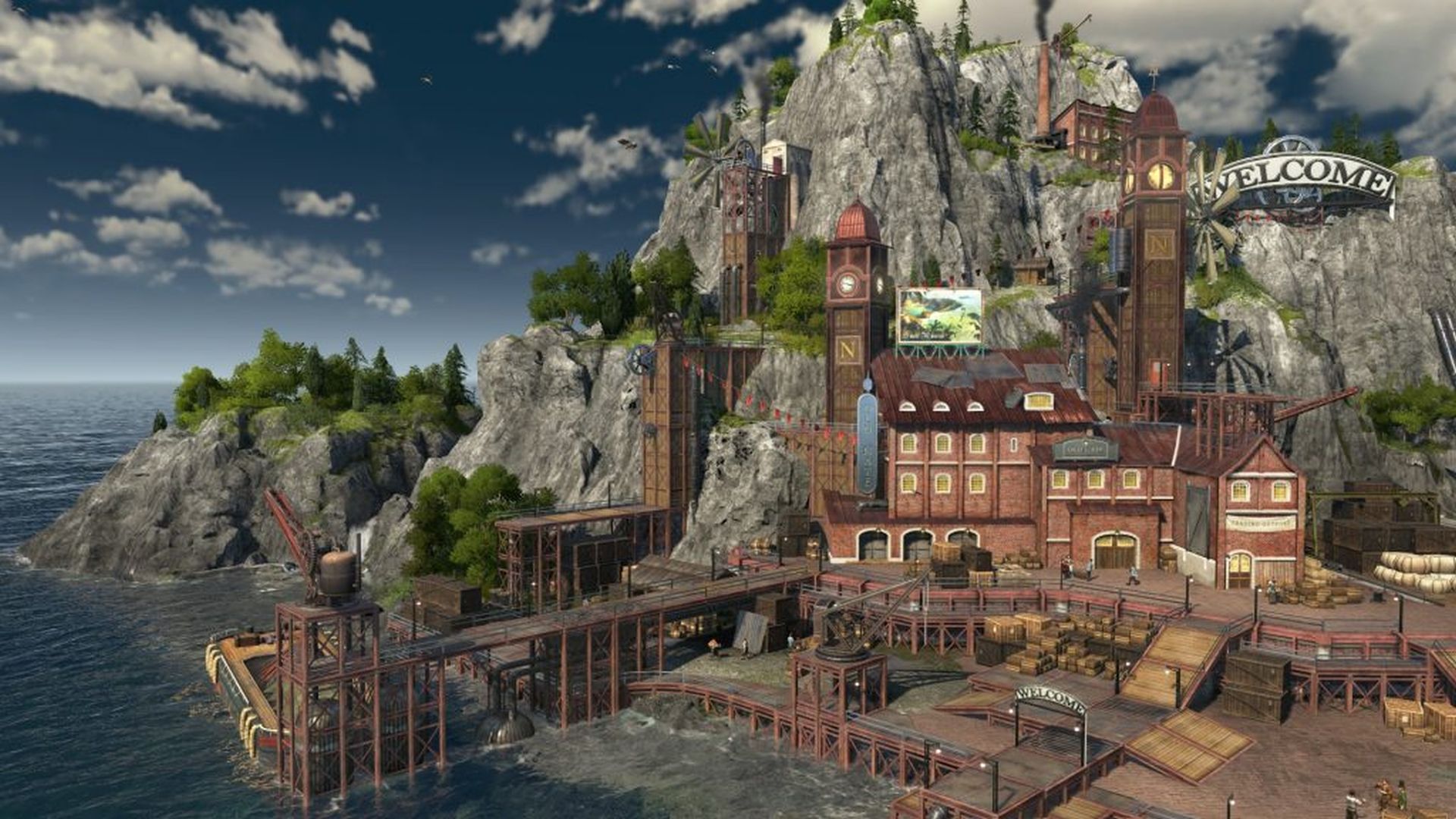 Blue Byte’s excellent city-builder/economics title Anno 1800 will be receiving its first paid DLC on July 30th with Sunken Treasures. Containing a new storyline that’s roughly six hours long with “dozens” of new quests, the DLC can be purchased stand-alone or with the Season Pass. Conversely, new players can pick up the Gold Edition which includes Anno 1800 Digital Deluxe Edition with the Season Pass.

Other content coming in Sunken Treasures a third session with small, medium and large islands to explore and colonize. There’s also a new continental island that will be three times as large as the base game’s biggest island. If that weren’t enough, crafting and the new diving bell (where you’ll explore sunken wrecks for materials) will be added courtesy of a new NPC trader named Old Nate.

New specialists, new inventions and new quest items, along with new sets for the zoo and museum, will also be added. There’s over 100 new items in total to sort through. Game Update 4 will also be going live with the DLC and Blue Byte is promising “a thing or two that the community has been waiting for” which will be free to all base game players.

To learn more about Sunken Treasures and the next update, stay tuned for the next AnnoCast at 7:30 AM PT later today. For more information on the base game, checking out GamingBolt’s official review here.