Following a number of high-profile gameplay showcases by Sony for the PlayStation 5 platform, Microsoft outed extended gameplay footage for a number of titles that are currently under production for the Xbox Series X. We got to see Halo: Infinite in action, alongside the next-gen Forza, Garena’s CrossfireX, ExoMecha, the Fable reboot, State of Decay 3, and a number of titles like STALKER 2.

With this much real Xbox Series X gameplay footage on hand, footage indicate of actual gameplay quality as opposed to “target renders” and CGI, we thought it’d be a good idea to evaluate these titles from a technical perspective. Just what are these Xbox Series X games doing in technical terms that wouldn’t be possible on Xbox One level hardware? What’s the really ninth-generation push here? Let’s take a look and find out.

The first game we’re looking at is Halo: Infinite, 343’s first outing on a ninth-generation platform. It’s interesting to come to the Halo: Infinite gameplay demo right after Halo 3 on PC — you get an idea of exactly how much has changed and improved over the past two generations. And yet, at the same time, there’s the sense that Halo: Infinite isn’t quite pushing the Xbox Series X as hard as it ought to be.

The visuals have a distinctly late eighth-gen look to them and this makes sense. After all, Halo: Infinite — alongside a number of other Xbox Series X titles — is cross-gen, meaning it’ll have to run in some shape or form, even on the Xbox One. Looking at the gameplay video, we see some great material work, especially on Master Chief’s suit. Moreover, polygon counts on characters have increased considerably: character models hold up against the best from the eighth-gen, titles like The Last of Us 2. And, of course, there’s that silky smooth 60 FPS update.

But this here is the problem: there’s nothing Halo: Infinite does that seems to go beyond what any high-end PC offers when running a late eighth-gen game at 4K/60 FPS. When asking the question “what’s going on here that couldn’t have been done on eighth-gen,” the answer is really a sum of the parts. It’s hard to see the Xbox One X, let alone the Xbox One, running a game with these visuals at 4K/60 FPS, and that too, in an open world setting. While Halo: Infinite isn’t exactly going to win awards for its graphics, it delivers great eighth-gen quality at a performance and IQ level that go beyond eighth-gen consoles. 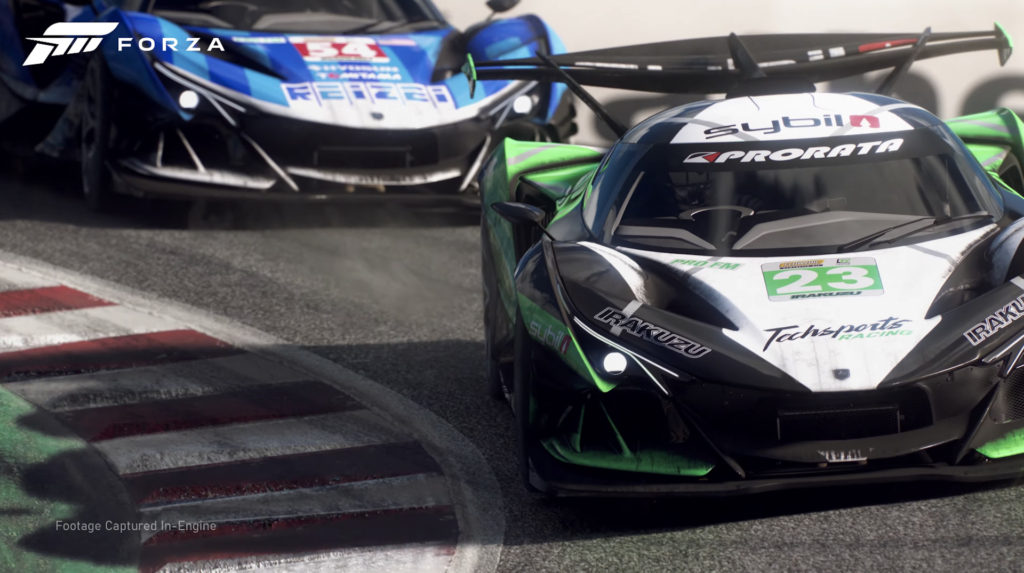 Where Halo: Infinite had us struggling a bit to identify signature visual effects, Forza Motorsport’s “in-engine” trailer immediately screamed next-generation. As with the Gran Turismo demo we saw earlier on PlayStation 5, the highlight here is the extensive use of ray-tracing. Ray-traced reflections are everywhere, from character helmets to the cars themselves. The reflections and high quality lighting, together with exemplary material rendering mean that many scenes look almost photorealistic.

Level of detail and geometric complexity are well beyond what we’ve seen in eighth-gen racing titles. What struck us immediately was something that would be innocuous in other genres — high fidelity tree rendering. In racing games where most of the limited polygon budget goes towards rendering car models, environmental details often take a hit.

Trees and other incidental environmental objects rarely look good in eighth-gen racing titles. But here, we see high-polygon tree models and high grass density outside the track. All in all, Forza Motorsport is a great showcase of the Xbox Series X’s capabilities, delivering visuals that are categorically a whole generation ahead of Forza Motorsport 7. This is a complete franchise reboot and, at least from a visual standpoint, it’s easy to see why that’s the case. 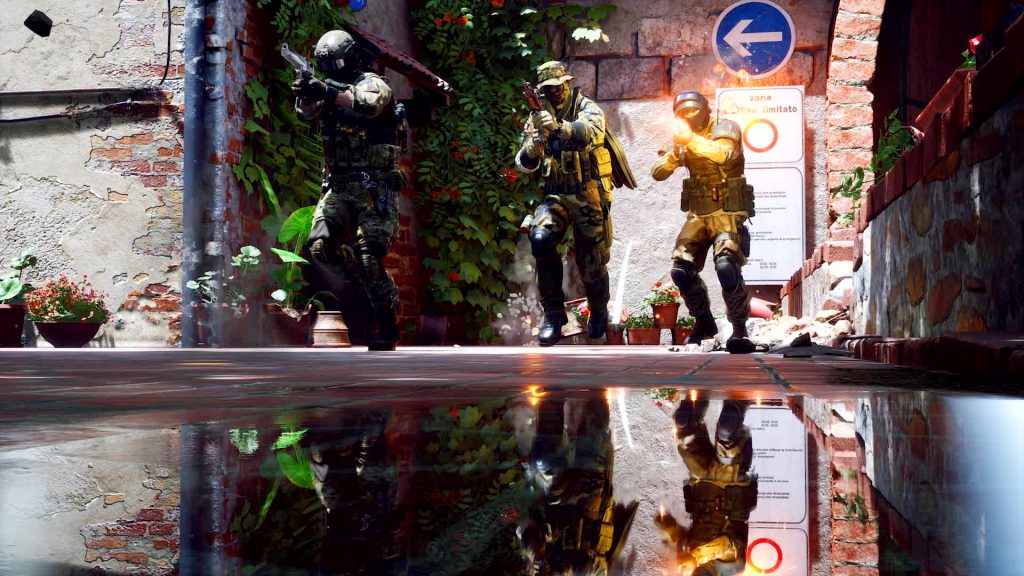 CrossfireX is the Remedy-developed campaign for what is apparently the world’s most popular first-person shooter franchise in terms of player count. Much like Halo: Infinite, the next-gen Xbox Series X upgrades are hard to see here at first glance. This is in large part because the Crossfire franchise targets a large player base — there’s a need for scalability beyond what’s possible on the Xbox Series. Nevertheless, the engine trailer reveals a number of visual elements that go well beyond the eighth-generation norm. We see top-notch character rendering, with high fidelity character models and subsurface scattering on the skin.

While this is, again, standard for high-end eighth-generation titles, it’s important to remember that these effects are being handed in at what we expect to be a locked 4K/60 FPS. In a section of the trailer where a helicopter swoops past an urban vista, we also see what looks like an extended LOD, with high fidelity building models in place of the textured billboards we’d otherwise expect to see. CrossfireX isn’t exactly a torchbearer for ninth-gen visuals. However, it again demonstrates that the Xbox Series X can easily deliver top-end eighth-gen visuals at a silky-smooth and sharp 4K/60 FPS. 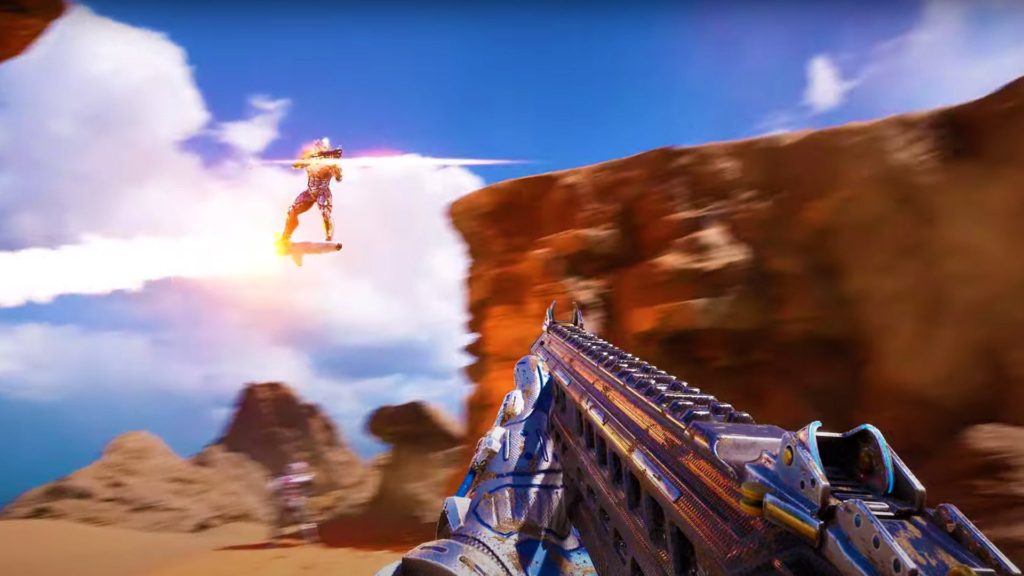 Much like CrossFireX, ExoMecha isn’t going that far beyond the boundaries of the eighth-gen visual milieu. However, as with the earlier title, we’re seeing top-notch visuals delivered at 4K/60 FPS. However, in the ExoMecha gameplay trailer, we do see some technical aspects at play that appear to go well beyond the capabilities of eighth-gen Xbox devices. For starters, level of detail scaling is remarkable.

In a brief forested scene, we see grass rendered far into the distance — even when the player character takes flight, culling is hard to notice and fine detail is retained out into the distance. In another scene, we see a large quantity of rocks and debris on the ground, rendered in full geometric detail, not just as textures or as a parallax occlusion mapping effect. Texture assets — on weapons, especially, also appear to be very high quality. We see a clear pathway to scale down to the current-gen Xbox consoles, by dropping geometric quality, resolution, and aggressively culling object detail. However, the top-end visual set that the demo represents goes well above the eighth-gen standard. 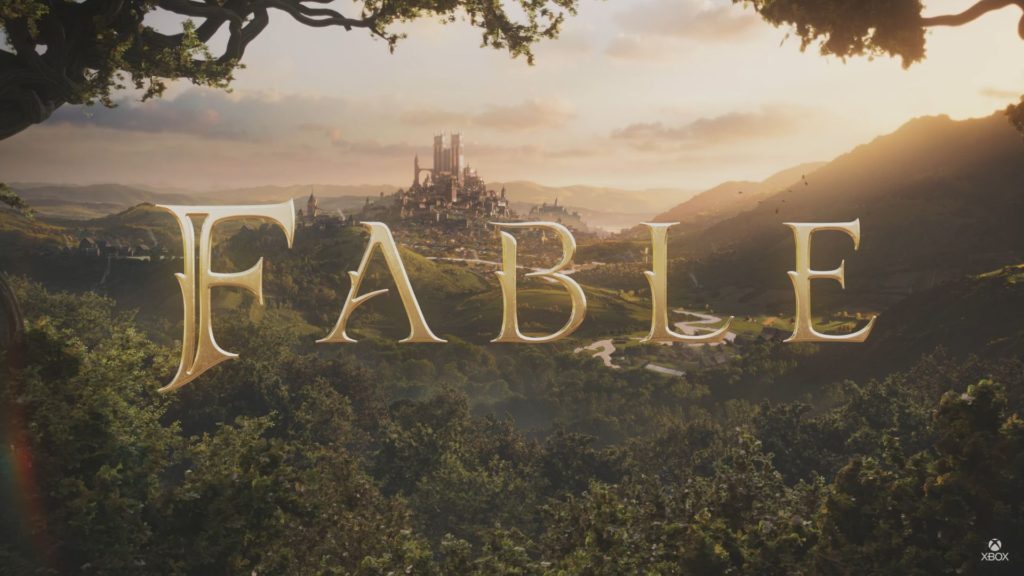 It’s surprising to see Fable again here, especially following the draw-out disaster that was Fable Legends. It’s not yet clear whether the 1-minute Fable reboot trailer represents in-engine footage or something more representative of gameplay. Regardless, there are some important visual features here that elevate the trailer above the eighth-gen standard. For starters, level of detail scaling is remarkable, something we’ve now come to expect from ninth-gen titles.

We see high quality material rendering — the skin surface of the frog towards the end comes to mind. At the very end of the trailer, when we see a long shot of a forest, we see dense 3D vegetation stretching for quite some ways into the background. All in all, this is an iterative improvement. However polygon counts and detail levels are well beyond the Xbox One standard. 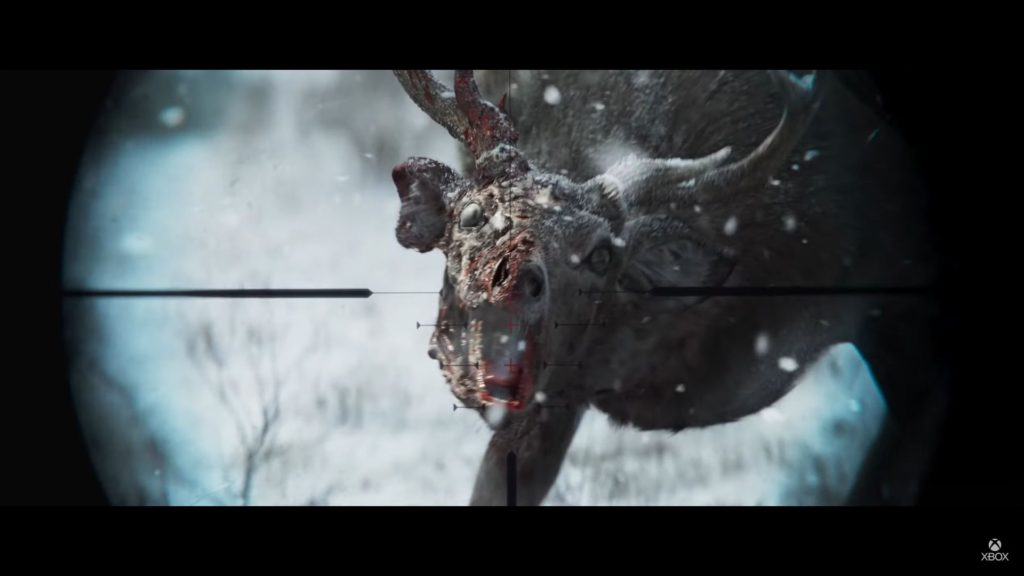 In terms of visuals, we see exceptionally high polygon counts across the board. The female character’s face and clothing rendering in smoothly without any visible polygon edges. It’s interesting to note that there’s a lot of incidental detail on the character model — like the fur on her jacket — that’s evidently made up of real geometry, as opposed to being a shader effect. Tree cover towards the middle of the demo is exceptionally dense and occluded light from the sun.

The tree models themselves are, again, feature very high mesh density. We also got a brief look at State of Decay 3’s water simulation. We’re seeing what looks like a great example of fluid simulation with waves that actually deform the surface of the water. Character skin rendering looked a bit off, but that’s just in comparison to the rest of the visuals. Overall, it’s easy to see State of Decay 3 taking its place as a genuine tech showcase for the Xbox Series X.

These Xbox Series X gameplay and in-engine trailers come a while after we saw games in action on the PlayStation 5. Arguably, this has allowed Sony’s hardware to set the conversation in terms of features like ray-tracing and dynamic LOD scaling. What we saw on Xbox Series X wasn’t necessarily above and beyond the PlayStation 5 tech demos, despite the performance disparity between the two consoles.

This is likely down to two reasons: developers still haven’t had much time with dev kits for either platform. And moreover, many of these Xbox Series X game are cross-gen, which means that the base code will have to work in some shape or form on the Xbox One and Xbox One X. Keeping that in mind, the demos we’ve seen so far bode well for the Series X. We look forward to analyzing Xbox Series X titles in depth at launch.