A recent leak suggests that the action RPG's next expansion will take players to Norse mythology's Dwarven realm of Svartalfheim. 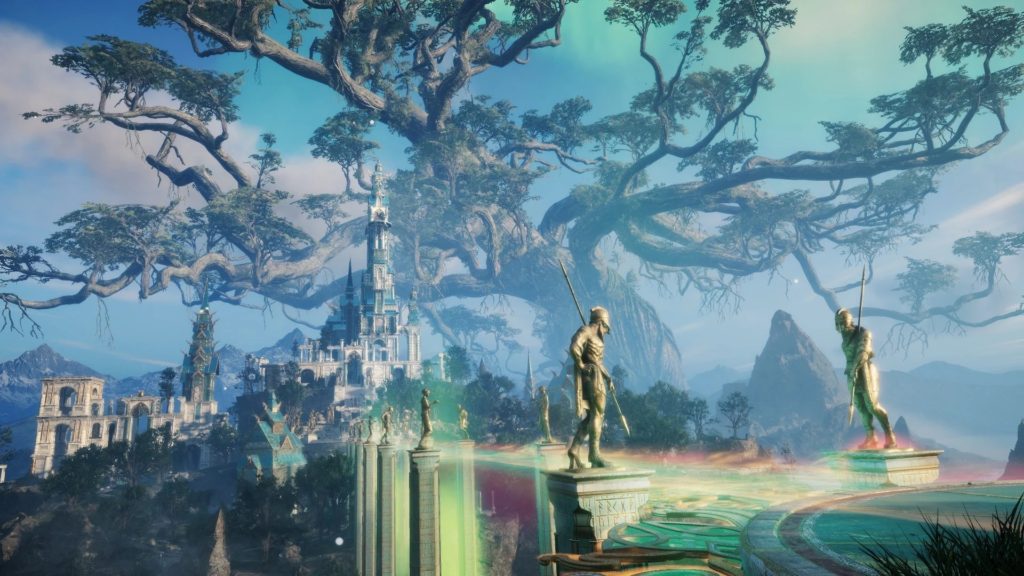 Assassin’s Creed Valhalla has seen plenty of post-launch support in the year since its release, and Ubisoft has provided a steady stream of free seasonal updates, two major expansions with Wrath of the Druids and The Siege of Paris, the recently released Discovery Tour mode, and much more. Of course, the game will be getting more content in 2022, and though Ubisoft hasn’t provided many details on what that will entail, a recent leak may have spilled the beans on that.

YouTuber j0nathan, who consistently leaks Assassin’s Creed details, recently uploaded a video in which he talked about having dug into the code of Assassin’s Creed Valhalla’s latest update, which apparently includes details on the game’s next expansion, Achievements and Trophies, and more (summarized by Eurogamer).

The open world action RPG’s next expansion will allegedly be called Dawn of Ragnarok, and unlike the first two expansions, it looks like this one will be much more fantastical nature and dig deep into the Norse mythology side of the game’s setting. It will be set in Norse mythology’s Dwarven realm of Svartalfheim, which is about to be invaded by the forces of Muspelheim, and this conflict will apparently set up Ragnarok.

On the gameplay side of things, it looks like Eivor’s abilities will also embrace the fantastical nature of the expansion, such as using teleportation arrows, ice powers, bringing an enemy back from the dead, being able to fly like a crow, and becoming temporarily invisible. One of the achievements also mentions Atgeir, a chainmail-piercing spear.

Speaking of achievements, you will also apparently get one for completing all territories of Svartalfheim, fully upgrading Odin’s Bracer (which sounds like it’s going to be another weapons or item to use in combat), and more.

These are unconfirmed details, of course, but they do fall in line with how Ubisoft generally approaches expansions of Assassin’s Creed games. There’s also the fact that j0nathan has generally been a credible source of unconfirmed Assassin’s Creed details. Hopefully Ubisoft will have something to say about Valhalla’s next expansion in the not-so-distant future.

As for what lies ahead for the series after Valhalla, Ubisoft is working on the live service title Assassin’s Creed Infinity, which, according to the publisher, will remain committed to delivering “high-quality narrative experiences.” Leaks have also suggested that the game will have semi-open world areas, each with their individual stories. According to reports, Assassin’s Creed Infinity is at least three years away from launch.