Kunos Simulazioni's upcoming racing sim will soon be making the jump to current-gen consoles, and this new trailer shows off what it's going to look like. 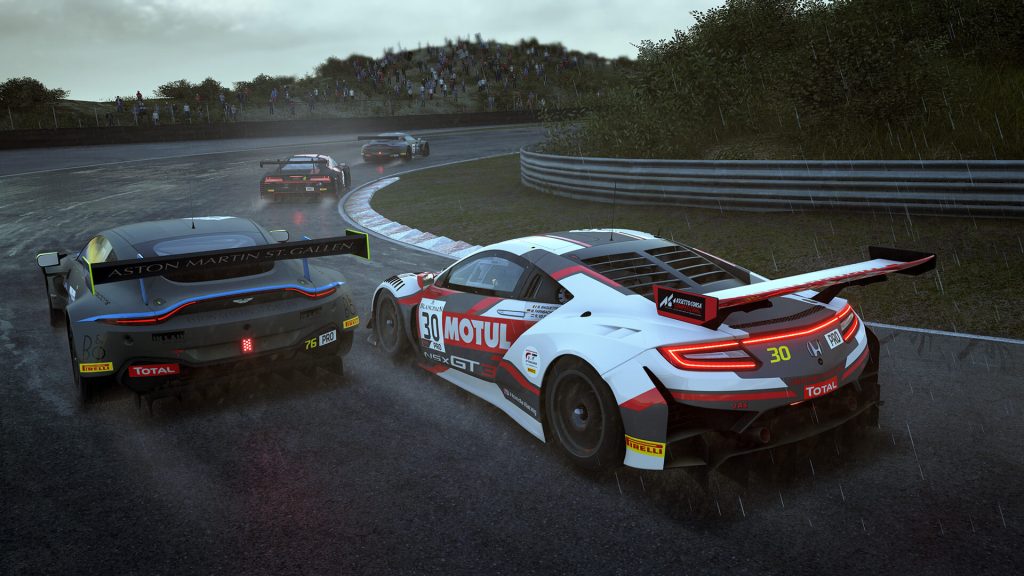 With gradual steps, Kunos Simulazioni’s racing sim Assetto Corsa Competizion has opened the gates for a larger player base, having first launched for PC back in 2019, followed by a PS4 and Xbox One launch the following year. Last year, publisher 505 Games confirmed that the game would also be seeing a native launch on PS5 and Xbox Series X/S with additional bells and whistles in February 2022, and ahead of its looming release, they’ve released a new gameplay trailer for it.

At over three minutes in length, the trailer shows a solid glimpse of the racing sim, a good chunk of which shows the cockpit views of various vehicles across both day and night races. Visual enhancements over last-gen versions of the game are clear to see, especially when it comes to the lighting. Check out the full video below.

Assetto Corsa Competizione will launch for PS5 and Xbox Series X/S on February 24. Between this, Gran Turismo 7, and GRID Legends, fans of racing games are going to have plenty to keep them occupied in the near future.

Assetto Corsa 2 is also currently in the works with a planned 2024 launch window, while a mobile game in the series is also in development. Read more on that through here.