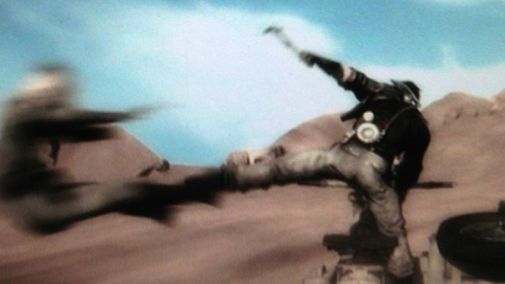 Many moons ago, co-founder and CCO of Avalanche Studios Christofer Sundberg posted some images to Instagram that many thought were teases for the next Just Cause game. The studio’s later indication that it was working on three unannounced projects made us assume that one of those was the above mentioned Just Cause sequel.

Speaking to EDGE, however, Sundberg revealed that the images were actually from a new steampunk style game.

“They were from a steampunk-style game we had in development that we put on ice. I really love that art style, and to combine it with sandbox gameplay is a dream of mine. Fortunately, being an independent developer I can control my own destiny and we’ll make something in that world sooner or later.”

This isn’t to say that Just Cause 3 isn’t in development somewhere at the studio. It just means we’ll have to keep waiting till E3 2013 to know more about the unannounced projects in development.

Tagged With: Avalanche Studios, just cause 3, multiplatform, next gen consoles