The dreaded LCAA Hovercraft will be getting lighter armor, less health and toned down weapons. Respawn and revive fixes are also coming. 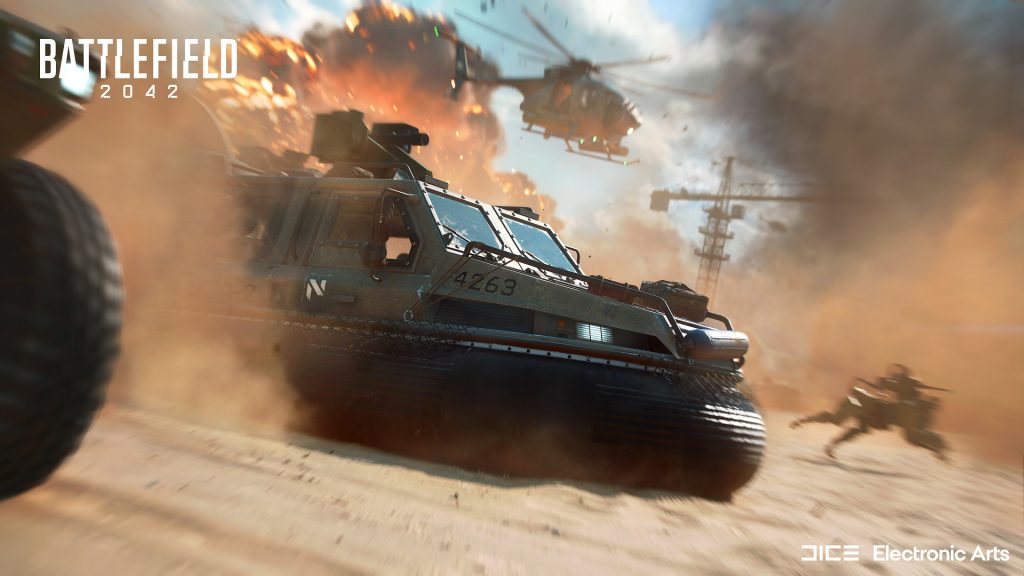 While the public reception to Battlefield 2042 is less than ideal (at least on Steam), DICE has outlined what’s coming in its next update. In a series of tweets, it confirmed the issue that was preventing players from reviving when their teammates are close to “nearby geometry” and that it will be fixed. A server side fix for an issue that saw players unable to respawn is also coming (though another solution is planned if it doesn’t work).

UAV-1 interaction was also removed due to balancing issues but it will be re-enabled with this update. Those facing issues with missing loadouts (as a result of a failed data call on the developer’s end) should also see a fix. Finally – and most importantly – the LCAA Hovercraft is being nerfed.

Along with receiving lighter armor and less health, its weapons are also being toned down while the MD540 Nightbird will also have its weapons tuned. A release date for the update hasn’t been provided yet so stay tuned for more details in the coming days. Battlefield 2042 is currently available for Xbox One, Xbox Series X/S, PS4, PS5 and PC.

We're confident that we've identified the cause of the issue that was preventing you from always getting off a revive, particularly when a player is in close proximity to nearby geometry.

A fix for this is on the way 💡 pic.twitter.com/xlim1KVZFI

Separately we're closing in on a possible server side fix for players who in rare circumstances find themselves unable to respawn.

If that server side fix doesn't stick, we already have a further solution lined up for our upcoming update 👍 pic.twitter.com/WzULOEkRRZ

We temporarily removed this whilst we could evaluate the best way to keep it balanced, and fun.

That work is now complete and we'll be looking to re-enable this alongside the next update 🎯 pic.twitter.com/tjy6qQnJpi

A rare issue that could sometimes cause a data call to fail on our end now has a fix developed, and is presently in testing.

We're keen to roll this one out to you all and make sure that you don't have that frustration of needing to reconnect to a server 👏 pic.twitter.com/Z7aaoHnkIT

The LCAA Hovercraft will be re-equipped with lighter armor, lowering its health, and we're tuning down some of its weaponry