Battlefield 5’s New Tank and Vehicle Variants Have Been Datamined

Get a look at the upcoming vehicles a bit early.

Battlefield V launched at the end of last year to mostly good reviews (you can check out take on the game here), but did see some issues about the lack of content the game had at launch. Since then, developer DICE has been hard at work updating the title, with the biggest content update being the Criterion-developed Firestorm mode, Battlefield’s take on battle royale.

As is often the case, the game has had eager fans digging around the data files to find upcoming releases sooner than anticipated. We’ve seen that happen before, with weapons and elite soldiers, and now we have seen it again with new upcoming vehicles.

Fans on the game’s official Reddit have dug in to find renders of a lot of the new death machines coming up. While they lack textures, you get a good idea of what they’ll look like in game. We see a T17E2, T17E3, Sd.Kfz. 251/17, and Panzerjager 38, and there’s even what looks to be an unreleased version of the Churchill AVRE. You can take a look at the link above for more details on the WWII era vehicles, and see the pictures below.

Battlefield V is available now for PlayStation 4, Xbox One, and PC. 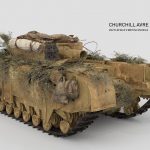 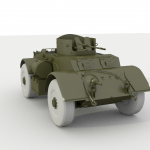 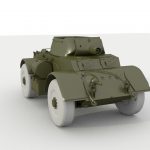 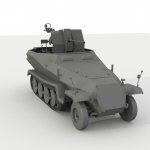