Bayonetta Creator Lashes Out as Kotaku Over PC Gaming/Valve Article

Never get on Hideki Kamiya’s bad side.

The man who brought us Bayonetta, Vanquish and the recent Anarchy Reigns, besides tons of classic titles while part of Capcom and Clover Studios, recently took Kotaku to task over a story they did analyzing some tweets he wrote regarding Valve, Steam and PC gaming in general.

In Kotaku’s defense, they packaged it to look at the contrasts between the American and Japanese industries, where PC gaming is big in one but is used for simply playing MMOs and the like in the other (where consoles mainly dominate).

However, we can’t blame Kamiya for getting pissed at his tweets just being pulled out and then given the headline, “The Guy Who Made Bayonetta Is Clueless About Valve And PC Gaming”.

Whether it was meant as link-bait or not, Kamiya wasn’t gonna stand for it. 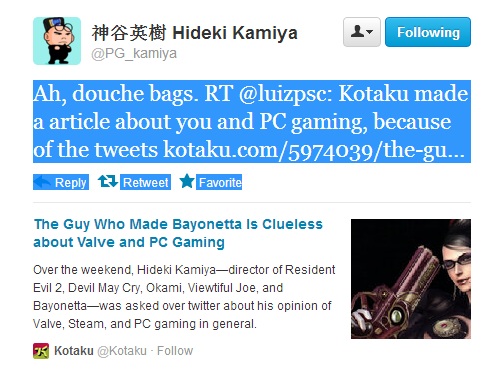 When Kotaku contributing writer Luke Plunkett asked if he had actually read the piece, Kamiya stated: 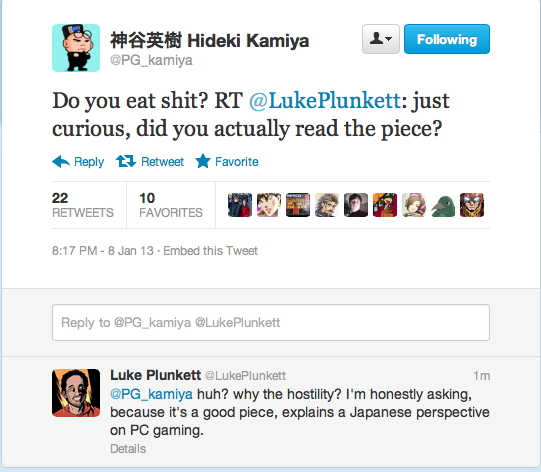 Kamiya finally culminated his frustration when told the piece was good because it “explains a Japanese perspective on PC gaming.” 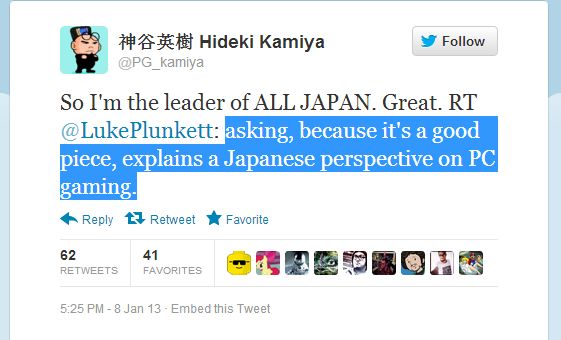 What do you guys think? Was Kotaku at fault in any way or did Kamiya over-react?