True to what they said a few days back, BioWare have announced full-fledged third person shooter Mass Effect game for all iOS devices. The game, called Mass Effect: Infiltrator, will be a “fully featured” third person shooter with “stunning graphics and authentic weapons and powers from the Mass Effect series.”
The game will focus on seeing players free prisoners from a hostile Cerberus base, and will receive rewards as they as they collect evidence of Cerberus’ crimes.
The game will tie in directly with Mass Effect 3’s Galaxy at War system, with each rescue and piece of intelligence gathered increasing a “player’s Galactic Readiness rating directly through the Galaxy at War system.”
No more information on  how it will tie in with the Galaxy at War feature in Mass Effect 3 has been given till now, but we can safely assume that it will tie in with EA’s Origin.
The game will release on iPhone, iPad and iPod “soon”. The game will be developed by IronMonkey Studios.
We also have a few screenshots of the game for you (via IGN). And it’s true, the graphics do look stunning. Have a look below (click on images to view full size): 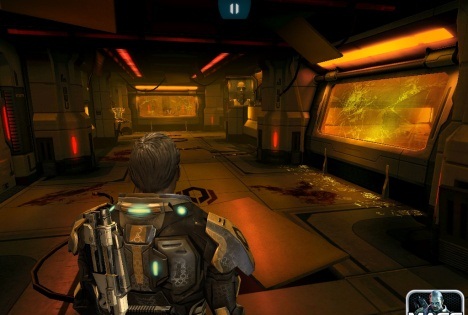 Mass Effect 3 releases on Xbox 360, PS3 and PC on March 6 in North America and March 9 in Europe.