BioWare did not originally intend for Omega to become the biggest Mass Effect DLC till date. 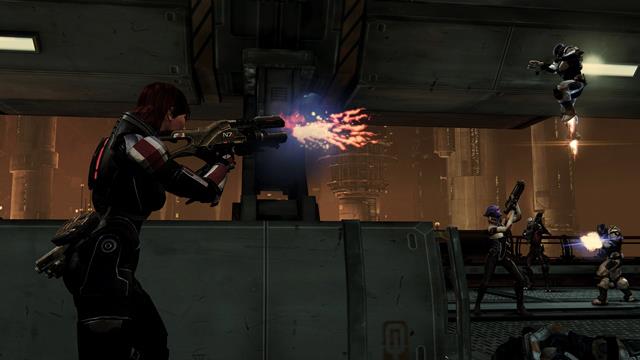 Mass Effect 3’s Omega DLC is officially the biggest DLC the Mass Effect franchise has seen till date, in scope and size. But BioWare did not originally intend for Omega to become so huge.

“We had a lot of feedback asking to know more about Aria and Omega and we decided fairly early on making this a personal history of Aria and the Station,” BioWare Montreal producer Fabrice Condominas told Polygon. “But the game at its current size was not the original goal

“Around the first 1/3 of the project when we first validated the writing we realized we needed to include strong moral choices throughout the game and didn’t ask ourselves how long this would end up making it.”

He then went on to say that the freedom BioWare was given as a developer was a “luxury.”

“We don’t see that a lot in the industry as a whole,” he said. “It’s a luxury to have that freedom.”

You can watch the Omega DLC’s launch trailer here.