Bugsnax Will Utilize DualSense on PS5, Inspired by Ape Escape and Pokemon Snap

Gameplay is from the first person perspective and involves capturing and studying over 100 Bugsnax. 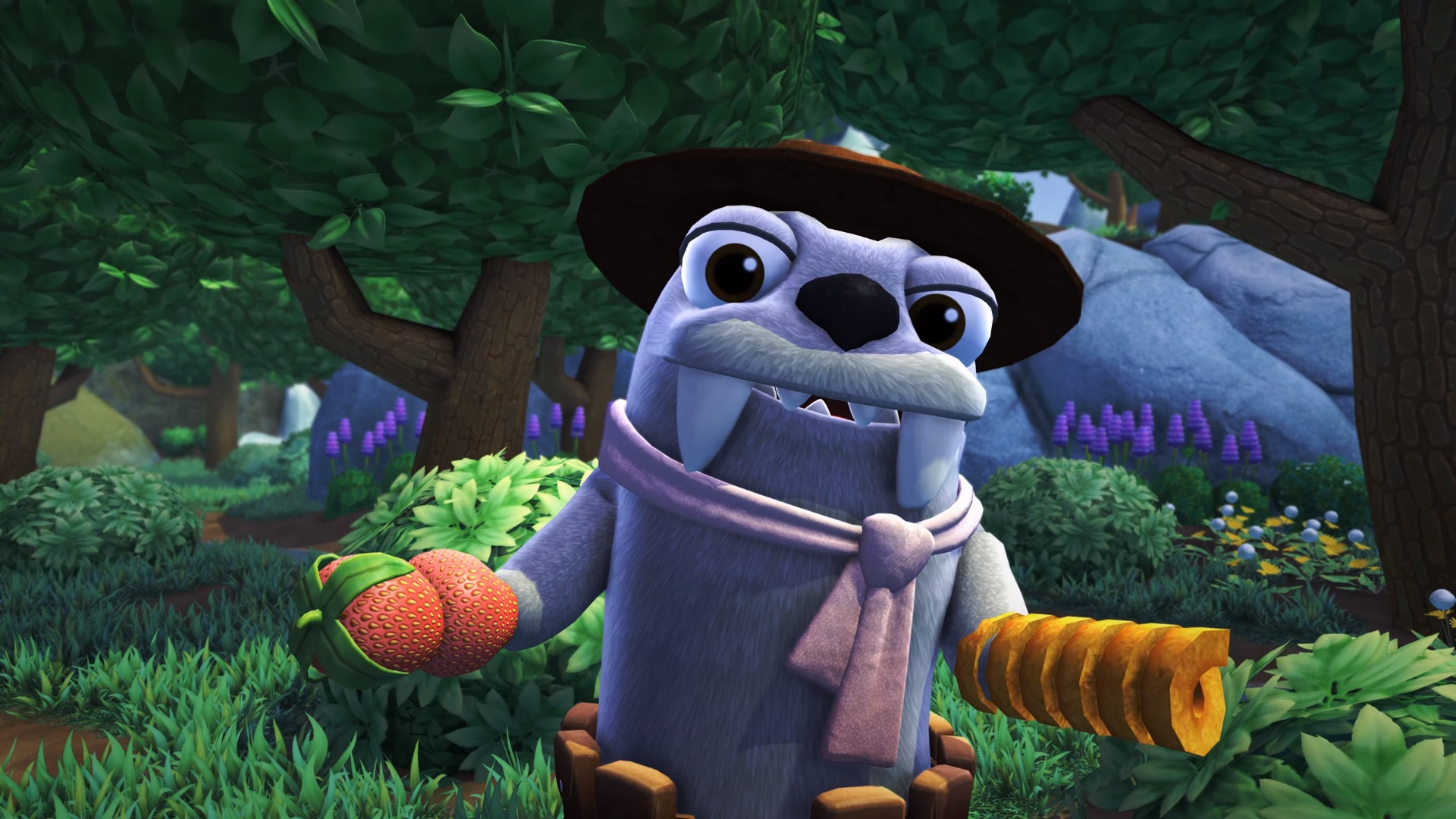 Sony’s roster for PS5 titles has been quite something so far, ranging from the cheery platforming of Astro’s Playroom to the gorgeous open of Horizon Forbidden West. It also has a penchant for the weird though, as Young Horses’ Bugsnax illustrated. Though the actual gameplay wasn’t discussed too much, the central theme of being on an island with bugs that resembled snacks was odd to say the least.

Young Horses co-founder and president Philip Tibitoski provided some more context and information recently though. Speaking to US Gamer, he said that the game is actually a first person adventure title. It sees a journalist venturing to Snaktooth Island after a film about creatures called Bugsnax from adventurer Elizabert Megafig was received.

Of course, upon arriving at the island, Elizabert is missing. You’ll thus need to work with her followers and figure out the deal with Bugsnax, which cause a person’s body to change upon consuming them. Over 100 Bugsnax exist and Snaktooth Island has several biomes to explore. Inspirations for the title include Ape Escape, Pokemon Snap (which is getting a follow-up), Viva Pinata, Dark Cloud and even BioShock. There’s even some Fern Gully thrown in due to its theme of “consideration for the environment.” How this ties into Bugsnax is unknown right now.

The game is confirmed to utilize DualSense with Tibitoski noting that, “Running around in the environment and feeling the different types of terrain under your feet while sprinting is really cool and weird. Past vibration in games has felt good, it’s a nice addition, but it’s never been essential, I guess.

“Now, it feels like it makes a big difference in the game, whether it’s running through a stream of water or, when trying to catch a Bugsnak, it being in your trap and finding ‘oh, is it trying to escape?’ You can feel how intense it is and how close it is to escaping.”

Bugsnax will receive more details in the coming months, including a gameplay trailer, so stay tuned. It’s out for PS5, PS4 and PC via the Epic Games Store this holiday season.