Call of Duty: Black Ops Cold War Might Be Getting a “Large-Scale Zombies Experience” Soon

A large-scale Zombies mode, called Outbreak, seems to be imminent.

Call of Duty: Black Ops Cold War and Warzone are heading together into their second joint season soon, and it seems Treyarch and Raven Software have a lot of plans focused on zombies for the two games in the coming weeks. Lately, we’ve been getting reports that Zombies might be headed to Warzone soon, and now, it seems a new large-scale Zombies mode is headed to Black Ops Cold War as well.

The new mode, titled “Outbreak” was leaked on the Call of Duty website itself, and is described as “a new, large-scale Zombies experience.” That premature reveal has since been pulled, but you can check out a screencap below (courtesy of MP1st). According to leaks, Outbreak is supposed to be a co-op PvE open world mode set in a big Fireteam map.

Of course, it remains to be seen exactly how much of this will be true, but while the details still remain murky, the leak on the series’ official website makes it clear that Outbreak is a real thing. Here’s hoping it gets announced soon.

Call of Duty: Black Ops Cold War and Warzone are available on PS5, Xbox Series X/S, PS4, Xbox One, and PC. A new Call of Duty game also launches later this year. As per reports, it’ll be developed by Sledgehammer, and will be set during World War 2 again. 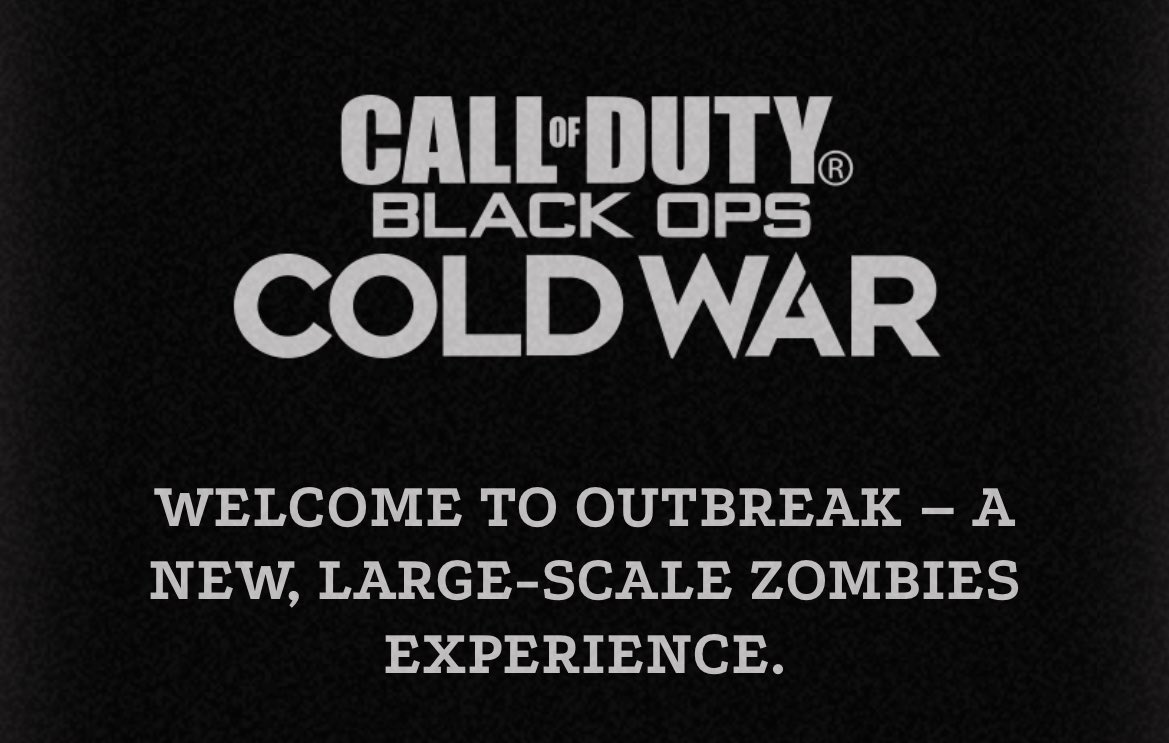