For $6 on one platform, you get Cloud, his costumes and a new stage. 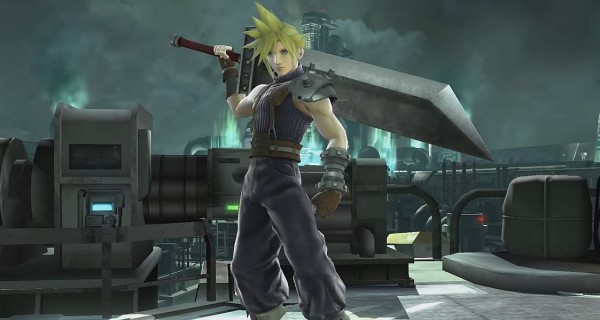 Cloud Strife is available as an additional character for Nintendo’s Super Smash Bros. on Wii U and 3DS from today onwards. In Nintendo’s Direct presentation for the game, it also revealed new details about the Final Fantasy 7 protagonist and the contents players can expect.

For instance, along with Cloud, you’ll receive two costumes – his normal FF7 SOLDIER outfit and the Advent Children outfit – with different colour schemes. The Midgar stage is also included with Cloud and it features a number of different Materia that players can pick up for various Summons. These include Leviathan, Ifrit, Odin, Bahamut Zero and Ramuh, with each knock-out granting the summoning player a point.

You can pick up Cloud Strife and the Midgar stage for $6 on either platform or for $7 on both the 3DS and Wii U. Along with Cloud Strife, Bayonetta has recently been announced as a playable character in Super Smash Bros. though the release date for her DLC is unknown at this time.