A new free game mode is also coming in December.

Remedy’s Control has been out and about, garnering critical acclaim (check out our review here) and receiving updates for performance. What’s next though? It kicks off with a Photo Mode in Fall 2019 but past that, the development team has even bigger plans.

In its content roadmap, it announced a free new game mode called Expeditions for December 2019. As a “challenging new end-game mode”, it sees Jesse working with Security Chief Arish to investigate a strange formation. A number of challenges can be expected so if you want something to push your fully upgraded build to the limit, this is the place.

Remedy then addressed its two paid expansions. The first is The Foundation, out in early 2020, which sees Jesse delving below the Bureau and seeking to bring order to The Oldest House. The second, which releases in mid-2020, is undoubtedly more interesting – it’s called AWE, short for Altered World Events, and sees Jesse looking into the Investigations Sector.

Except in the image for AWE, we see a very familiar silhouette – that of Remedy’s Alan Wake. It also probably isn’t a coincidence that AWE could also be short for “Alan Wake Expansion”. A crossover wouldn’t be impossible – after all, Remedy did pick up the publishing rights for Alan Wake.

We’ll wait and see how it pans out, but expect more news on Remedy’s action adventure title soon. 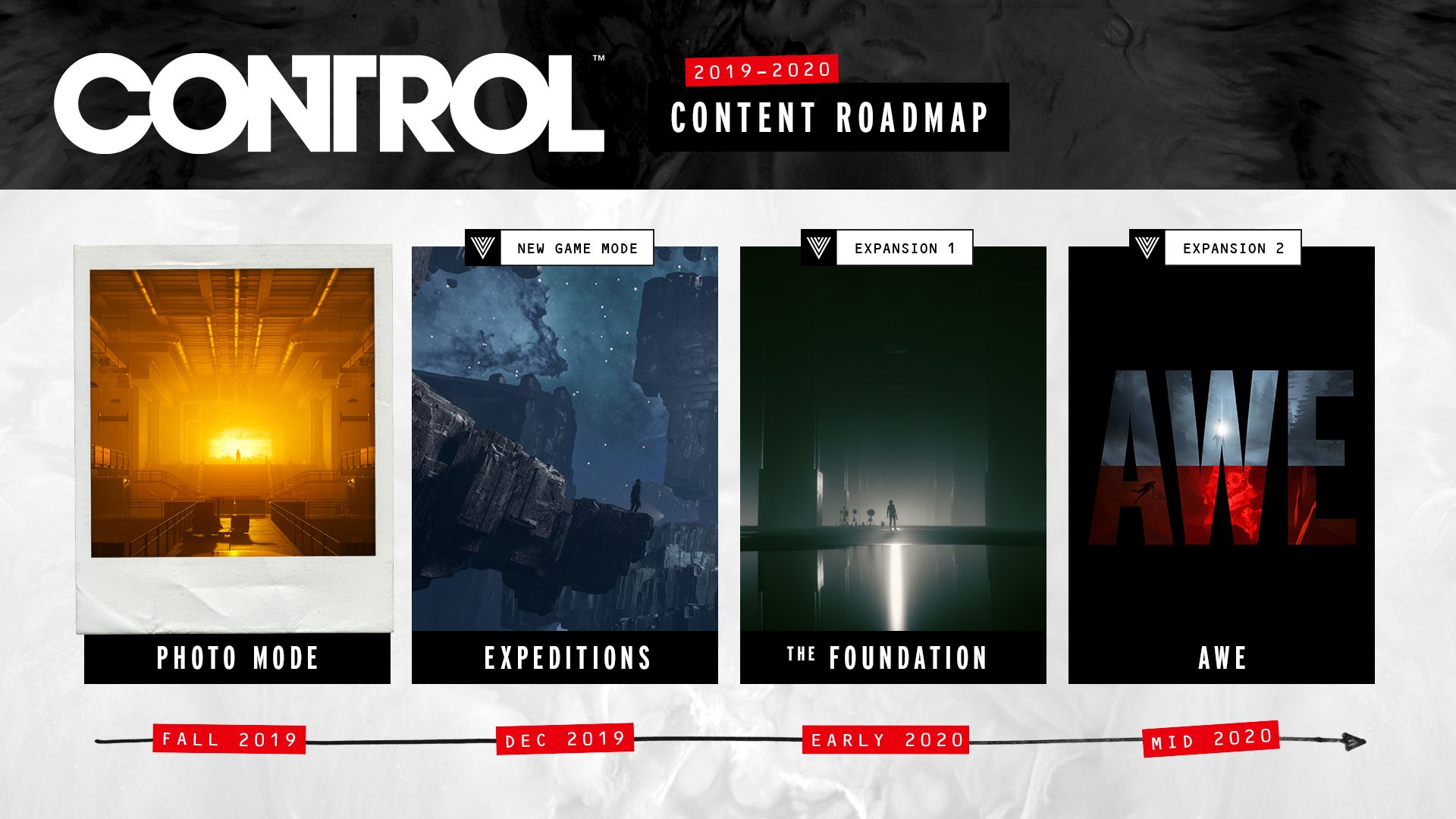