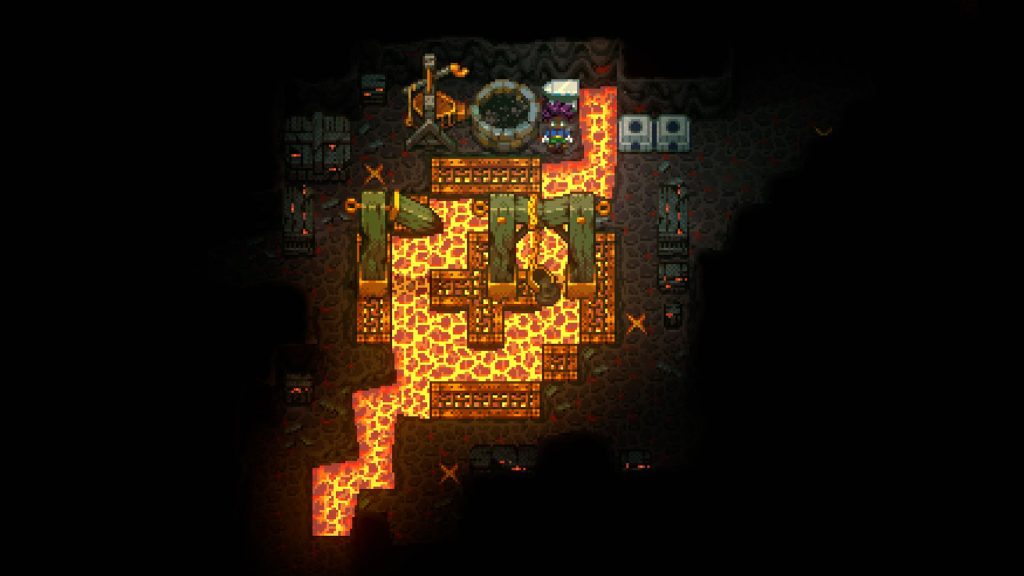 Fireshrine Games’ largest update yet for Core Keeper is now live with The Desert of Beginnings. It adds a new biome and Desert soundtrack, go-karts to explore it (and even race against friends), and new Galaxite Ore for creating new weapons. Check out the launch trailer below.

A new weapon type has also been added for melee combat at a longer range than usual. You’ll need all the upgrades and weapons you can get, especially when confronting the new bosses, Igneous the Molten Mass and Ra-Akar the Sand Titan. Other activities include catching insects with the new Bug Net.

The Desert of Beginnings also comes with various quality-of-life features like Steam Achievements, recipe improvements, and fishing from boats and mine carts. You can also pick up, place, and destroy a “large selection” of world objects. Following the Christmas Event in December, the next major update will be the Crystal Biome, whose release date is still to be decided. Stay tuned for further updates in the meantime.

A new cinematic trailer was also showcased, which sees Tyrael and his armies descending into Hell to battle Li...

The expansion will take Aloy and players to the untamed wilds of Los Angeles, where she pursues a sinister thr...

Nightingale Gets New Trailer Showing Off its Worlds and Combat