Animated by Studio Trigger, the 10 episode series focuses on a Street Kid who becomes an edgerunner in the perilous Night City. 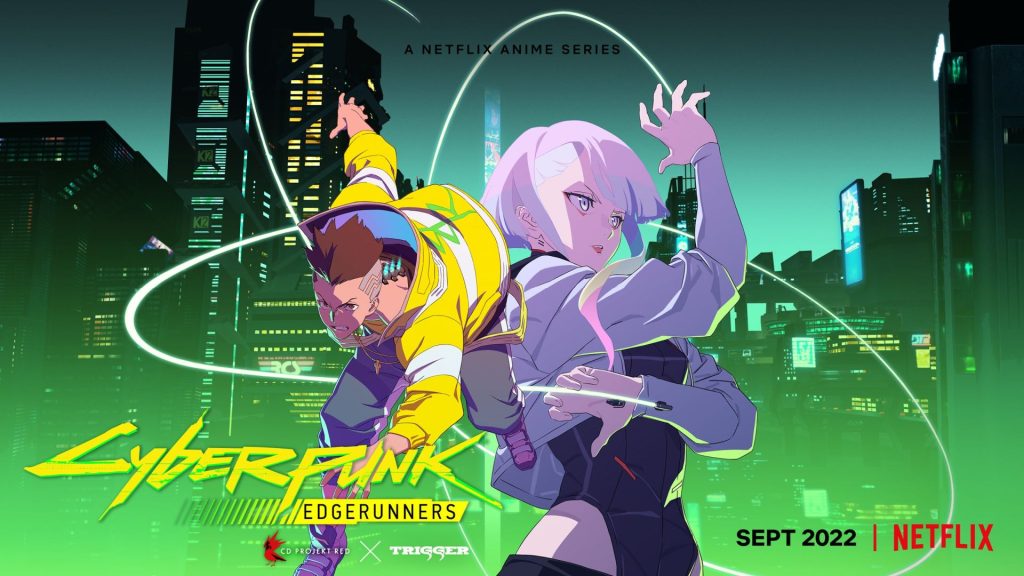 Netflix has released the first teaser trailer for Cyberpunk: Edgerunners, an anime by Studio Trigger (in association with CD Projekt RED). It premieres on September 10th with 10 episodes. Check out the action-packed and trippy teaser below.

Cyberpunk: Edgerunners is about a Street Kid struggling to survive in Night City. With no other choice left, he turns to body modification and becomes an edgerunner, taking on jobs as a mercenary in the city. Rafał Jaki (of The Witcher 3: Wild Hunt and The Witcher: Ronin fame) serves as the showrunner and executive producer with the anime being worked on since 2018.

Other talent includes director Hiroyuki Imaishi (Gurren Lagann, Promare) and animation director Yoh Yoshinari (Little Witch Academia, BNA: Brand New Animal) with the screenplay adapted by Yoshiki Usa (Gridman series, Promare) and Masahiko Otsuka (Star Wars: Visions – The Elder). The soundtrack is by none other than composer Akira Yamaoka of Silent Hill fame. Stay tuned for more details on the show when it premieres in the coming months.

Cyberpunk 2077 is currently available for Xbox One, Xbox Series X/S, PS4, PS5, PC and Google Stadia. Its first paid expansion is slated for 2023.