Innovating in games isn’t easy and when it does happen, it’s often met with outright hostility more often than not. When Deadly Premonition first released, many praised it to the high heavens as a cult classic while others panned it for its obviously drab visuals and odd premise. But it made an impression and did things differently from most other games without a doubt. Now, Access Games and director Hidetaka Suehiro aka SWERY are back with D4: Dark Dreams Don’t Die, an Xbox One exclusive that promotes the use of Kinect in new ways. We’ve only yet scratched the surface of its surreal premise and odd looks.

Speaking to Suehiro, we asked what inspired the premise behind D4, which aspect of the Xbox One excites him most and how the episodic format of the game will play out. 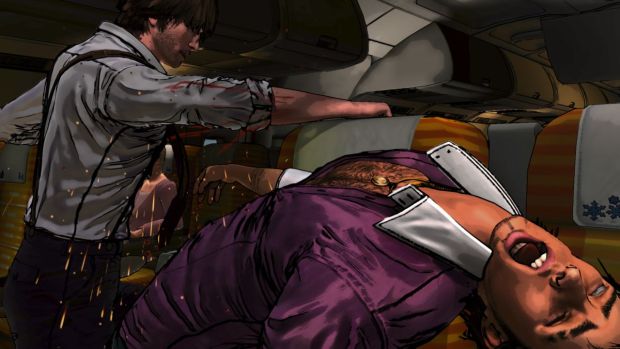 Ravi Sinha: After Deadly Premonition, what various ideas did you eventually cycle through before settling on D4: Dark Dreams Don’t Die?

SWERY: After producing Deadly Premonition, I started work on production of the Lord of Arcana series right away, and during that time I was already working on the planning and pre-production of D4. So you could say that I’ve been working on D4 for about the past 2~3 years or so. Looking back at the original plans, there are some parts which have changed greatly a lot, and some parts which haven’t changed a bit. At the same time I was also working on the sequel to Deadly Premonition and the framework for the Director’s Cut.

Ravi Sinha: Time travel plays a big role in the game, but it is connected to different objects within rather than used on the fly. Could you give us an example of this and how it affects gameplay overall?

SWERY: We call the items used to trigger time travel “mementos”. By touching these “mementos”, the main character – Young – is able to actually dive back into the world of the past to experience a particular time and solve mysteries. For example, in Episode 1, he uses a “bloody marshal’s badge” to dive back into the time a certain incident occurred on an airplane. Put really simple, the “memento” is basically like a key used to advance the story.

Ravi Sinha: Will there be multiple options for different outcomes using time travel in D4? In essence, does the game allow for branching paths or is there only a fixed linear outcome?

SWERY: At the core of the story is the theme of “you can’t change the past”. In other words, the flow of time is singular. The story depicts the inner workings of a main character who is trying to tweak this flow… It also contains the antithesis of “if you try as hard as you possibly can, you may actually be able to change the past”.

So as for your question of whether there is “more than one ending”, I can’t really say right now. I’d prefer to have you enjoy the game itself and get a firsthand feel for its mysteries. 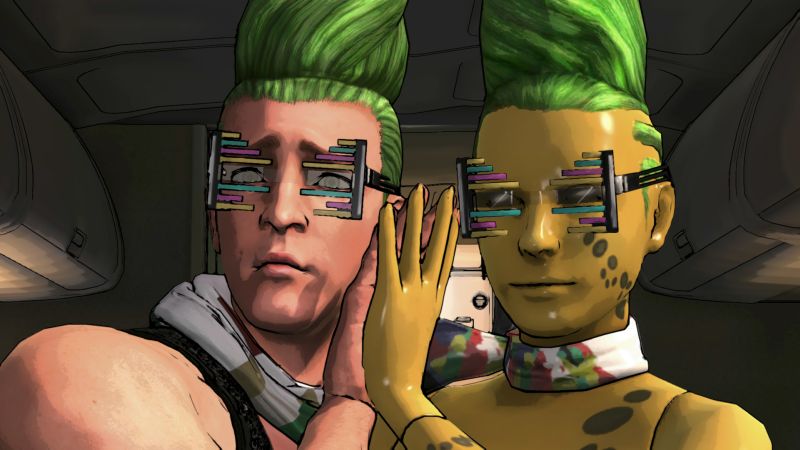 "How do we get people to understand that this is D4 simply by glancing at some screenshots? After a process of trial and error, we decided to use the current shading."

Ravi Sinha: With the Xbox One and its power, especially in the form of an eight core CPU and 8 GB DD3 RAM, what influenced the decision to go with a cel-shaded style in D4? Was it a counter-response to the constant pushing to make games like more realistic?

SWERY: How do we make this one game stand out among all of these other graphic and realistic games that are out there?
How do we get people to understand that this is D4 simply by glancing at some screenshots? After a process of trial and error, we decided to use the current shading. However, on top of that, since D4 is an episodic game, if this game goes over really well then it may turn into a long-running series, or there may be new episodes added.

Because of this, we had to use the sort of style that would be easy to keep consistent from the first episodes through the later ones. I really like the style we’re using now – it’s a sort of crossover between Japanese anime and Western cartoons.

Ravi Sinha: Tell us more about the controls for D4 using Kinect. How does the player utilize gestures and voice commands to traverse through the game, and how does this differ from using the controller?

SWERY: This’ll probably get a bit long, but I’ll answer as best as I can. All of the basic elements of gameplay can be performed with one hand. You can select different objects and people onscreen by placing your open hand in front of the screen. By closing your hand, you can pick things up, talk to people, and interact with things. This interaction is done by inputting simple commands in the same way you would normally use these objects in real life – for example, opening a door – and it provides the player with feedback in the form of realistic senses and feelings of actually performing these actions.

You can “push” selected objects by thrusting your open hand out in front of you. You can use this to move objects and get people’s attention and stuff like that. The camera angle can also be adjusted by moving your hand to the edge of the screen and swiping it like you do on a smartphone. Also, basic gameplay is mostly made up of elements like striking a “Lasso” pose with two fingers to operate auxiliary controls, using voice commands to have conversations, and changing your position to look around in order to explore the 3D environment. 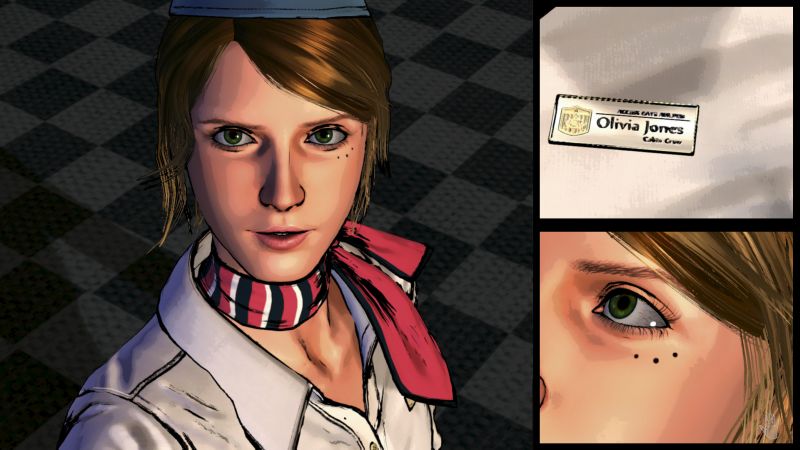 "With regards to controller support, all of the controls mentioned above can also be performed using the controller."

Putting it in writing like this makes it sound really complicated, but I think you’ll find that once you actually try it out it’s really quite simple.

Also, for the action scenes, you can advance the story by doing things like moving both hands, repositioning yourself, and using your voice. This is another thing that sets it apart from traditional QTE, in that the way it’s made really easy for anyone to have fun and get really into the game.

Additionally, with regards to controller support, all of the controls mentioned above can also be performed using the controller. So basically, the user can decide based on their mood whether they feel like playing using Kinect or the normal controller.

Ravi Sinha: D4 is designed to be an episodic mystery. Could you go into more detail about how this would work?

SWERY: The biggest reason we’ve made this an episodic game is that by splitting up a single story and distributing it episode by episode, as the story continues users from all over the place can find out what happens almost simultaneously. That is to say, no one will be able to the ending – which is the most important part of a mystery – until the final episode has been released. Because of this, I feel that we’re able to not only avoid spoilers, but also provide users with time to try to figure out how things will turn out on their own.

Ravi Sinha: What feature about the Xbox One – besides Kinect, of course – has you most excited for the console’s potential?

SWERY: This would be an “evolution in style” with regards to how the game is played. It would be awesome if this new device could help to start a new generation in the way that tablet PCs, cellphones, portable audio players, wireless controllers, and the PC mouse and keyboard managed to change our lifestyles over the past few years. 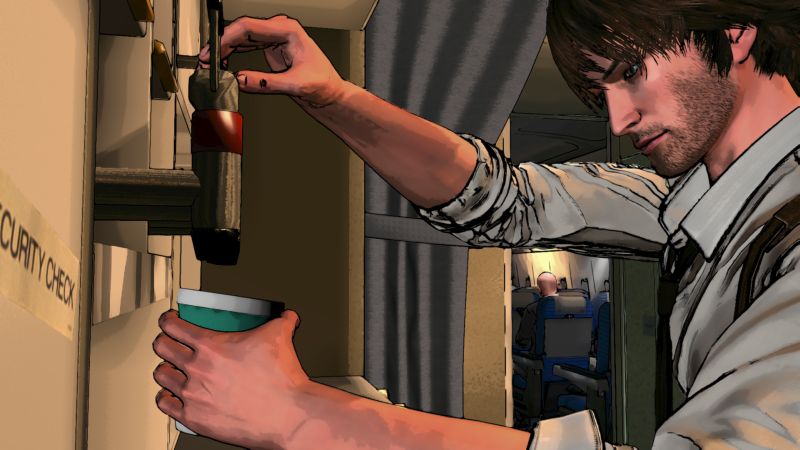 "Also, if we developers continue to update the cloud – as opposed to retail goods – then it should be possible for us to continue to provide users with new features."

SWERY: Of course, it has evolved in a number of ways. However, in order to maintain confidentiality, I’m afraid I can’t really answer that.

Ravi Sinha: From a development perspective what are your thoughts on Microsoft’s claim about cloud making the Xbox One more powerful in the future? Do you think we can have better graphics and physics using the cloud?

SWERY: I think that as the infrastructure evolves, the time may come when most resources and processes can be handled by the cloud. Also, if we developers continue to update the cloud – as opposed to retail goods – then it should be possible for us to continue to provide users with new features. If that happens, then as a creator there would be more and more things I’d want to do… Uh-oh – I just don’t have enough time or hands to do it all! What do I do?!

Ravi Sinha: How long can we expect the single player campaign to be?

SWERY: For each episode, I’m thinking it’ll be about 90~120 minutes for the main parts. We’re working hard to include meta-games and side quests on top of that. 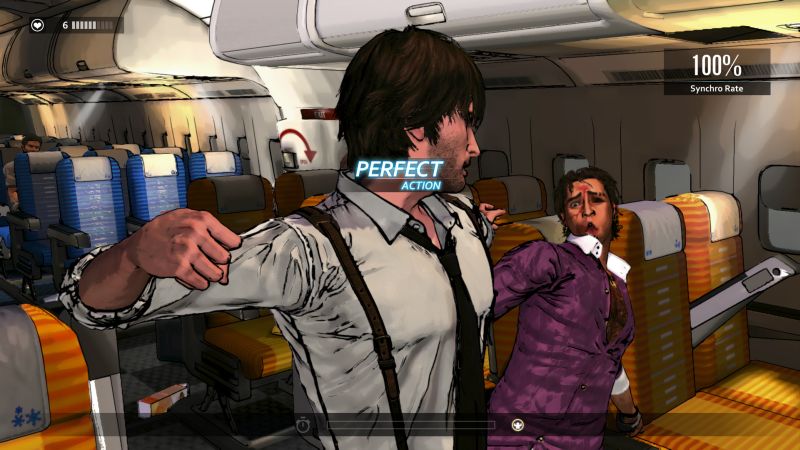 "Please don’t expect to be able to play D4 on any platform besides the Xbox One. Please understand that “D4 is not a sequel to Deadly Premonition”."

Ravi Sinha: How are you making sure that the game will have sufficient replay value?

SWERY: In addition to the side quests mentioned above, there are also a bunch of Easter eggs hidden in the game. I want to make it so that in order to find them all you’d have to play the game multiple times, and not only that but by finding them you’d also attain an even deeper understanding of the world of the game and come to love the characters even more.

Ravi Sinha: If there’s one thing you could tell players to NOT expect in D4, what would it be?

SWERY: 1: Please don’t expect to be able to play D4 on any platform besides the Xbox One.
2: Please understand that “D4 is not a sequel to Deadly Premonition”.
3: This is not what you think about with Kinect. This game is something the core will be able to enjoy and see why Kinect is a great enhancement to gaming as a whole.

We’re working hard on the production of this new title – D4 – by setting up the foundation of “emotional involvement” and “realistic senses and feelings”. I feel that we are basically creating a kind of game that’s really the first of its kind. We’re aiming to create the sort of game that will truly become an “experience” in the players’ lives, and I really think you’ll like what we have in store. That’s all, I love you all!