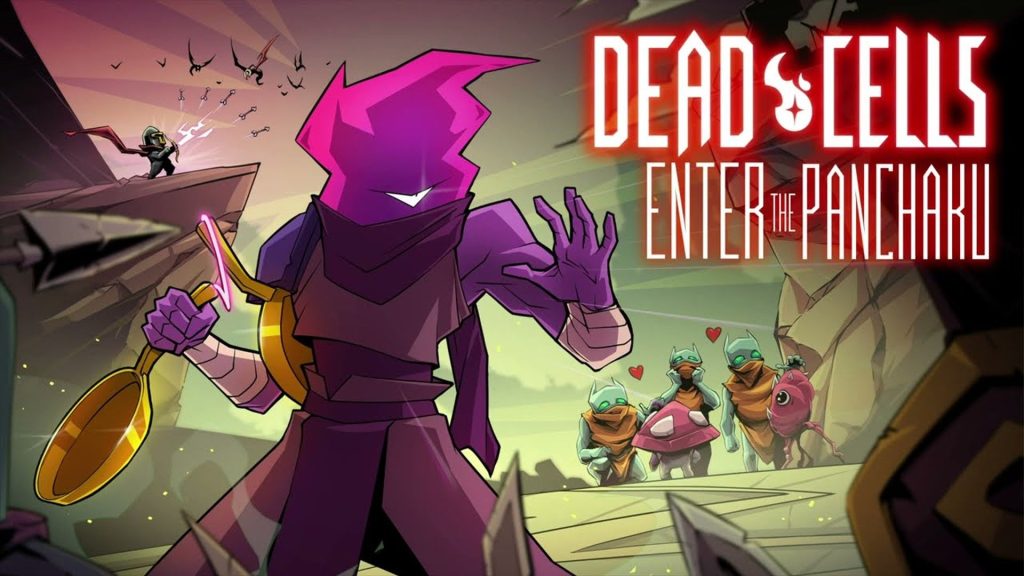 After weeks of testing, Motion Twin and Evil Empire have released the newest update for rogue-lite action title Dead Cells on PC. Update 30.0 “Enter the Panchaku” adds a brand-new weapon in the Panchaku along with the Magic Bow from Soul Knight. The Knight’s Outfit and Bobby Outfit (based on the Beheaded’s look in the animated trailers) are also available.

A new Custom Mode option called Legendaries Only has also been added, which causes every weapon found in a run to be Legendary. Legendary Weapons as a whole have been reworked with double-stat scaling removed but the colorless status kept intact. New Legendary Affixes can now roll on all weapons.

These provide unique bonuses like Double Stack, increasing the stacks of status ailments like Poison and Fire applied by weapons. True Evil triples the damage of a weapon but locks the rest of your equipment until you remove it. Legendary Weapons also have their unique Legendary Affixes like the Tombstone’s Cascading Tomb which triggers Doom repeatedly and Super Slice on Queen’s Rapier which increases the range of reality slashes.

Check out some of the patch notes below and the full patch notes here. Update 30.0 is coming “very soon” to consoles so stay tuned for more details.

Those features were already in the Mobile version of Dead Cells, we just brought them over to PC and Consoles!

You can now pet your Pets when you are in transition areas, by holding interact next to them!

Removed the double stat scaling, but kept the colorless status. They now scale on your highest stat only. It was mostly overpowered, rather counter-intuitive (you had to split stats whereas you should do the opposite in non-legendary situations) and not really fun (just adding more damage on top of your damage).