Honestly, much better looking than the regular box art.

Given digital game’s continuously rising prevalence, many might be thinking of buying Death Stranding digitally. But if you’re in Europe, you might want to get a physical copy for this one, because European markets are getting an edition of the game with what can some really slick cover art.

As PlayStation Europe announced via its official Twitter page, Death Stranding’s standard edition will also come with a “Higgs Variant” in the region. Instead of Norman Reedus – who’s on the box art for the game’s regular physical release – the Higgs Variant sports an image of the titular character, played by Troy Baker, sporting his menacing hood and golden mask. Interestingly enough, the Higgs Variant is only available via Amazon UK- you can pre-order it through here. It’s worth getting for the cover art alone- take a look at the comparison image below.

Death Stranding wrapped up development last month, and will be out exclusively for the PS4- a launch trailer should be coming our way any day now, while a launch event for the game will also be kicking off in Paris later this month. Sony recently also announced a limited edition PS4 Pro bundle- check it out through here.

Tomorrow is in your hands with the #DeathStranding Standard Edition (Higgs Variant).

Includes Death Stranding and an exclusive sleeve featuring the Man in the Golden Mask, Higgs, with metallic and embossed detailing. 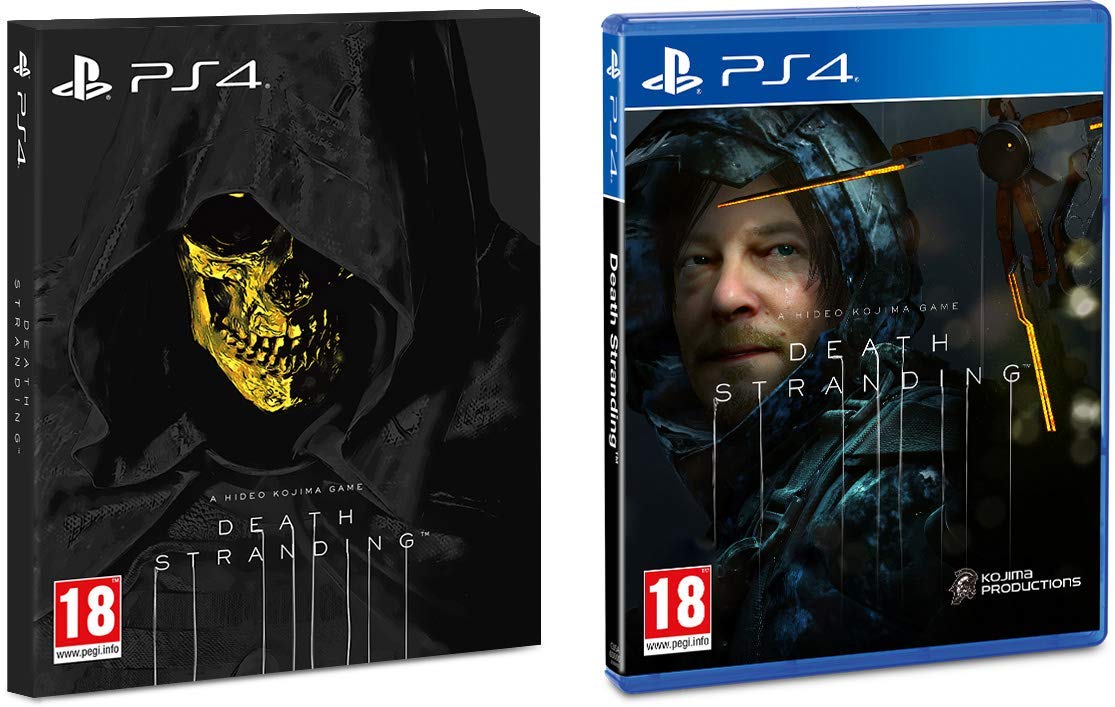