Deathloop Guide – All Slabs and Their Locations, and the Best Powers

Confused about Slabs and upgrades along with their locations and what to Infuse? Here's how to find them all along with the best options. 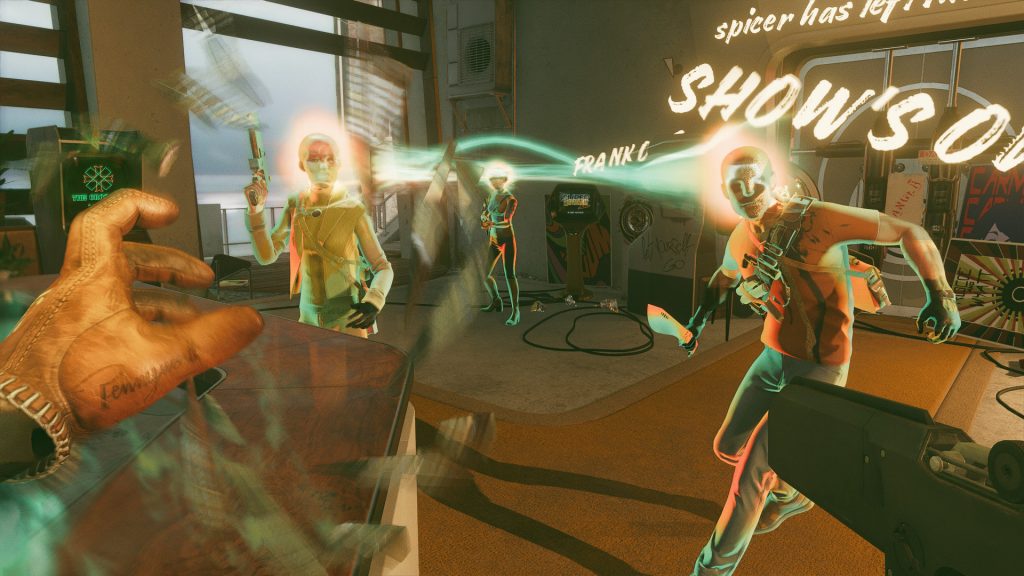 Slabs are a pretty important part of your arsenal in Arkane Studios’ Deathloop. The first one that Colt receives, Reprise, respawns him a short distance away upon death. Though you need to return to your corpse and retrieve the Residuum lost, it essentially adds two additional lives to your repertoire. Upon leaving a District or killing Julianna and harvesting Residuum from her remains, all Reprise charges will replenished. You can’t upgrade this Slab.

But that’s only the beginning as there are other Slabs to acquire throughout the game. You get them from killing certain Visionaries and there are six in total. Not every Visionary (like Wenjie and Frank Spicer) has a Slab and in order to acquire upgrades for a Slab’s ability, you need to kill its corresponding Visionary again and again. Killing Julianna also sees her dropping a Slab or upgrade, though it’s completely random.

Upon obtaining a Slab or upgrade, it needs to be infused with Residuum to ensure it’s availability in future playthroughs. Slabs typically require 15,000 Residuum while upgrades need 8,000 each. The best way to earn more Residuum is to kill Visionaries. Ut can be worth going through certain Loops just to farm the material along with the Slabs/upgrades needed and then infusing them at the end. Just remember – any Residuum earned in a Loop will be lost once you start a new day. If there are any unneeded Trinkets acquired in this period, you can sacrifice them to earn a bit more Residuum for Infusion purposes.

Let’s take a look at all of the Slabs here along with their upgrades. The first is Aether, obtained from Egor Serling, either in The Complex at evening time or in Updaam in the evening at Aleksis’s party. It grants invisibility for a brief period, making the player undetectable by laser sensors (but not mines since those are motion sensors). Enemies also can’t detect you from a distance but are sometimes capable of doing so up close.

Here are the upgrades for Aether:

Shift is essentially Blink from Dishonored and allows for traversing distances quickly. You need to pillage it from the remains of Charlie Montague, who hangs out in Updaam during the noon. Along with quickly traversing distances, Shift is also good for confusing surrounding enemies. This makes it an ideal tool for quickly getting out of a rough encounter (because confused enemies means reduced aggro, which means less damage taken). The upgrades for Shift are as follows:

Karnesis is the third Slab and can be obtained from Aleksis Dorsey. He can only be found in Updaam in the evening, playing host to a party in his mansion. Karnesis essentially works like telekinesis – it allows for pushing and picking up enemies to throw around. Its upgrades include the following:

The next is Havoc, which you get from killing Fia Zborowska. She can be found in Fristad Rock in the noon time. When Havoc is active, you take reduced damage and deal more damage. Taking damage causes your Power bar to deplete faster but it’s a great survival tool for those in favor of straight-up gun play. Here are all of the upgrades for the same:

Finally, there’s Nexus, an ability similar to Domino from Dishonored 2. It can be obtained from Harriet Morse in Karl’s Bay during the morning time. Nexus essentially allows for linking enemies together. Causing damage to or killing one enemy will thus eliminate all linked enemies. When tossing out Nexus, it will have a short area-of-effect upon landing. This means you don’t need to precisely aim at a target or group of targets to link them together.

If two targets are a decent amount of distance apart, you need to cast Nexus again to link them. Also keep in mind that the Power bar drains for as long as Nexus remains active on targets. More targets means faster drain. Here are all of the different upgrades you can get for Nexus:

When playing as Julianna, she has her own special Slab called Masquerade. It can’t be upgraded and is automatically available when playing as her. This allows her to exchange her appearance with an NPC, including a Visionary. You can use this to lead another player on a wild goose chase when masquerading as a Visionary or hide among the other NPCs and get the drop on them. Masquerade is very situational though – if you use it and then go chasing after a player, your movement will make it clear that you’re actually Julianna. Some players will pick up on this and others won’t so be warned.

Best Slabs to Use

In terms of the best Slabs, it depends on your play-style. If going loud and slaying scores of enemies is your thing, then Havoc with the Withdrawal and Euphoria upgrades is highly recommended. Pair this with a high-damage, high-magazine weapon to keep the effect going, dealing increased damage and shredding through almost any foe. Your second ability can be anything else but I personally recommend Shift to quickly get away (if you have Power left), recharge Havoc and then re-enter the fray.

For more stealthy players, Nexus and Aether are must-have abilities. The former can take down multiple enemies in one fell swoop, making it simply indispensable when you’ve got the drop on them. Use Influence and Protraction to quickly chain groups of enemies together without worrying too much about Power drain. For Aether, recommended upgrades include Ghost, Phase and Flicker. Being able to stand still without draining Power synergizes very well with Nexus. Of course, you could also go with Nexus and Shift to escape if things go south. A silenced pistol or nail-gun along with a sniper pistol should complement the abilities well enough.

If you’re looking for a mix of both styles, then Havoc with either Nexus or Aether is recommended. You lose out on a decent amount of mobility without Shift but it means you can dispatch enemies quickly without raising an alarm, sneak by tripwires and sensors, and then tank tons of damage when discovered. Aether is also incredibly useful for reducing aggro since enemies will be confused at your sudden disappearance, making it easier to escape.