Having trouble finding pictograms for an important Lead? Want to learn more about the spies in Blackreef? Here's how to solve for both. 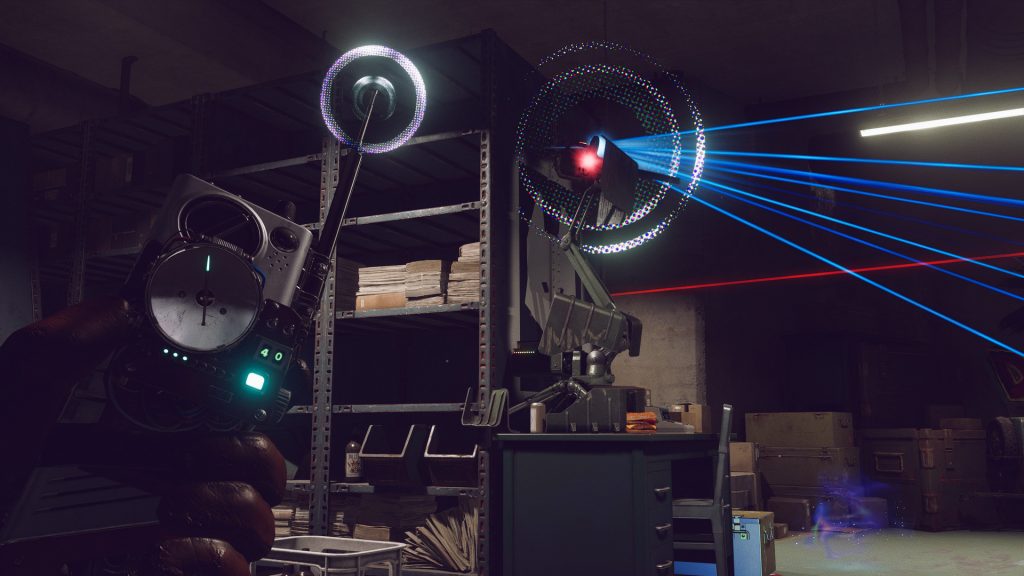 While investigating a Lead to open a door in Deathloop (it’s a long story), you need to travel to Fia’s Fortress in Fristad Rock. The objective is to find four Pictograms, which are contained within Fia’s art, to then use as a solution for opening the door. There are a few problems though.

Tripping the sensors or having the guards sound an alarm will result in Fia activating the reactor in her fortress. You then have 60 seconds to evacuate, which is a nice way of saying you have to leave the District or start a new Loop. Killing Fia will prevent this from happening though you could also cut the right wire to stop the reactor’s meltdown. Either way, it’s a good idea to eliminate her and then clear the facility of guards, turrets and so on in order to freely investigate.

The second problem is that the four pictograms required are randomly chosen among the 14 present in the base. You’ll receive different clues for each one but it can be a bit infuriating to run around, not knowing where to look. To save some time, let’s take a look at all of the pictograms here.

Check out the video guide below from PowerPyx to see where exactly each pictogram is located.

Occasionally while exploring Blackreef’s Districts, you may have stumbled upon a locked door. Ringing the doorbell doesn’t seem to do anything and there doesn’t seem to be any other entrance. But that’s not quite the case, at least for one of them.

Essentially, these are hideouts for spies who have been investigating the AEON Program and each has their own specific code. The first hideout in Fristad Rock can be entered through an alternate path in the afternoon or night once the water levels are low enough. Travel left of the tunnel and you should happen upon a door concealed by some wooden planks. Break the planks and there will be a path that leads to the first hideout, the Storm Shelter.

This is essentially the main headquarters for the spies – there’s a door here that can only be opened when you have three codes. The location otherwise has an audio log, a Trinket, more information on the Visionaries and the first code. In order to access the two other spy hideouts and obtain the other codes, you have to find their coordinates from a radio broadcast.

The broadcast can only be listened to in the morning but if you go to any of the telephone boots or locate any of the portable radios in any District (the same ones that can be hacked to cause a disruption to distract enemies), then Colt’s Hackamajig can be used to tune in. During the broadcast, you’ll hear three specific coordinates. To ensure you don’t miss them, make sure to have subtitles turned on.

The coordinates in question are M13, H26 and R33, with each followed by a random number. These correspond to Karl’s Bay, Updaam and Fristad Rock respectively. The Fristad Rock hideout is the spy HQ that you’ve already discovered. Updaam’s hideout is next to Otto’s Fireworks Shop while the Karl’s Bay hideout is next to Treasure of the Ice! The random number indicates how many times you have to ring each hideout’s doorbell to open it and is unique for each player.

Upon entering the Updaam hideout, you’ll find an Exemplar Vopant Trencher along with details on some other Visionaries and the second code. Head to the Karl’s Bay hideout and you’ll obtain notes on what happened to the spies, an Exemplar PT-Spiker and the third code. With all three codes, return to the spy headquarters in Fristad Rock.

Use each code on the back wall – this will open up a room with two Exemplar Tribunal Pistols, details on various Visionaries and even security codes for Frank Spicer’s place and Fia’s reactor. You’ll even find a code for Gideon Fry’s Delivery Service. Again, if you’re having trouble finding the spy hideouts, simply refer to the video guide below from xGarbett.

For more details on Deathloop, check out our official review here. You can also check out the best Slabs and which upgrades to use for your play-style here.