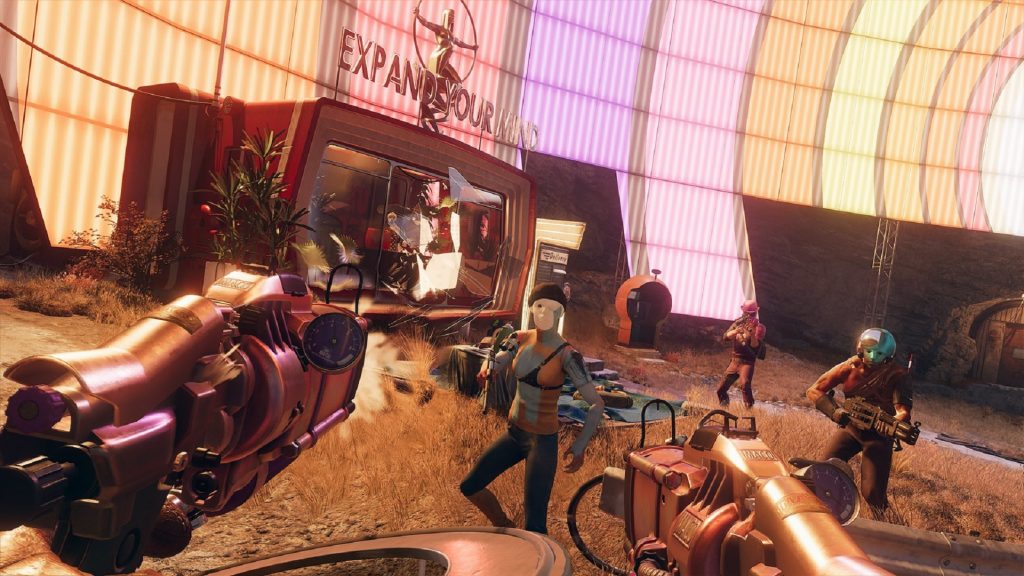 Bethesda Softworks and Arkane Studios have released a new trailer for Deathloop which shows off the snazzy pre-order bonuses and content available in the Deluxe Edition. Pre-ordering either the Standard or Deluxe Edition nets the Royal Protector Machete (exclusive to the PS5), the “Storm Rider” Colt skin and a trinket that provides a buff. Things take a James Bond-style turn with the Deluxe Edition.

Both Colt and Julianna receive 007-inspired spy suits dubbed “Party Crasher” and “Sharp Shooter” respectively. Unique weapons include the Eat the Rich Tribunal and .44 Karat Fourpounder weapons with aesthetics that call “The Man with the Golden Gun” to mind. Of course, there’s another PS5 exclusive weapon here with the Transtar Trencher which is inspired by Prey (2017).

The Deluxe Edition also offers selections from the game’s soundtrack along with two trinkets to equip. Deathloop is slated to release on September 14th for PS5 and PC. It will remain a PS5 exclusive for one year. Head here to check out its latest gameplay walkthrough.