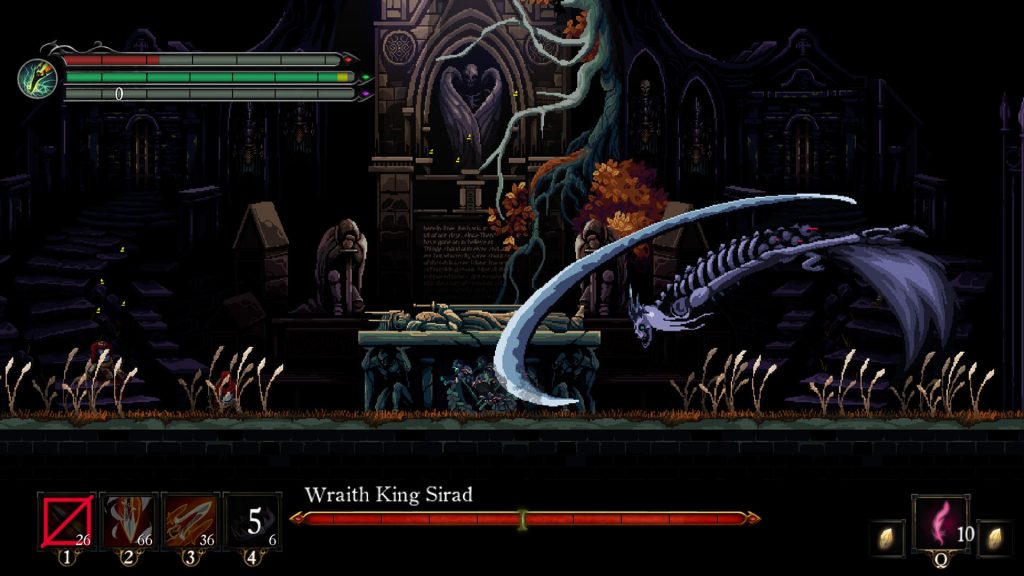 Death’s Gambit is getting a new lease on life later this year with Afterlife, a free expansion which adds six new bosses, ten new levels, 100 talents and lots of new weapons. In a new features trailer, director Jean Canellas outlines all of the content and changes that fans can expect. The focus with the expansion was to give fans what they’ve been asking for.

The class selection screen has been changed, now allowing players to try out each before committing to them. Input buffering has been fine-tuned to provide more control over one’s actions, meaning the player can now change directions when starting an attack. Endurance and Haste will be capped at 30 but now provide more significant increases to damage, stamina and cooldown reduction.

As for talents, each class has a general talent tree and their own specific talent tree – one can unlock a second class talent tree and multi-class. Upon completing the game, Advanced talents become unlocked which provide boosts even when starting in New Game+. Lots of new weapons have been added, some being available in the open world and others being boss drops.

The full trailer is worth checking out due to the overwhelming number of changes. Death’s Gambit: Afterlife is out later this year and will be coming to Nintendo Switch first. It will then launch a month later for PC and another month after that for PS4.