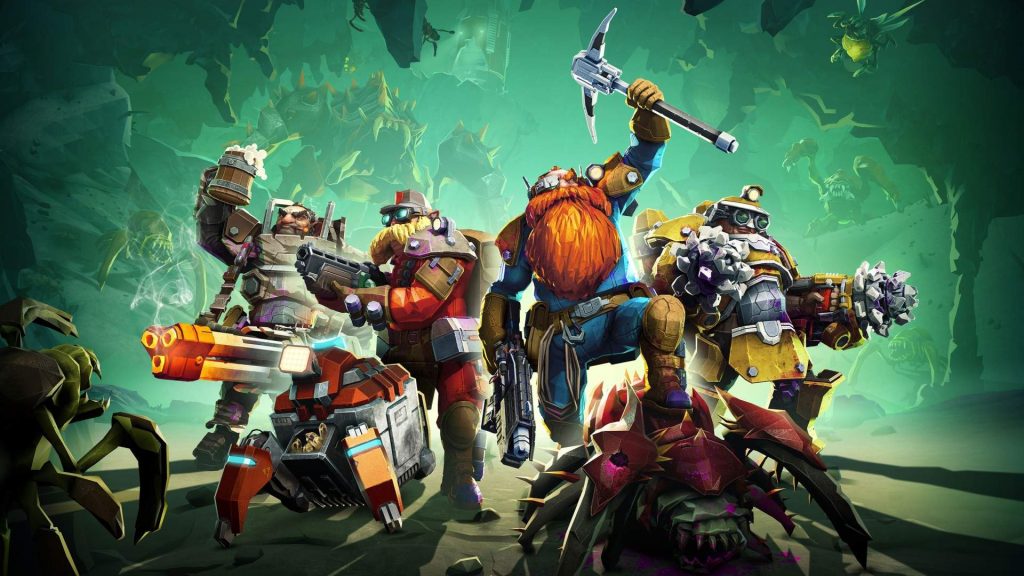 Coffee Stain Publishing and Ghost Ship Games have just announced that the co-op mining FPS Deep Rock Galactic has surpassed 3 million in sales. This is up from the 2 million units it had sold as of earlier this year. As revealed in a recent press release, this comes shortly after the launch of the Season 01 of the Performance Pass.

The publisher also reveals that earlier this month, Deep Rock Galactic broke its concurrent player count record with over 40,000 players, while it also surpassed its daily active user peak on November 7, attracting over 233,000 players. In total, all players have collectively played the game for over 125 million hours.

Deep Rock Galactic will continue to move forward with a free seasonal content model in an effort to appeal to both newer and long-time players. It’s also been revealed that over 1.4 million DLCs for the game have been sold, which is impressive, considering the base game’s sales. Developer Ghost Ship Games was also recently acquired by Embracer Group.

“The way Ghost Ship Games operates is remarkable. It has been an uninterrupted pleasure joining them on this journey so far, and by all accounts we’re nowhere near done,” said Albert Säfström, CEO of Coffee Stain Publishing. “The shift to seasons seems to have resonated with our players, and the newly expanded community has so much more to look forward to.”

“When we launched into Early Access at the start of 2018, we wouldn’t have suspected that we’d be reaching new peak CCUs and sales milestones at the end of 2021!” Said Søren Lundgaard, CEO and co-founder of Ghost Ship Games. “We’ve always developed Deep Rock Galactic alongside our community, and the new Performance Pass was squarely aimed at giving them more ways to play, for a longer period of time, so we’re delighted this has also resulted in such a major milestone for us.”

Deep Rock Galcctic’s Season 01 is already out on PC, and will also be coming to Xbox One on 18th November.