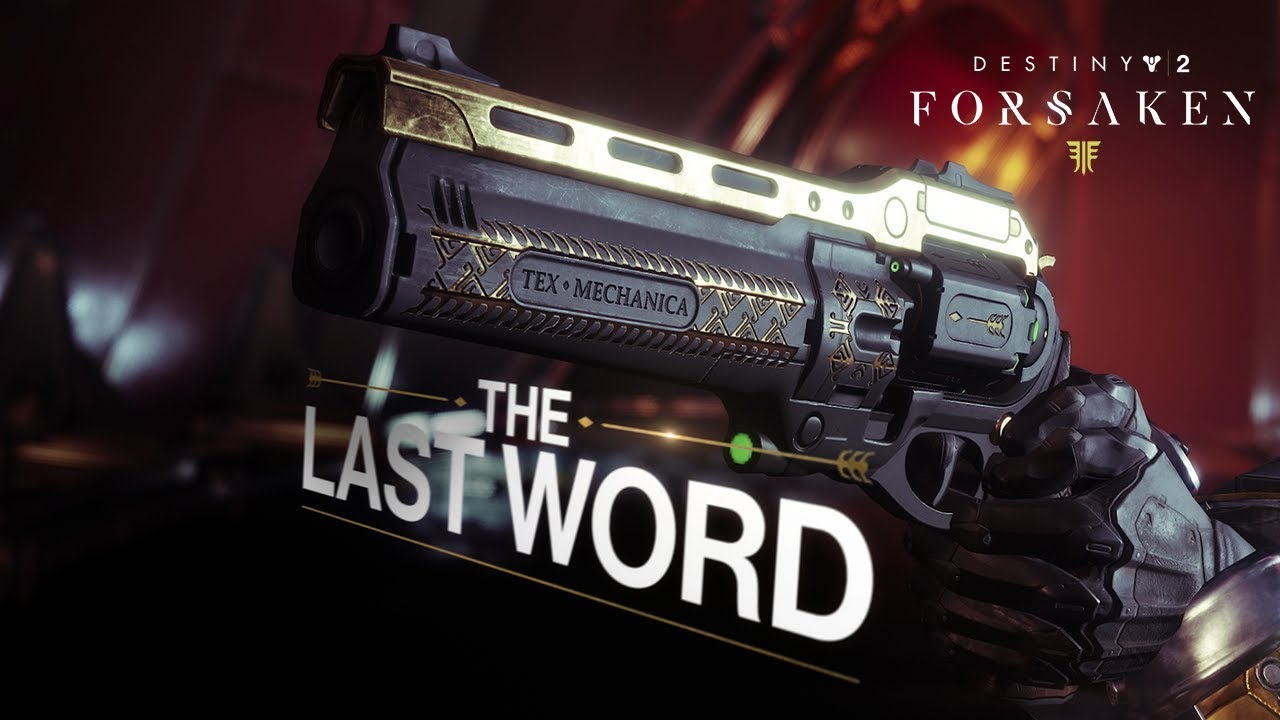 Exotic handcannon The Last Word has almost arrived for Destiny 2: Forsaken players. Owning the Annual Pass is required beforehand, of course, but the weapon still looks fairly snazzy in its current incarnation. Check out Bungie’s latest trailer for the same below.

The Last Word seems to have maintained its bonus to accuracy when hip-fired, though its debatable whether the bonus damage still remains. Throughout the first Destiny’s life-cycle, The Last Word faced a number of nerfs to deter its dominance from the highest levels of play. It still dominated pretty strongly though, so we’ll see how it affects the current Crucible meta in Destiny 2.

What’s more interesting, however, is another Exotic handcannon teased at the end of the trailer. The familiar projectiles of the Thorn can be seen, and we seem to be getting it in Season of the Drifter (which starts in March). Granted, it’s likely to be exclusive to the Joker’s Wild DLC, so if you don’t own the Annual Pass, you’ll be missing out. Stay tuned for more details on The Last Word – its quest goes live later today.