Details About E3 Floor Maps Revealed; Nintendo And Sony Will Have The Largest Floor Spaces

Microsoft will also have a fairly large area as they will have their own space in another building.

One of the biggest events related to the gaming industry is E3 and it is going to take place in about a months’ time and there’s a lot to be excited for. Now, the ESA has revealed the floor plans for the main areas during the event. The official maps aren’t labelled, so it’s difficult to make out which companies will be in charge of the given areas. However, one user on Resetera has uploaded the floor maps with labels which denote each company’s areas on the floor.

Of all the companies shown in the floor maps, it looks like Sony and Nintendo have the largest areas. Other companies such as Activision, Bethesda, Square Enix, and Ubisoft also have relatively large areas on the floor. At the convention center, Microsoft only has a Mixer booth. However, they will have their own space in a theater close by, so we can expect it to be a fairly large area as well.

You can check out all images of the floor maps below. E3 will be held from between June 12 and June 14. What are you most excited to see at this year’s E3? Let us know in the comments. 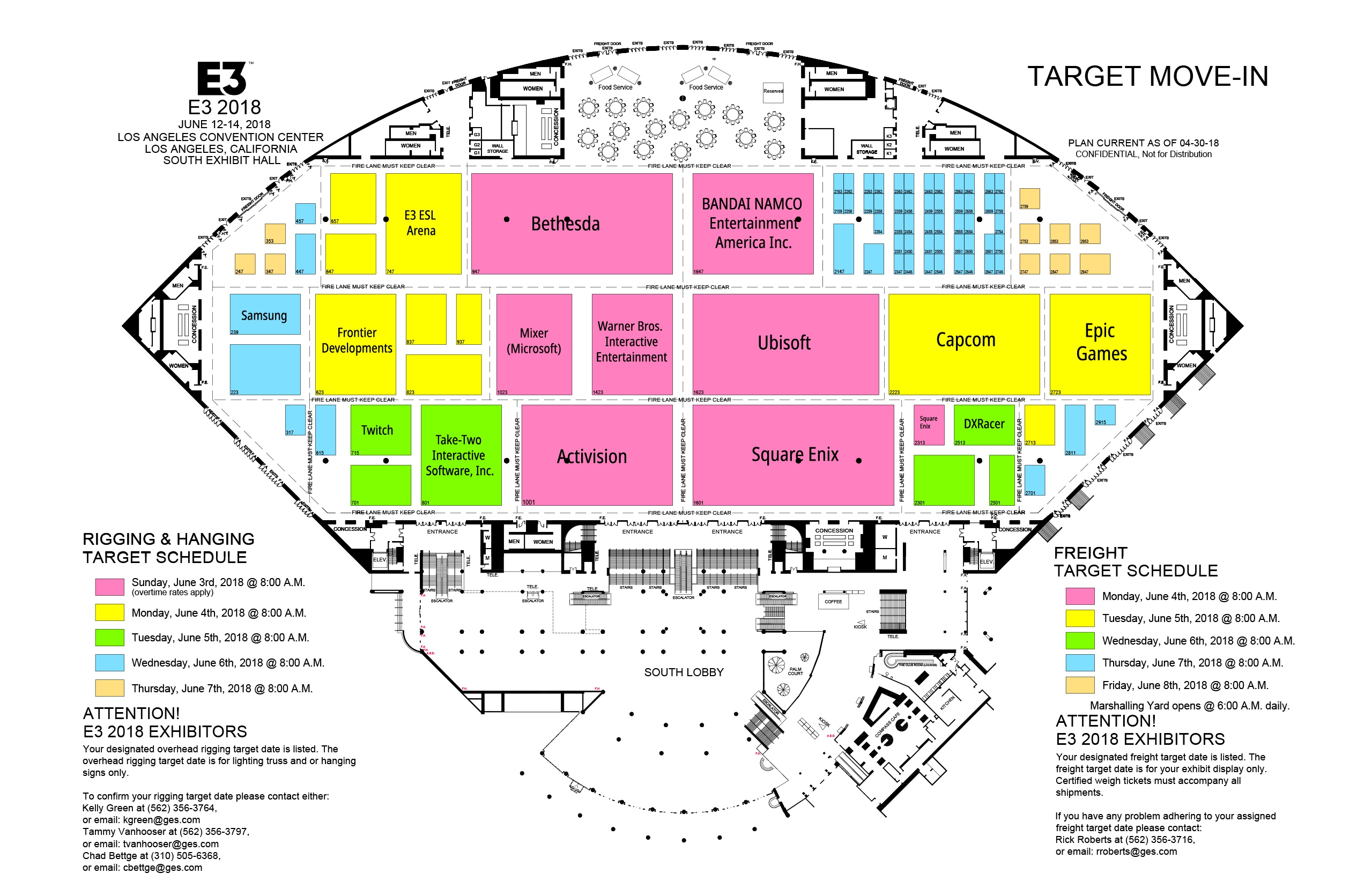 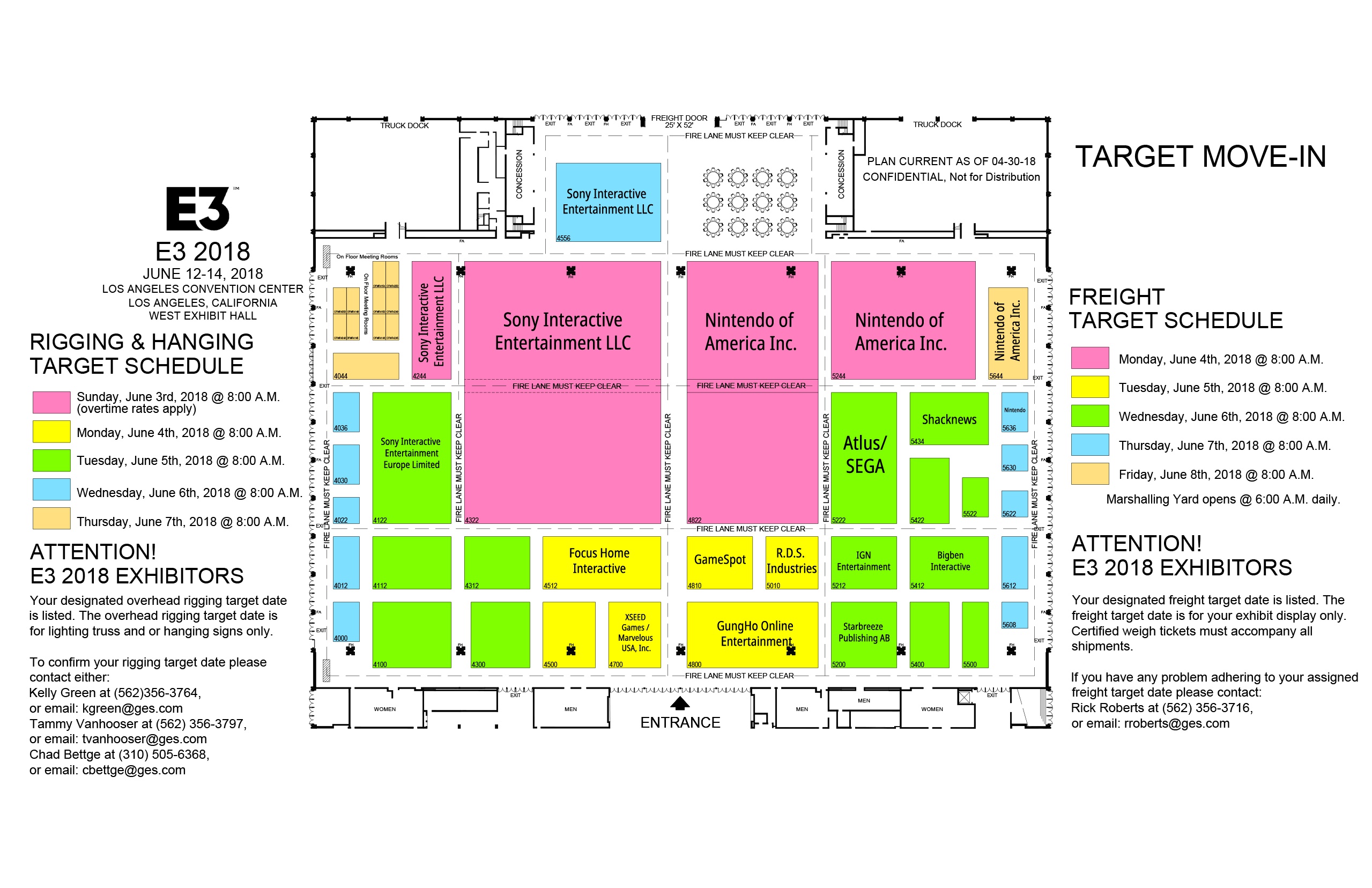 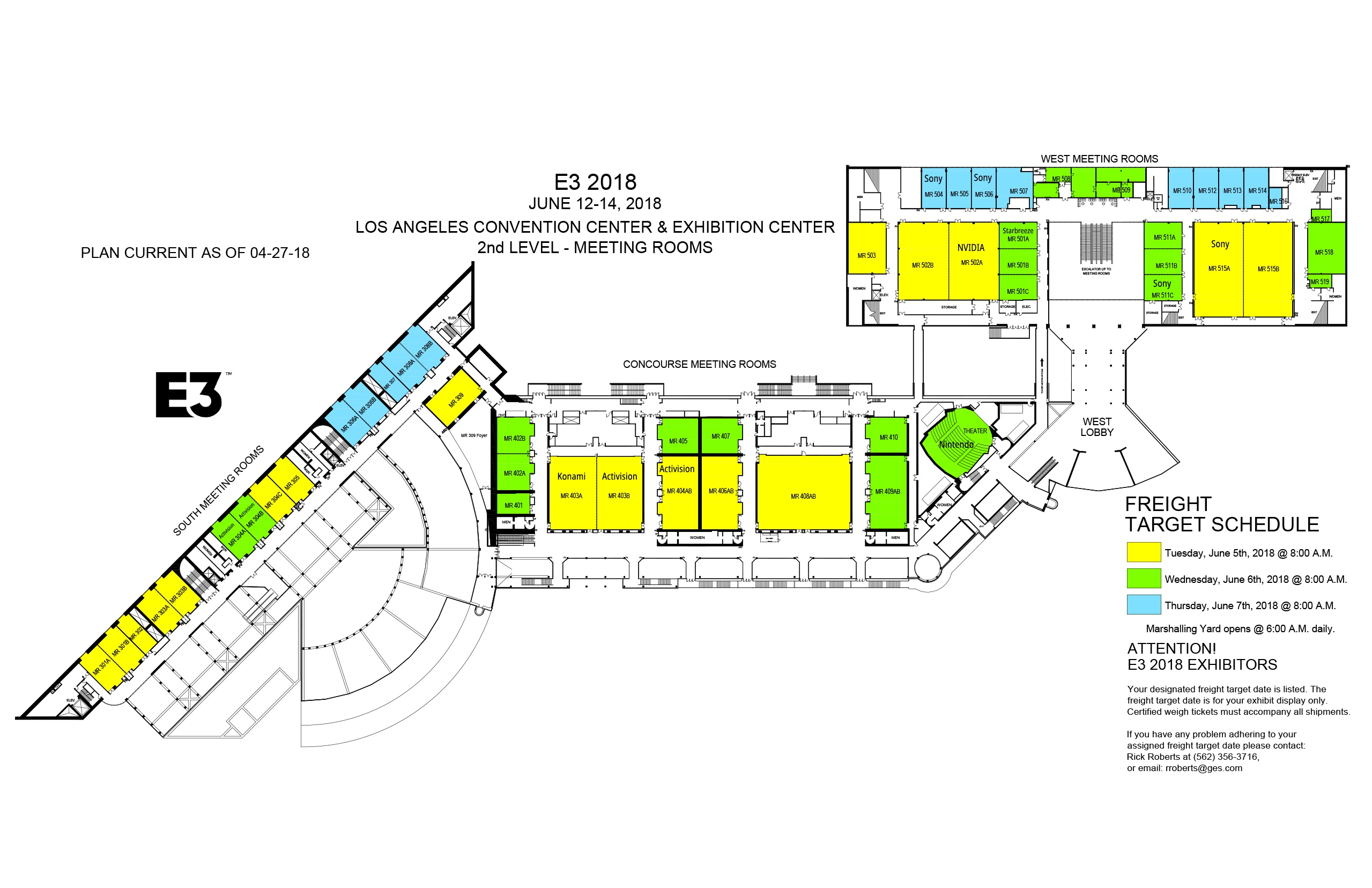