Devil May Cry 5 is looking exactly like the game we've all been waiting for. 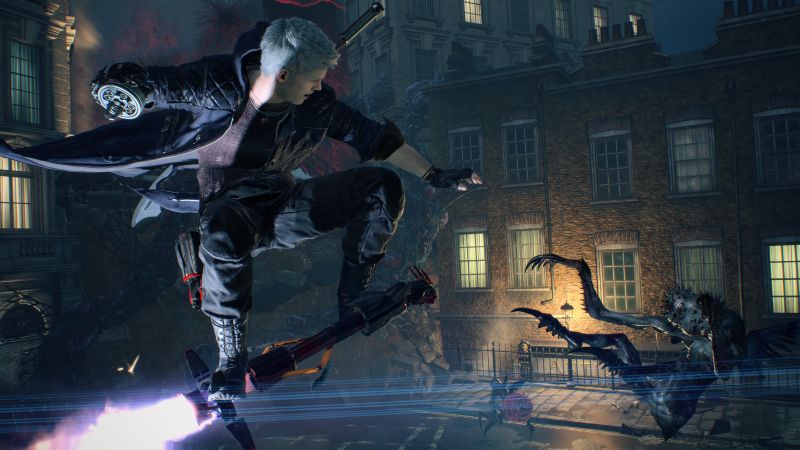 Capcom has been very kind to fans in recent memory. At E3 2018, they finally announced Devil May Cry 5 after years and years of consistent demand. Gamescom 2018 has also brought more news for the millions who’re awaiting its release with bated breath, such as a new trailer and a release date confirmation.

Capcom had, however, also promised that they’d be bringing a gameplay demo of Devil May Cry 5 to the event with them, and true to their word, that is exactly what they have done. You can watch fifteen minutes of gameplay footage from Devil May Cry 5 below (courtesy of IGN).

The first and most obvious remark to make here is just how stunning the game looks visually. Devil May Cry 5 is being built on the incredible RE Engine, which was used for Resident Evil 7 and is also being used for the upcoming remake of Resident Evil 2, so we already knew DMC5 would be a visual beast. There’s loads of detail in here, some excellent lighting, and amazing animations for all the characters.

Moving on to the meat of the demo though, the footage goes into great detail with the combat, which is looking exactly like the kind of stuff series fans have been dreaming of for years. It’s action-packed, slick, and buttery smooth, with air juggling, a mix of shooting and slicing, and all the other hijinks you expect from a Devil May Cry experience, with abilities for Nero’s new prosthetic arm and grappling added on top for good measure.