The squirrel knight will offer a new quest to stop the coming of the Great Acorn. 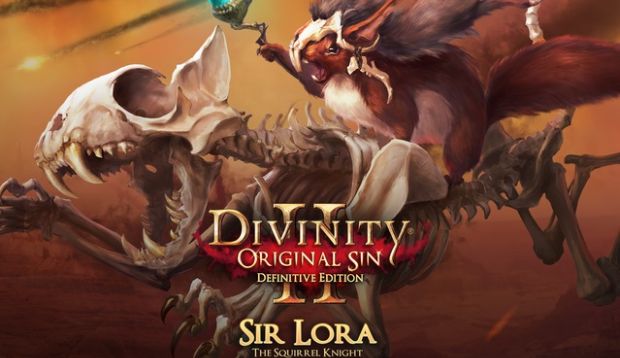 One of the best RPGs released last year, Divinity: Original Sin 2 will be getting even better when the Definitive Edition launches in August. Along with bringing the game to consoles for the first time, it will also debut the new Sir Lora DLC. Check out the latest trailer below to see the squirrel knight and his noble undead steed Quercus in action.

Sir Lora will join players in Fort Joy with a quest involving the Knights of Drey. These knights believe that the Great Acorn is upon us and Sir Lora wants to prevent its arrival to save the world. Typical squirrel knight business, if you ask us. Along with his “wit and wisdom”, Sir Lora also has some “skill-crafting secrets” to share.

The DLC will be available to Xbox One and PS4 players who pre-order the game. PC players will get it for free if they purchase Divinity: Original Sin 2 before August 31st. The Definitive Edition will also be free for PC players and brings hundreds of improvements to the writing, pacing, characterization and structure of the game’s story.